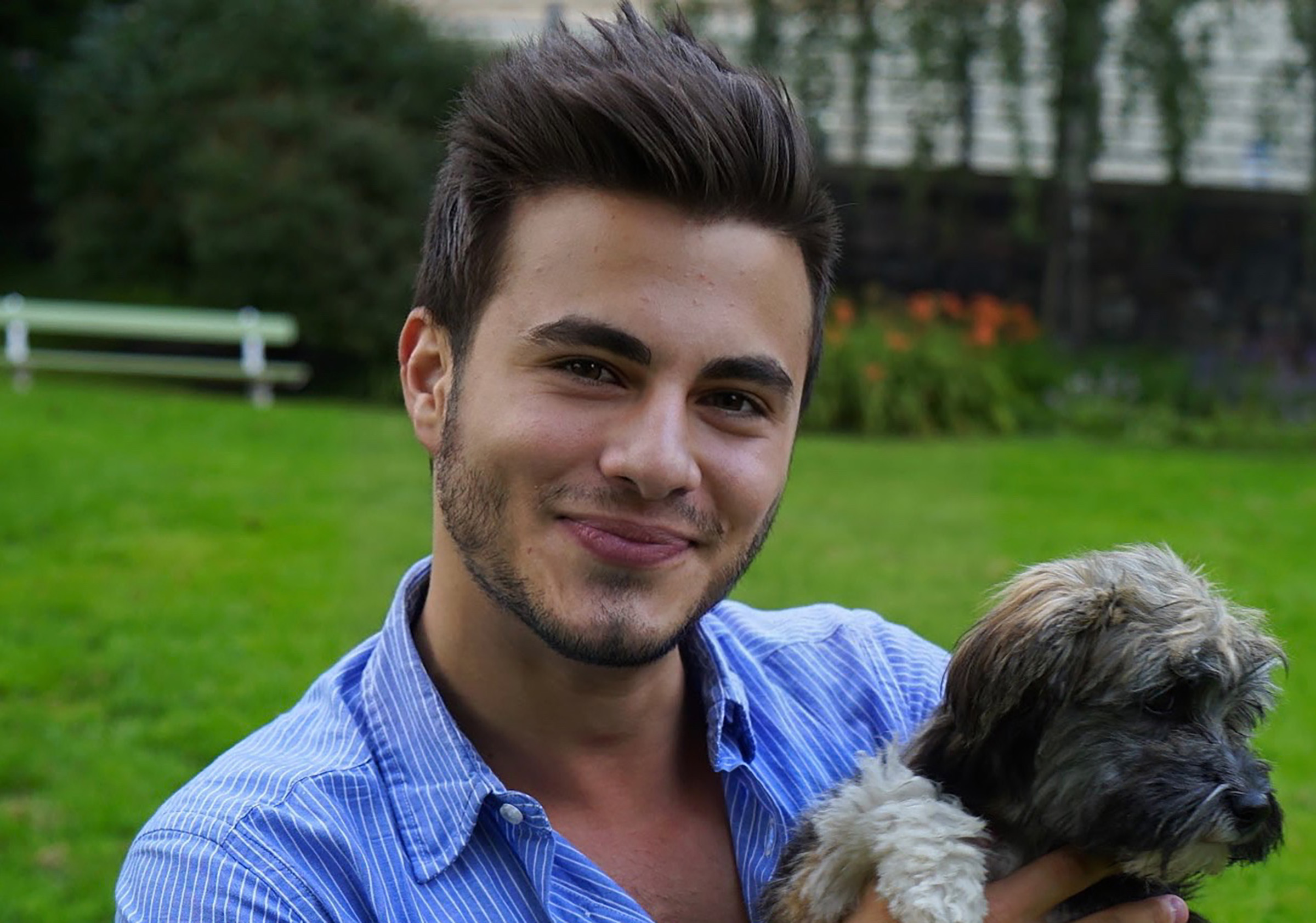 Host My Pet is a Finnish startup that was recently acquired by GuDog. One of the founders, Mert Mutlu, is an AVP alumnus who came to Finland as an electrical engineering bachelor student and left as a successful entrepreneur. Besides his new skills, one of his biggest takeaways was his trusted team that’s already ready for something new.

Mert Mutlu came to Finland as an exchange student from Turkey in 2015 with big dreams and a background in electrical engineering, but not much experience in being an entrepreneur. Over the course of a few years, he proceeded to win a hackathon, help his fellow students develop ideas that later became successful startups, coach a hackathon for 300 EIT-students, and found, run and sell his own company. Whether it was talent, hard work, divine guidance, or a combination of all of them, we wanted to know how he did it, and what his plans are for the future. 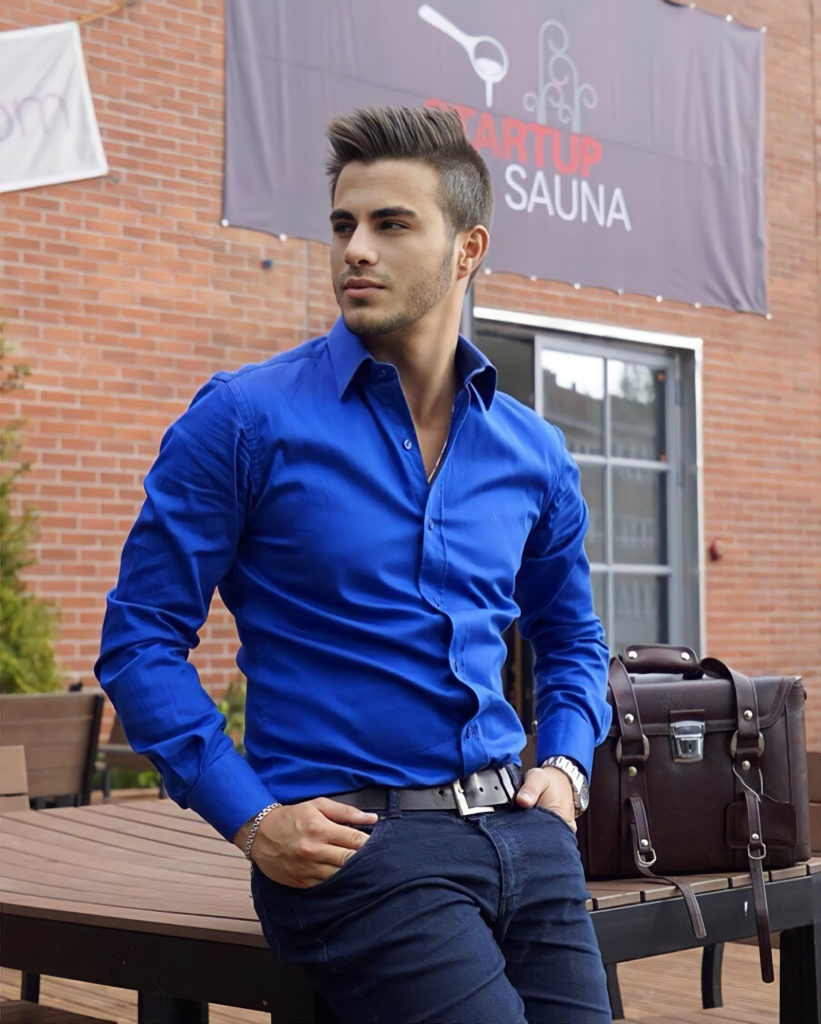 Mert in his natural habitat, outside Startup Sauna

When he arrived in Finland, Mert already had a plan: he would take all the chances available to develop himself. “I literally just browsed Facebook and attended all the events I could find,” he says laughing, “It was quite hectic.” One of the first events he found himself in was Startup Weekend Helsinki hackathon. With the only goal of being a part of a team in which he could be helpful, he ended up with a group of people who had one thing in common: they were all pet parents. The group saw something in Mert, and suddenly he was the project manager for a team of five who had 54 hours to develop an MVP (minimum viable product). Their solution was a peer-to-peer marketplace for pet owners and pet lovers — an online service where pet owners can find individual and reliable pet sitters. They named it Host My Pet and secured first place in the hackathon. “Winning the event and working on our idea was so motivating. I knew what I wanted to do with my time in Finland now,” Mert says. There and then, his entrepreneurial journey truly started.

The virtuous circle of learning

The two developers in his hackathon team were busy with other work, and couldn’t keep working on Host My Pet, so Mert put that aside for a while and concentrated on developing himself in the arts of business and entrepreneurship in the meantime. Still keeping up with his practice of attending all the events he could find, he learned at an Aalto Ventures Program event that he could take the Startup Minor even as a bachelor exchange student. He immediately signed up for three courses: Startup Experience (then Entrepreneurial Experience), Startup Finance (then Entrepreneurial Finance) and Startup Marketing (then Entrepreneurial Marketing).

Thinking back to his time at AVP, Mert gets visibly excited. “It wasn’t just professors we learned from, but also from actual entrepreneurs and from each other. The atmosphere, the diversity, it was amazing. Everyone had a different story and so much to learn from”, he says.

In AVP courses, the students often build an idea from scratch, and Mert too worked on ideas other than his own. In Startup Experience, he worked with the idea that later became Kanssani, and in Startup Marketing he helped develop Särkifood. “Working with Särki was so thrilling because we could immediately take what we learned and put it to practice since we had a real product for sale at Restaurant Day,” Mert says.

It wasn’t just professors we learnt from, but also from actual entrepreneurs and from each other.

The idea of constant learning and applying felt so good, that Mert decided to start working a bit more with Host My Pet again, to apply what he was learning at AVP. Even though he still had two members of his old team left, and the two others had given their blessing to continue without them, he desperately needed a developer. “I learned in AVP’s Startup Experience course that the people you work with make a huge difference, even more so than the idea you work on, so I really wanted to make sure I team up with the right person,” he says. The right person was Minh Duc “Daniel” Ta, another Aalto student Mert found from Linkedin after interviewing several applicants.

Growing up and giving back

With this new team, Mert participated in Lungi summer accelerator program by Helsinki Think Company, and in the summer of 2016 Host My Pet got their first seed investment even before becoming a real startup. Encouraged by their new team, greater experience and their newly acquired cash, they launched their MVP and founded a company in fall 2016.

Our shareholders’ agreement, our recruiting and marketing strategies, our revenue projections — they were all based on what I learned at AVP.

Over the next few years, Mert and the team focused on growing Host My Pet, applying everything he had learned at AVP, Helsinki Think Company, Aaltoes and all the other entrepreneurial ecosystem players Mert had gotten to know. “Participating in Startup Experience made me feel like a child who was given new toys all the time. I felt so fulfilled, I learned something new and got new tools every week, and I got to use those tools immediately with Host My Pet. Our shareholders’ agreement, our recruiting and marketing strategies, our revenue projections — they were all based on what I learned at AVP.” 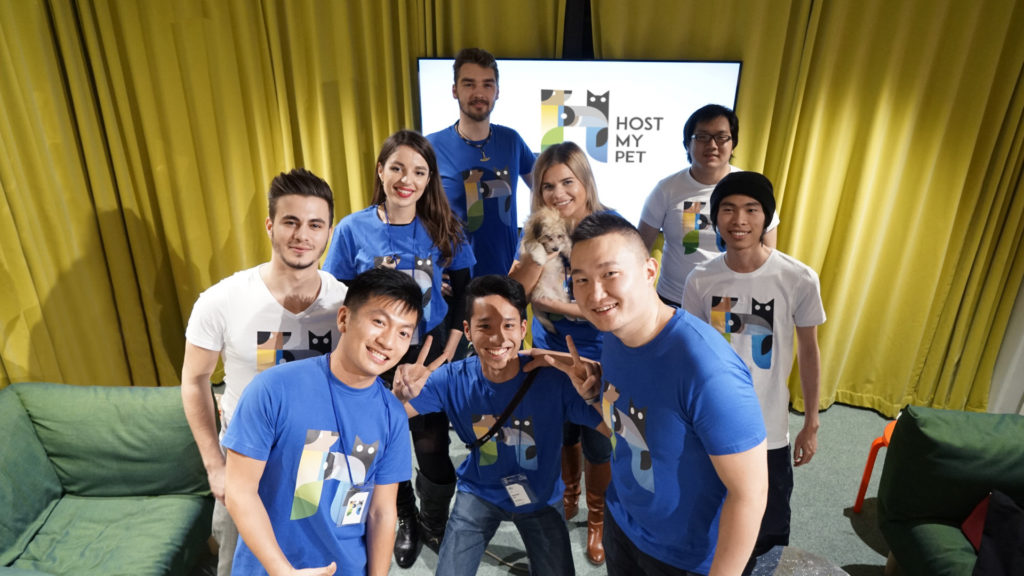 One of Mert’s fondest memories of Finland is when he was asked to join EIT Digital Master School’s kick-off event as a coach and mentor in 2017 — only two years after learning his first lessons about entrepreneurship. The event is a two-day hackathon for over 300 students, but Mert wasn’t fazed. “Someone had an idea related to pets, and so Olli-Pekka Mutanen from AVP asked me for help. I was in Ukraine on a holiday at the time, so I flew to Finland to give a hand and then flew back. It was the least I could do after everything I’d gotten,” he says.

All good things must come to an end, so the time had come for Host My Pet too. Mert knew he had to go back to Turkey to finish his studies, and his team members also had other commitments. They still strongly believed in the idea, they had had companies reaching out for collaboration and they had acquired another company, Dogia, in 2017, so an exit seemed the obvious choice. An Irish company called GuDog had a similar vision as Mert’s team and was keen to get into the Finnish market, and so Host My Pet was sold to GuDog in January 2021.

Anyone who wants to study entrepreneurship should go to AVP.

Even though the story Host My Pet as a company may have come to an end, Mert’s story is far from over. “The last few years have been hectic, but I’m already ready for new adventures,” he says. The team is still keeping in touch and has been working on some smaller projects together, and there have been talks of starting something new. “I really want to build something again, something that’s helpful to the society and can help people. And I want to do it with my team.”

Mert feels confident about his skills as an entrepreneur now, and for good reason. While exchange studies can be a life-changing experience for anyone, in Mert’s case the change was arguably more drastic than for most people.

“I really appreciate my time in Finland and at AVP. There are just so many opportunities. Anyone who wants to study entrepreneurship should go there,” Mert says, “It’s a place where you go to grow.”

Of teams, dreams and SDGs — a Startup Experience story
Continue reading another post