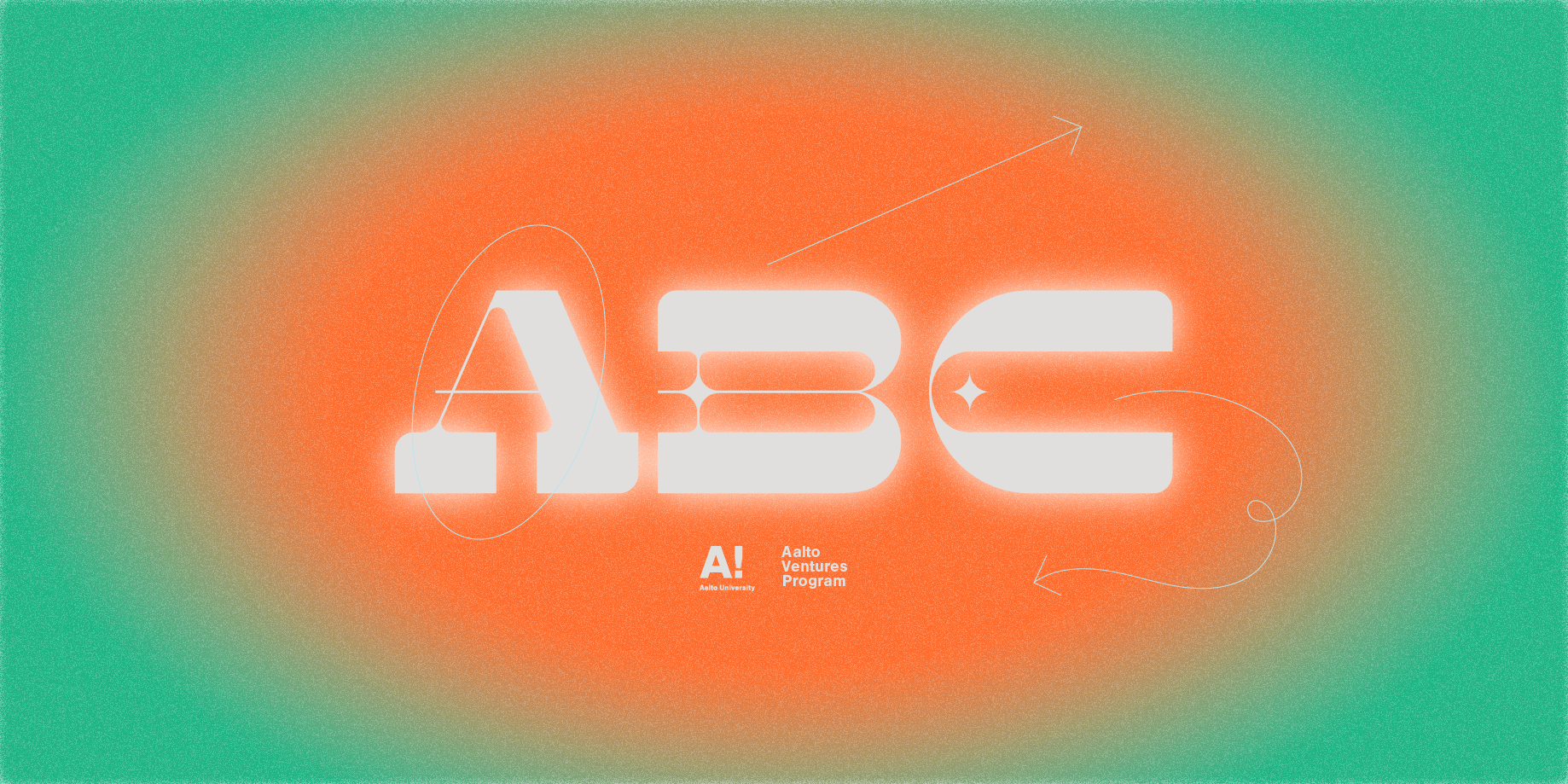 We talk a lot about entrepreneurship and startups here at AVP and Aalto University in general, but sometimes the vocabulary can be a bit strange or difficult to understand. That’s why we decided to put together a not-so-comprehensive list of startup terms and related words. So the next time you find yourself in a room with an entrepreneur, you’ll at least understand the words, if still not the point of their idea.

An organization that offers education, resources, and mentoring to early-stage startups to help them grow rapidly. Typically fixed-duration, cohort-based, and attendance paid via equity. Kiuas provides an accelerator in the Aalto ecosystem.

A moment in an economic cycle when an industry or a company is overvalued. The bursting of a bubble can lead to bankruptcies or a wider market crash, as happened with the dotcom-bubble in the late 1990s. Can also refer to where you live, if you can’t remember the last time you spoke to someone who isn’t also from Aalto.

What most entrepreneurs need lots of to get through the day.

Happens when technology or a service introduces such a radically new solution that it changes or even breaks an entire industry. What Spotify did to music, Netflix to movies, and Wolt to me making food at home.

Selling your company to make money, typically to a bigger company that will then put ads in it.

The first three groups of people who might invest in your startup even if there’s a big chance they’ll never see any profits. You just need to ask them nicely.

Disruption: What Spotify did to music, Netflix to movies, and Wolt to me making food at home.

A marketing technique that focuses on quickly finding scalable growth through non-traditional and inexpensive tactics such as the use of social media. No actual hacking is required.

The shape of a graph with a sharp increase after a relatively flat and quiet period. Something you want to see describing your company’s sales but not the global temperature average.

The practical implementation of ideas that result in the introduction of new goods or services or improvement in offering goods or services. Practicality is key here; an idea or an invention is not an innovation if it can’t be used in practice.

Words related to a specific industry you use when trying to sound like you’re smart. Goes for most words on this list.

The kind of idea that puts all other ideas to shame, and instantly gives you an edge over anyone in the same industry. Most people never get one and do quite well regardless.

A methodology for developing businesses and products that aims to shorten product development cycles and rapidly discover if a proposed business model is viable. Introduced by Erik Ries in his book called — you guessed it — The Lean Startup.

Mo’ money fewer problems. In the startup world, money is your bread and butter, like it or not. Even if you found your company for the sole purpose of making people’s lives better, you need to make money to keep the business running

A word many entrepreneurially-minded people never learned to use.

All costs that are not directly related to the production and sale of products and services that create revenues for the business. May be fixed — like rent — or variable — like office supplies — in nature. Too much overhead is usually bad for business.

A drastic change in the company’s direction, but not necessarily in its vision. A famous pivot is when the location-based check-in app with a photo-sharing feature called Burbn decided to focus on photos only and change its name to Instagram.

Made some businesses like Zoom prosper, but destroyed some others and overall not the most pleasant experience. 1/5 stars would not recommend.

Refers to how many months a business can keep operating before it’s out of money. Not to be confused with Runaway, a banger by Bon Jovi.

Also known as the Global Goals, the SDGs were adopted by the United Nations in 2015 as a universal call to action to end poverty, protect the planet, and ensure that by 2030 all people enjoy peace and prosperity. The SDGs are divided into 169 targets that provide plenty of opportunities for startups to find big, global problems waiting to be solved.

A group of people with some shared characteristics — such as age, interests, or location — that a company has identified as potential customers for its products.

A startup valued at over $1 billion. Like most unicorns, they are quite rare.

Short for venture capitalist, a VC is a private equity investor that provides capital — that is money — to companies with high growth potential in exchange for an equity stake. Most startups are not profitable in their early stages and need external funding. On the other hand, VCs can help the companies grow and then make a profit in the case of an acquisition or IPO — it’s a win-win deal.

A deal where all parties end up better than they were before the deal. See the example above.

The undefinable “something” that makes for star quality and sets you or your business apart from anyone else. “You either have it or don’t have it, and you don’t have it.” – Simon Cowell, probably.

Also known as the millennials, they are people born from 1981 to 1996. The generation is often considered lazy, spoiled, and selfish, but also an important target market for consumer companies, so I guess that’s something.

A company that barely meets overheads, and therefore either can’t pay off its debts or needs bailouts to operate, with no hope to invest in growth. As hard to kill as a regular zombie, but eats fewer brains.