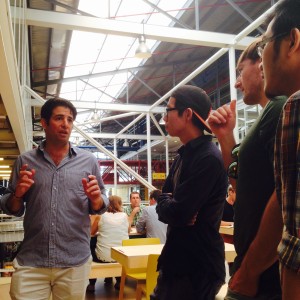 Today our excursions were loosely based on five themes: talent development, corporate-startup symbiosis, fintech and social ventures. Our first stop today was mLabs. MLabs is situated at Workshop 17, a massive co-working space above the Craft Market at the Waterfront. Derrick, our host who is leading a coding academy at mLabs, observed a large talent gap (especially in software development) in the startup space, and aim to reduce the gap through the work in the academy.

We also learnt that in South Africa, around 6% of corporate revenue (in the form of tax) goes into skill and community development. Derrick believes that initiatives such as mLabs is a good way to channel this corporate contribution into strategic development areas. Before we left Workshop 17, we also had a brief chat with Vasili Sofiadelis from Vision2Ventures.

A PwC alum, Vasili aims to bridge the gap between corporates and startups through extensive networking opportunities. After that, our next visit to Barclays Rise Center at Woodstock Exchange took our understanding of the importance of corporate-startup symbiosis further. Zach, who is heading the collaboration between Barclays and Tech Lab Africa, explained to us that Barclays Rise is actually the first corporate VC/accelerator in the entire Africa.

Through investing in early phase fin tech ventures, Barclays gains the option of equity investment in these companies whereas the latter taps into the supply chain of the Bank. This is important in the South Afrcia context, as among the 52M population, only 2M are tax payers. In other words, startups always find the market in this country too small and fragmented. Through supplier integration, corporates could help the startups scale and make themselves even more agile in adopting new technologies. Last but not least, we visited RLabs and its founder, Marlon Parker. RLabs is a social entrepreneurship driven accelerator situated in the Anthlone township (disadvantaged areas in South Africa).

Coming from a humble background, Marlon believed that studying was the right way to help himself and his family. He became a computer scientist and after a decade of academic and corporate experience, he went back to his hometown to start RLabs. Nowadays, RLabs provides training and tools for improverished but talented youth in this region to become entrepreneurs. The companies coming out of the accelerator have been able to reach 2-4M people.

We were also surprised to see that there is a 3D printer in the seemly humble facility, but Marlon explained that it’s used for prototyping which will hopefully lead to a fully automated manufacturing production in the future!

All in all, today was a hectic day for us, but it’s great to see how various accelerators are strategically approaching their niche and contributing to the startup ecosystem in Cape Town/South Africa. 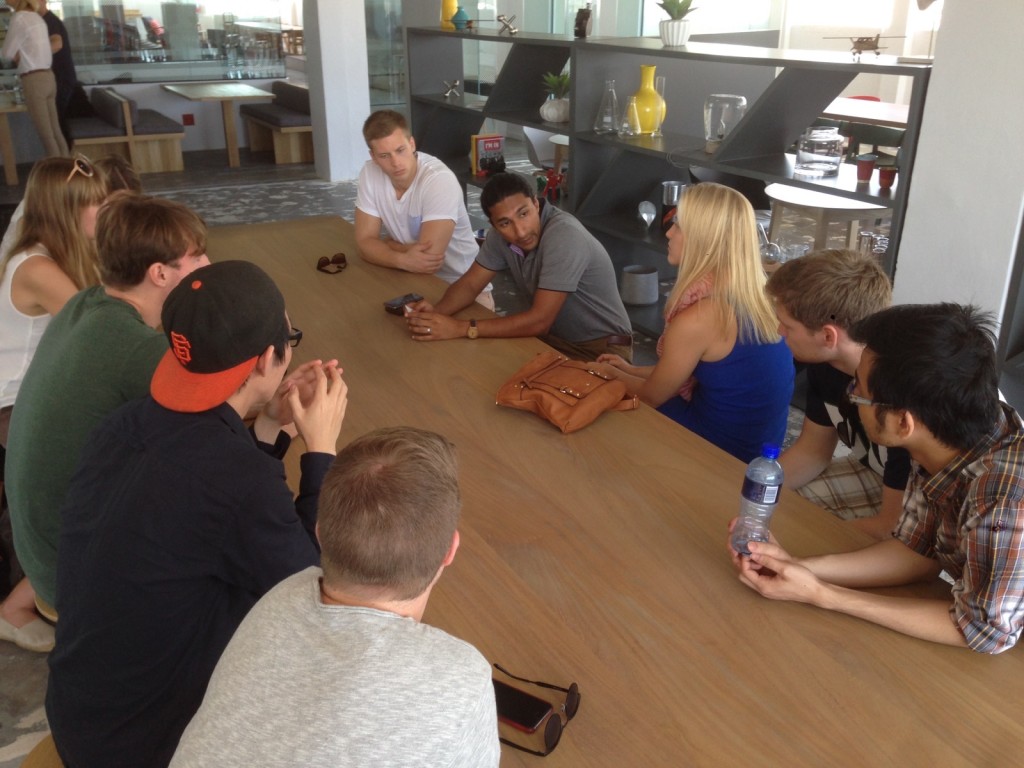 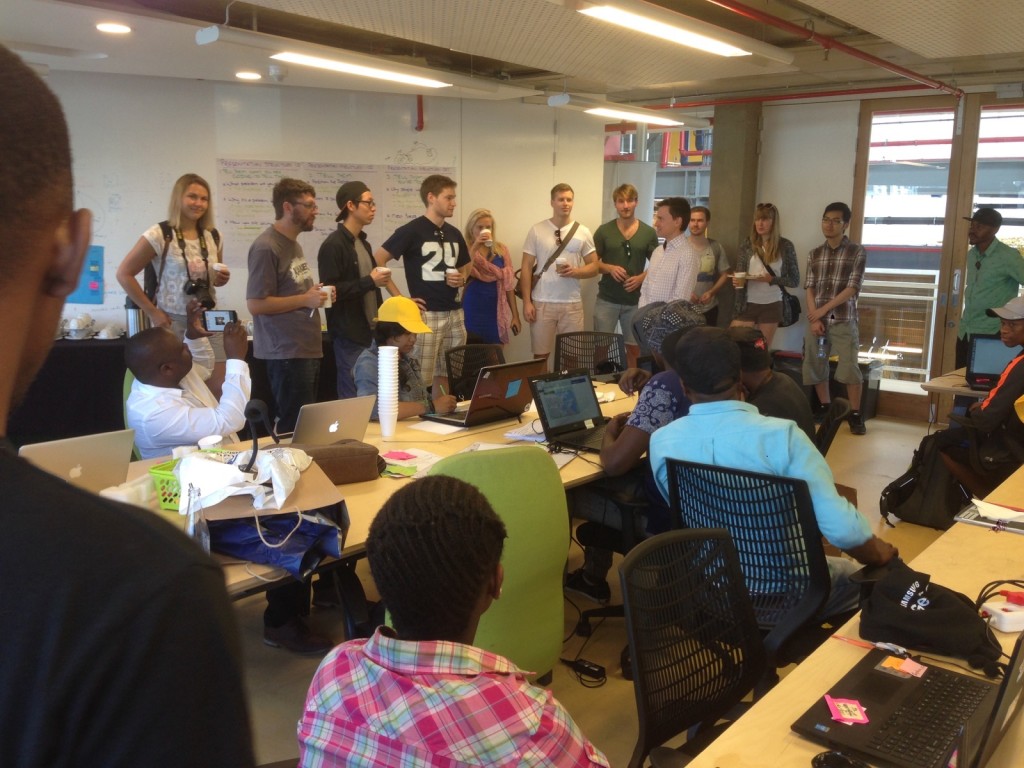 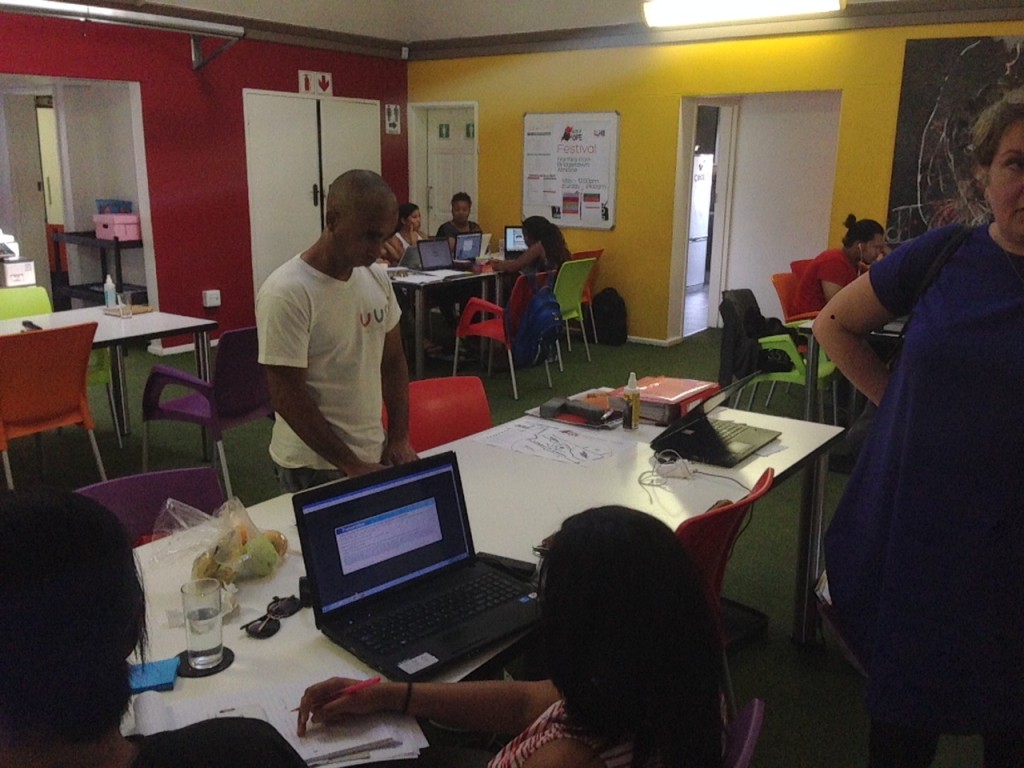