Behind AVP: Man with many ha… Hoodies

Iiro Nurmi, Aalto Ventures Program Event coordinator, has many irons in the fire. Besides working in AVP service team he is co-hosting a radio show on Radio Helsinki, is involved in Junction Hackathon as a speaker coordinator, studying on his masters degree on computer science and does a more lighthearted podcast with his friend in between.

You seem like doing lots of stuff (AVP, Study, Startup Radio, Junction etc), you were computer scientist right? How does these things relate?

Well, honestly there are a lot of people doing many things during their studies. I believe it is not that unheard of, in the Aalto community, that there are driven people that tend to be working on many things and do something meaningful and worthwhile while studying. Of course it usually means that studies tend drag a bit, although currently I am progressing relatively well in that area too. In terms of how they relate to computer science, well not too obviously, but I feel that I am not the “typical” computer scientist and I enjoy many things (maybe too many) and I am actually quite privileged to be involved in so many interesting projects at the moment.

How did you start / come up with the idea of ‘Startup Radio’?

I really thought about starting own podcast literally like two to three years before having the courage to start one. I did not have any clear picture on my head what I wanted to start, I just knew that I had to figure out some outlet to express myself. “In my previous life” I have been acting in theater and after discontinuing my successful Brad Pitt cinderella story, I was left out with the creativity and spontaneity that acting was offering. Even though I was kind of done with acting and pretty frustrated with it, I still had the same feeling of wanting to do something creative and expressive. Even though the podcasts I do aren’t anywhere comparable to acting, they still include the same process of getting an idea, expressing that idea through conversation, and depending on the format, the same editing process and sometimes even narrative expression. 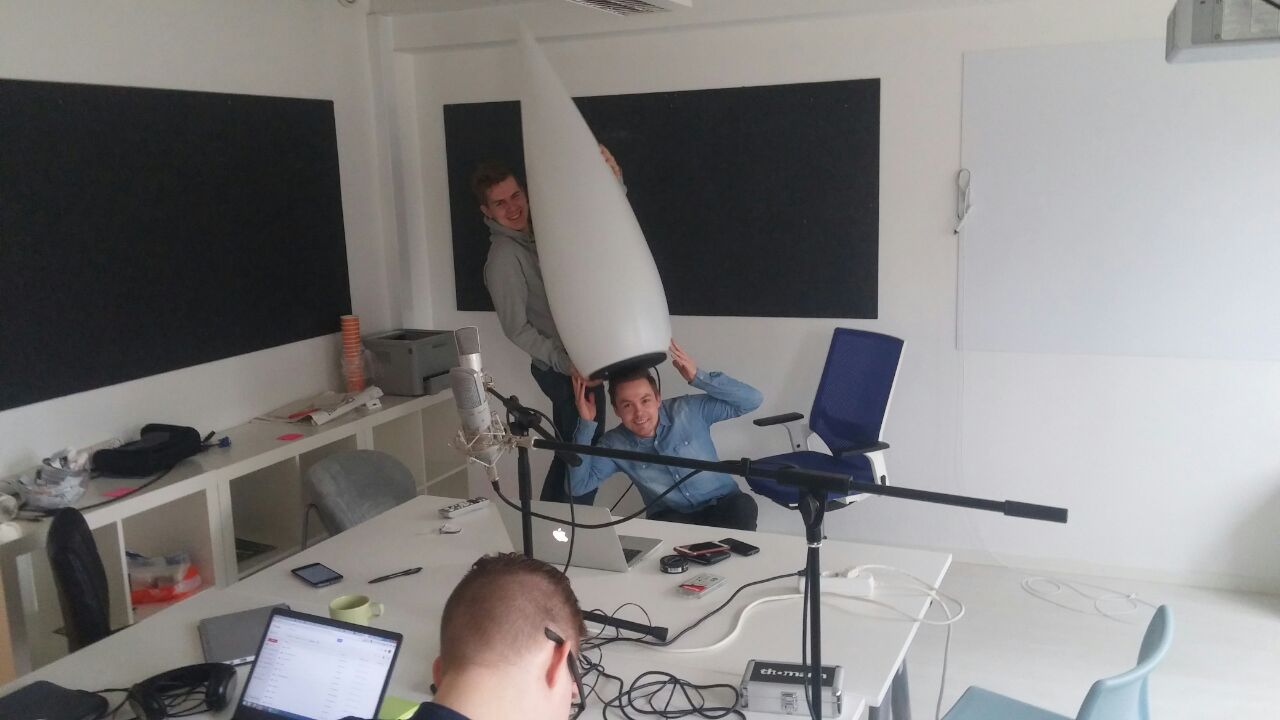 One of the first podcasts we did with Otto. Podcast was called StartTalk. In the episode we interviewed Aaltoes Team Up organisers Joakim Isoaho and Santeri Huikari

In other words I was just looking for something where I could do something totally different than solving logical problems with computers. Startup Radio started from Aaltoes podcast, StartTalk, which was like many MVP’s: pretty much crap in the beginning. The premise was to talk to interesting people within the aalto startup ecosystem. That is it. The amazing thing that happened after I started is that, first of all I got my current co-host, Otto Ahoniemi from that podcast and in the end we got a gig from Radio Helsinki. 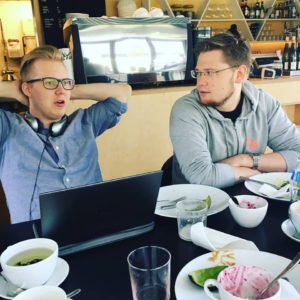 Otto has been a major force in Startup Radio and generally in everything that we have done together. Otto is a lot different than I. Compared to me, he is more the precise, calculative, and more careful with the thoughts he presents. I am more the the all over the place, ADHD, funny experimental guy. These roles usually work great and sometimes not so great. We try to make as entertaining show with high educational value at the same time.

Are you planning to expand the show to for example, Sweden or Nordic?

To Iceland. No Im kidding. Of course we have a lot of plans, but it totally depends what happens in the future. I do not want to give anything away. Secrets, you know. Confidential. Personally I would love to do some kind of documentary about the subject matter. Maybe I have to pick a camera myself and go around silicon valley asking stupid questions from different startups around the valley.

You seem to always try to be quite silly, do you have serious side also?

Yes definitely “try” is the right word. But of course I am serious also, I would actually call myself rather serious, with an asterisk*. Honestly, sometimes I tend to take things too seriously. For example, you would not believe how many sleepless nights it causes me when I mess something up with my work. The most embarrassing mistakes are when messing up something in the radio show, because it is public and there is so many people that will hear my lousy failings. Nevertheless, that is something that you have to live with it, it is just part of the gig. Cheesy quote incoming: Sometimes you win, sometimes you learn. I tend to experiment rather than play it safe, otherwise I would not learn, evolve or feel good about my work. In the end I do want to create something new, not something that someone else has already done. 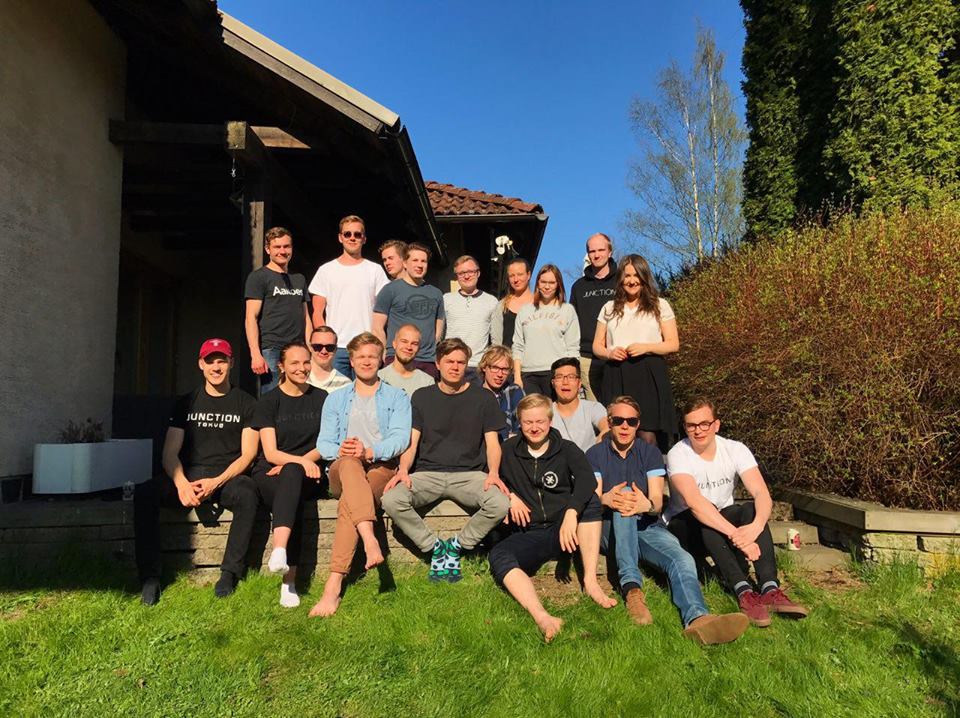 Junction Crew. Volunteer-based community of students who believe hackathons are one of the best way’s to break the status-quo, actually build the future and have fun while doing it.

What do you do on your free time?

Me and my friend are on a path of making us totally unemployable with an podcast (not startup radio, the other one). Other than that, I love to play badminton, punch a punching bag and spend time with my friends.

What do you want to do when you grow up?

One thing is for sure. Not to grow up. Aand more seriously, I would say… hmm… I hope that I can be in the position that I can pretty much freely choose on what I am working on. That probably includes something creative, something logical (using the few neurons that I have in my brain) and having time to reflect and relax so that I can have energy to do the things that I enjoy the most. In grand scheme of things, I am pretty interested in well-being at work. I would love to somehow contribute to workplaces, that everyone feels at least some meaning, autonomy and mastery at their work (check a book about it). It can be as simple as creating an trustful environment at working places, where people can freely express themselves.

Wrapping up the interview. Plug some dates. I know you want to.

Well now that you asked:
First of all AVP will start with a bang with an kickoff event during the orientation week (6.9.2017). Great keynotes, content and servings during & after the event, check it out: Startup Season Kickoff

Hack\Talks in the goddam Finlandia Hall 23.11.2017, Tech keynotes, talks and hands on stuff. Primarily for Junction participants, but there will also be couple of tickets for the public. Tickets will go fast. Check more at: HackJunction