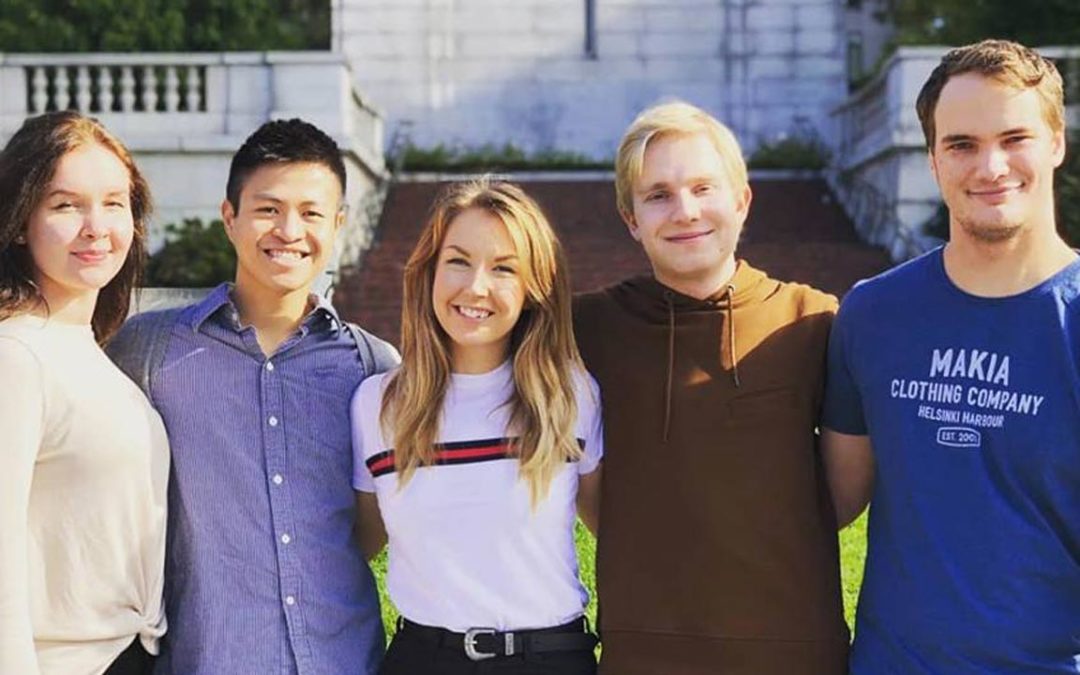 While we have some great entrepreneurial content going on here at Aalto, sometimes it’s good to get some fresh perspective – and that’s exactly what four of our students were doing at Berkeley’s Berkeley Methods of Entrepreneurship Bootcamp this January.

The one-week venture workshop, hosted at UC Berkeley’s Sutardja Center in California, is an annual immersive learning experience for new venture creation. During the program, participants take part in educational lectures and interactive games meant to prepare them for coming up with, validating, and launching new startups. Some students come with ideas already developed hoping to take them to the next step, others join existing teams.

So what did that look like for our Aalto students? Let’s find out! 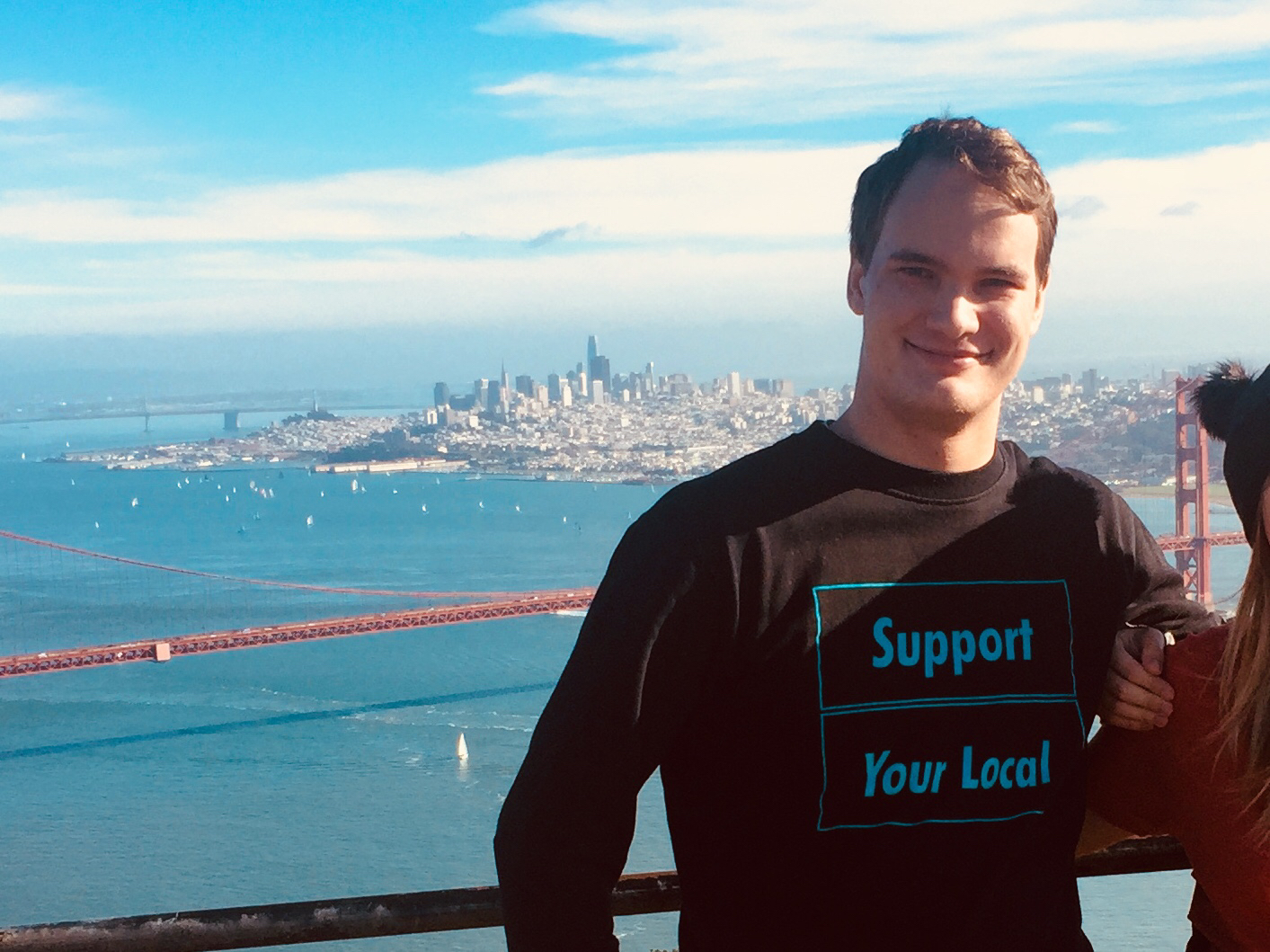 You went to Berkeley with an established company, Särkifood Oy . Could you give us a brief introduction?

Särkifood aims to bring särki and other eco-friendly, tasty, underused fish to the plates of people. First in Finland and later globally. The company started on an AVP course on spring 2016. Later that spring the company won Sitra’s Nutritional cycle -challenge and 10 000€.

The company is founded on principles of effectuation. Shortly that means the company focuses its efforts on learning by doing and failing fast. During company’s journey of nearly two years, it has been very successful in failing fast. Thus, it has so far found numerous business models, which are not suitable for the company. Perhaps the next one will be.

Most Americans probably aren’t too familiar with särki or the Finnish fishing industry. What was it like, introducing the concept to them?

In one word, exciting. I wasn’t sure how the crowd would respond to my initial pitch but I thought it was worth a shot pitching anyway. Luckily enough, I was able sell the idea to three Berkeley students and thus a team was formed around my idea. It was a great moment for me personally! I didn’t take for granted that my särki-idea would resonate well enough to be among the 67% of ideas that were allowed to move forward in the program. Especially since the audience was so multicultural.
During the course our team actually switched the focus from Finnish särki to another fish species, the lionfish. We just figured that it made no sense for me to spend the week educating the team about the Finnish särki situation.  Lionfish is an invasive species causing huge environmental issues on the eastern coast of USA. Similar business, marketing and environmental principles apply to lionfish in USA and särki in Finland.

Did your week there provide any new insight or tools to help you grow your company?

Focusing on lionfish broadened my perspective on the global problems/ opportunities of environmentally sustainable fish products. Also, I gained some insight to the global fish industry, which can be truly beneficial in the future of my company.

Still, the most important insight was the observation that myself and my idea can perform at a reasonably high level in global competition against other skilled students. This week boosted my self-confidence. The value of that cannot be overemphasized.

We were lucky to have THE BEST uberdriver ever! Ingo was his namo. He showed as the best places to enjoy the Golden Gate Bridge! He had lived in the area for something like 50 years. Thus, he was able to tell enlightening stories about the city, the tourists attractions and life in general :D

The first 10,000 spectators were given a free Klay Thompson Bobblehead. Jesse and I created this huge, irrational obsession about getting the bobblehead. We left really early to make sure we were amongst the first 10,000. However, the tension rose when Jesse wasn’t able to pass the security check. Apparently his backpack was too big or something, so he had to go back to place X to store his backpack. Neither of us knew, how far the place X was. I had already passed the security check, so Jesse had t go alone. My hopes of getting the bobblehead lowered at the same rate as the pouring rain moistened my clothes as I waited for Jesse in the rain. 5 minutes. 10 minutes. 15 minutes. Then, right when I felt all hope was lost, after 17 minutes or so, I spotted Jesse’s cap at the security check queue. I still couldn’t see the face of the man wearing that black, pirated Golden State Warriors cap. Soon my prayers were answered, as I saw that the mysterious cap-man truly was my mate Jesse.

We rushed from the security check to the entrance. Would there still be bobbleheads?

Yep, yes there were! Yeah! Victory fist bump has never felt as sweet as it felt with Jesse as we stood in the Oracle Arena, soaking wet, holding those bobbleheads that a day earlier I didn’t even know existed. 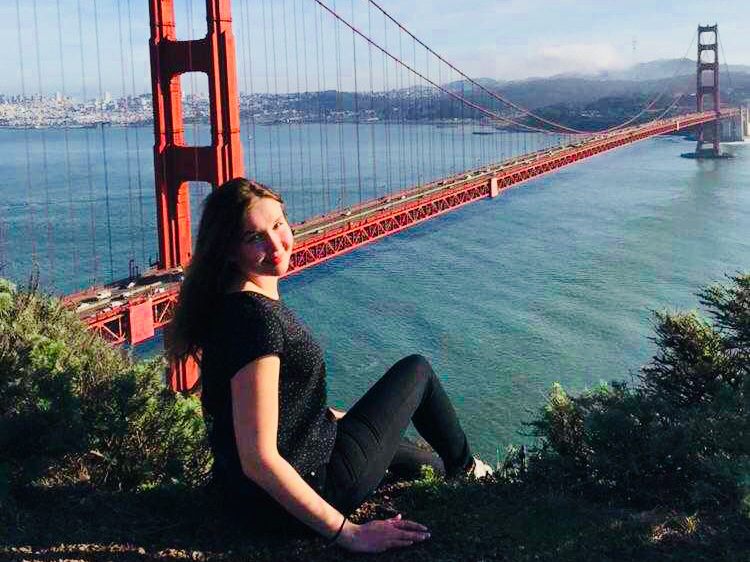 Tell us a bit about the team you ended up joining.

I ended up joining a team working on an event discovery and networking app targeted for college students. I decided to join this particular team because I found the idea interesting and felt that coming from a technical background, I had something valuable to provide for the team. Our team consisted of five students, three of them studied at UC Berkeley and in addition to me there was another Aalto student, Lotta. We all came from different backgrounds and it was a great experience to work in a diverse and multicultural team in which everyone had different insights and skills to give for the project.

We had a lot of lectures ranging from how to pitch investors to the power of data. Was there any specific insight that you found extra valuable?

Lectures provided excellent insights on how to turn ideas into viable businesses, covering topics such as design thinking and business model innovation as well as more practical skills such as investor pitching and leading a startup team. I found extra valuable the advice received from entrepreneurs, investors and other mentors who had real-life experience of working with start-ups and hence could share their personal experiences and give practical advice for new venture creation. Also, the inspiring atmosphere at the BMoE bootcamp was incredible and extremely motivating.

The 4½-day bootcamp was quite intensive and didn’t leave too much time for other activities. However, I think that the best extra-curricular activities were just spontaneously going out somewhere with new friends and exploring the surroundings. 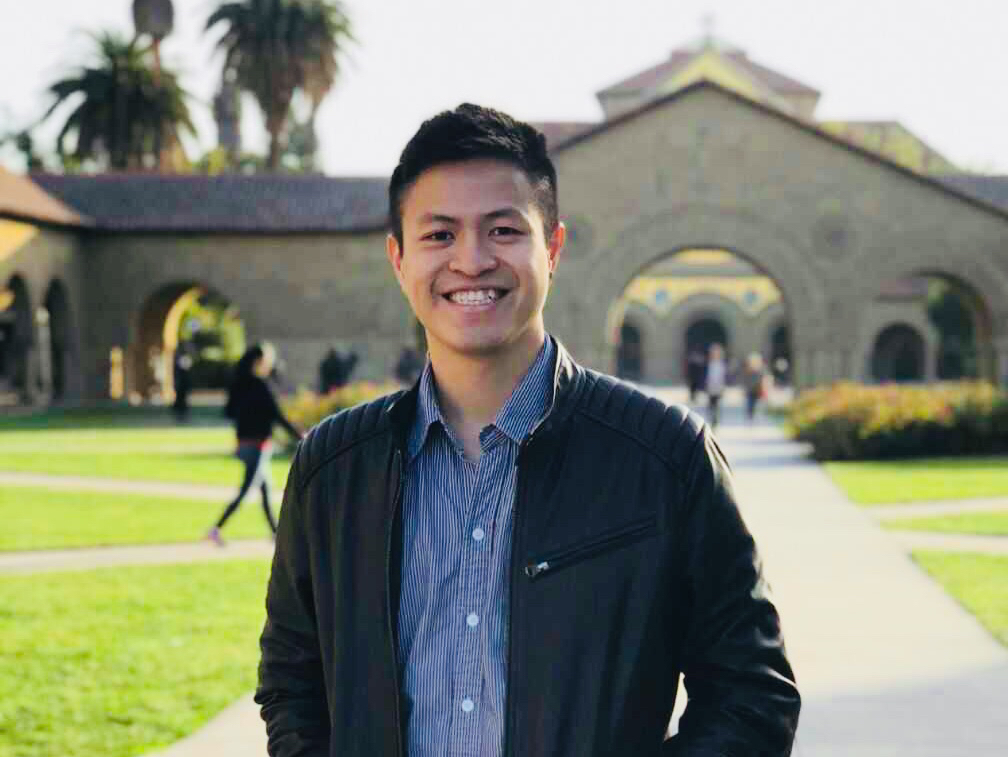 You went to Berkeley with an established company, Revolt. Could you give us a brief introduction to what you do?

Did your week there provide any new insight or tools to help you grow your company?

The experience and feedbacks I got from BMoE were immensely helpful. In general, it was just different. I was amazed to learn about many insights from different angles about my own venture which I did not realize before. The entrepreneurial mindset at Berkeley & the Valley in general is so refreshing to me; much different from what I’ve experienced in the Nordics.

NBA game: Golden State Warriors vs. Denver Nuggets. I got a Klay Thompson bubblehead; it’s hard to get a more “American experience” than that #ChinaKlay :D 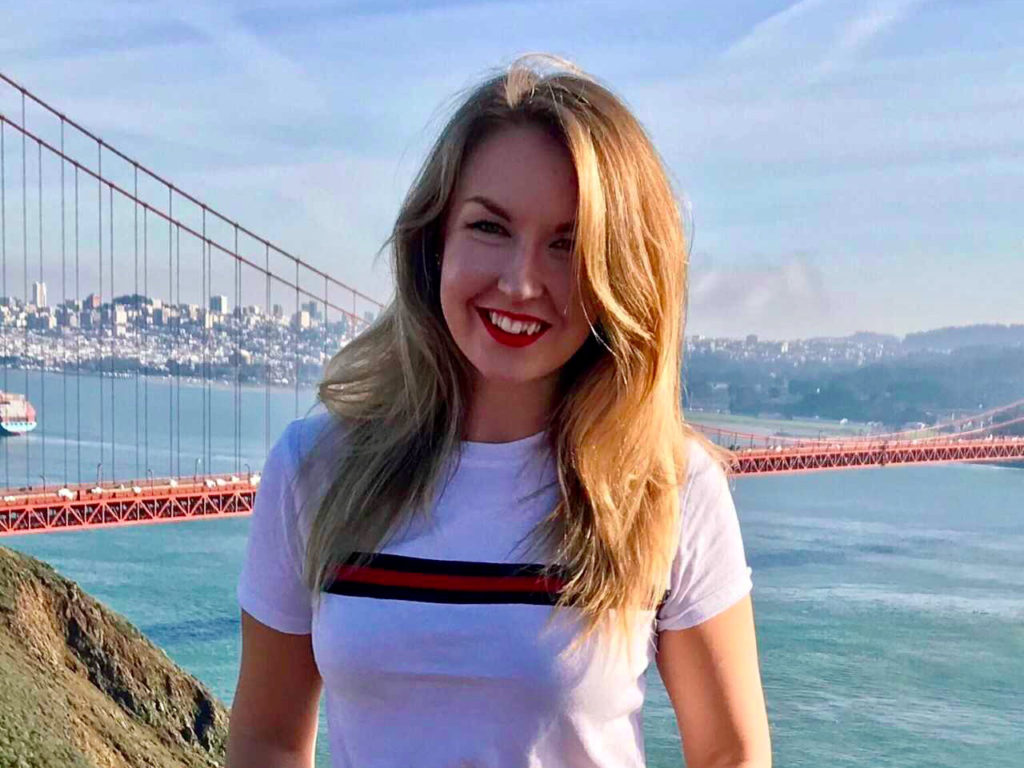 Tell us a bit about the team you ended up joining?

Our team worked on a project called Casual. It consisted of two Finns, me and Heli and three local UC Berkeley students, backgrounds ranging from economics to journalism, law and life science technologies. I think our team had a good mix of passion towards the project and sense of limitations on what we could and should do during the bootcamp. While working in our team I got to know some of the most inspiring and memorable personalities I have ever met! The ultimate best thing about our team was our overwhelming sense of humor, that we did not forget to bring out; we even ended up quoting Rebecca Black in our start-up pitch :D

We had a lot of lectures ranging from how to pitch investors to the power of data. Was there any specific insight that you found extra valuable?

For me the most valuable insights learned during the bootcamp were definitely the cultural differences between the European and Silicon Valley standards, ranging from public speaking and pitching to networking and every-day work culture. Also seeing such good speakers presenting in the lecture hall was also very inspiring and I fell this is the field where the mentoring of the bootcamp really helped me to get forward the most.

You’ve been quite active in other AVP offerings. What would you say the big differences between entrepreneurship education here vs the States are?

To this question I must say that the entrepreneurship education at Aalto is really world-class, we are as enthusiastic about innovation and have the same spark towards building new successful businesses as the people near Silicon Valley. There were not that many big differences that I would like to highlight actually. The differences I spotted were mainly due to cultural and personal differences; for us Finns who are modest by nature, it is inevitable to teach for to sell your product in a pitch. In the States, most of the education we got focused on how to condense and communicate the most important aspects of your product in a pitch.

After exhaustive days on school premises, it was refreshing to get to spend time with local like-minded students, hang out at the places they usually go to and embrace their lifestyle. These evenings were definitely the highlights of my trip as they completed the whole campus experience! Of course cruising around sunny San Francisco with some of the greatest uber drivers in history while laughing my ass off for the jokes of fellow students was not that bad either.

”I have to agree with them, the Uber drivers around San Francisco are a unique, amazing group of people. It’s the only place where I’ve been sad to get out of a for-hire car” – Markus, AVP’s Global Partnership Coordinator

”Personally, I thought the lectures had some great content – not only was it educational, but it also gave a lot of insight into what the current Silicon Valley mentality regarding topics such as good startup ideas is.” Instead of including a week’s worth of content in one blog post, Markus wanted to share two common themes which kept coming up:

Business model innovation is the new “hip” thing. While coming up with new technology is an important part of progress, there’s a lot of opportunity in developing better (or just viable) ways to deliver already existing tools. A great example was the comparison between Solar Tube Technology (funded for over USD 500 million, shut down in 2011) and Solar City (bought by Tesla for USD 2.6 billion in 2016). One focused on developing new solar energy technology but never managed to sell enough to stay in business, while the other focused on developing a convenient leasing model that resulted in happy customers. Other more traditional examples include Airbnb (hotels), Uber (taxis), or iTunes (purchasing music). How can new business models be applied to other “old” industries?

Data. The more of it you have, the more dots you can connect – sometimes, you find answers that you would have never come up with otherwise. No matter what business you’re in, if you aren’t taking a hard look at the data you’re generating, somebody else will.

That’s it for now! Once again, huge thank you to all four participants for the amazing workshop. Looking forward to seeing what the future has in store for all of you, and good luck to Revolt and Särkifood!