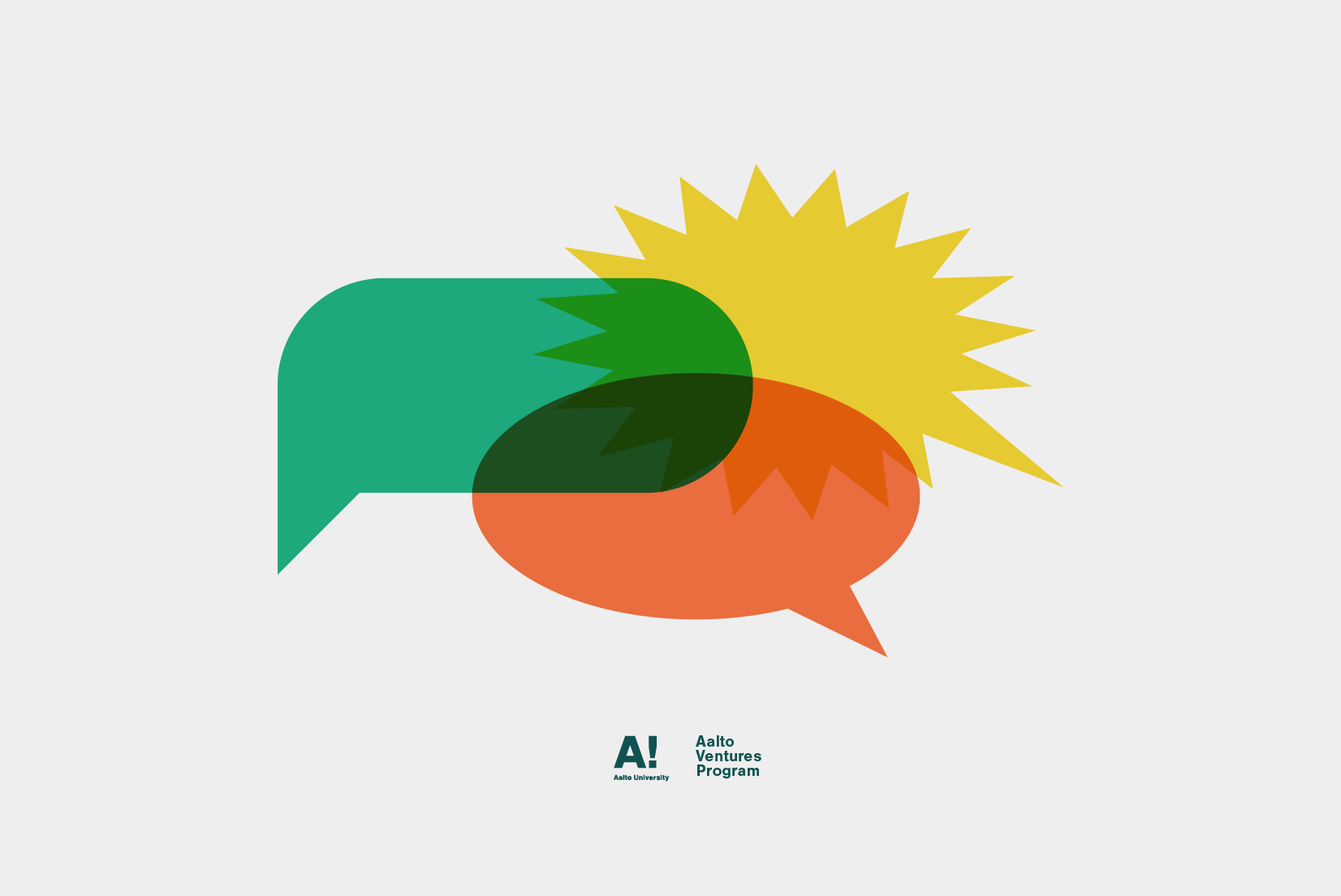 OurDebate won AVP’s challenge titled Sustain Your Mind in the Junction 2020 Connected hackathon with their app that helps people develop their discussion skills. Now, they’re planning on publishing it to a wider audience. While the final name of their app is still up for debate, their team spirit is unfaltering.

If you’ve used social media lately, you might have noticed that the quality of discussion on most platforms has some room for improvement. Andrei Sukharev, Monique Ho and Vera Aleeva noticed this too and decided to do something about it. They already had a pretty clear idea in their heads when they joined Junction 2020 Connected, but during the hackathon the idea got even clearer and ended up taking first place in the Sustain Your Mind challenge by Aalto Ventures Program. Naturally, we wanted to know a bit more about their team, solution and its future, so we put on our Zoom-shirts and had a chat.

The team has already been together for a year, ever since they met in London in another hackathon in 2019 when it was still a thing to visit foreign countries. They worked well together and stayed in touch after the hackathon, seeing that they shared a similar vision of a better world. They all felt that spending time on social media made them more sad than happy, mostly because there’s so much negativity out there. “There’s more trolling than real conversation, and what little conversation there is, is extremely polarized,” says Monique, who comes from IT consulting. “People spend on average 2,5 hours a day on social media, so it’d be great to not feel bad for most of that time.” 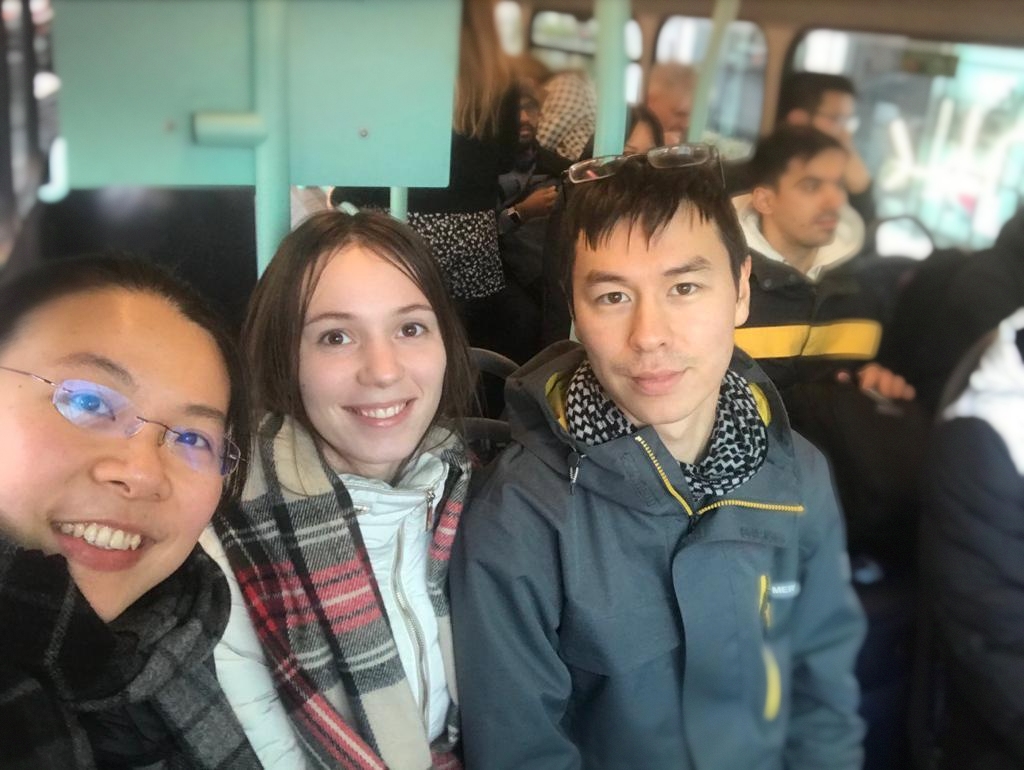 Monique (left), Vera and Andrei met each other already last year in London during another hackathon

Many would try to solve this problem by changing how social media works, but Monique and her teammates wanted to get to the root of that problem: people. They decided they’d rather try to change how people talk to each other and argue their opinions, not just the platform they talk on. This led to the idea of easily accessible and practical debating skills, available for everyone, anytime. The team is really happy with their idea, but Monique warns against falling in love with one’s ideas too early: “No matter how good you think the idea is, there’s most likely room for improvement. Go out there and talk to people, let them challenge you and find flaws you haven’t noticed. It can be scary, but the world is here for you.”

The team had been pondering the debate idea already for a while and done some initial research and interviews when they came across Junction 2020 Connected and AVP’s challenge: Sustain Your Mind. “We saw Junction as an opportunity to stop talking and start building,” Monique says. The whole team was super passionate about the topic of the challenge: helping students maintain their mental wellbeing in the long run. “We saw how debating skills can help people be more emphatic, to listen and understand one another. That can really help decrease anxiety levels,” Monique says. Even though the challenge was based on the United Nations’ Sustainable Development Goal #3: Good Health and Wellbeing, their solution also leans towards SDG #4: Quality Education. Working with SDGs was the first time for the team, even though they had come across the goals earlier this year. “We found the SDGs really interesting and important goals we all should strive for, but didn’t really know how to contribute to them. AVP’s challenge in Junction was a perfect opportunity for us to work on our idea and also help reach the SDGs,” says Andrei, who has a background in full-stack development.

We saw Junction as an opportunity to stop talking and start building.

And work they did. During Junction 2020 Connected, they built an MVP of their app that already works on both iOS and Android. “I’d say around half of the development process is already done, and we can finish the rest in December,” Andrei says. Besides working on the technical side of the app, the team did a lot of design work and talked with mentors and professionals, who both validated and challenged the team’s thoughts and provided insight into topics such as customer acquisition. “Junction was such a great opportunity to talk to different people and get amazing feedback. We could immediately turn the new insights into new design and actual features,” says Vera, the team’s designer. “Without Junction, we wouldn’t have had the access to so many people who helped us to develop our idea further.”

The idea, as mentioned, is a way to help people learn debating. This is done via an app, that not only provides a library of debating skills provided by competing debaters and trainers, but also the opportunity to practice with other users of the app. The debates are basically quick games done via the app. The game gives the players a topic and then assigns roles randomly. The topics proposed are all something everyone can understand and that everyone has opinions on, such as “should plastic bags be banned” and not “hydrogen is a better energy source than nuclear power for smart cities of 2030.” After a nine-minute text- and turn-based debate the players give each other a peer review — there’s no official winner or loser. The player can then develop their skills based on the review by visiting the in-app library of debating skills. The app also features a gamified level system, with players being able to develop specific skills and level up via good peer reviews and the number of games played. Once the user is experienced with the app, they are encouraged to join a local debating club to practice their skills in real life.

With the app almost ready, the next step is doing some testing in the field. The team has already agreed with several universities in the UK that some of their students will act as beta testers. A British NGO specializing in debating and communications training has also agreed on helping to carry out the testing. The team hopes to complete the testing phase during January 2021 and then iterating the app based on feedback. The app could then be available for a wider audience through Apple App Store and Google Play sometime in the spring of 2021. Additionally, the team is in constant talks with potential stakeholder groups and the debating community to further develop the app and acquire users and beta testers. Testing is crucial in order to receive authentic feedback. “Developers need to forget what they think they know and consider the user and their needs. Only then should one start building,” says Andrei.

A good team is even more important than a good idea.

It’s been quite the ride for the team, and not during the easiest circumstances preventing them from working with each other in the same location — Monique lives in the UK, Andrei and Vera in Russia, and no one’s allowed to travel. Their attitude has stayed positive despite all that’s going on, and they’re extremely motivated with their project. “It’s easy to stay positive with such a great team,” Vera says. “A good team is even more important than a good idea — almost any team can manage with a good idea, but a great team will do well with even a bad one.” And with a good idea and a great team, who knows what they can achieve.