From Lab to Market vol. 1 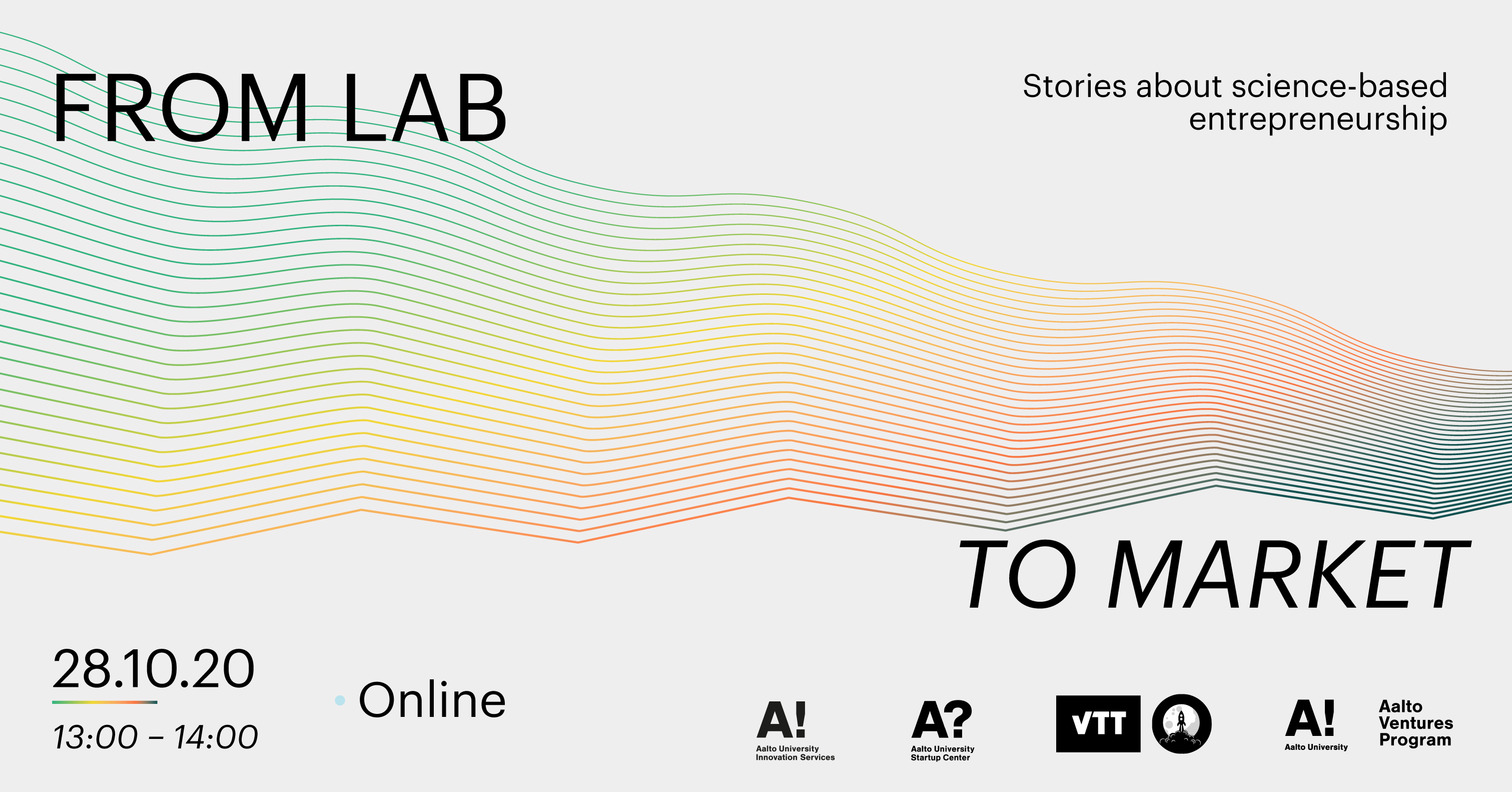 For information on our next From Lab to Market event, head over to this page.

How to create impact out of research? How to turn your research into action? Could I, should I, commercialize my research? Do I have to leave academia, can I ever return? What does science-based entrepreneurship or academic entrepreneurship mean?

These questions among many others related to the area of science to impact are being pondered by many researchers and academics.

Join us to discover three different stories from scientists turned entrepreneurs themselves! Exchange thoughts over a cup of coffee on how to create impact from research, how to communicate about it and how to build it to the next level — or just to network across disciplines and organizations.

Pasi Vainikka has held positions as a principal scientist in the strategic research management at VTT Technical Research Centre of Finland as well as in the management of VTT’s contract research in energy. Dr Vainikka is an adjunct professor at Lappeenranta University of Technology (LUT).

As a postdoc at the University of Helsinki, Dr Windi Muziasari has gained years of experience and the know-how to monitor antibiotic resistance from environmental samples such as wastewater, rivers and lakes, soils and manure using a high throughput gene profiling. She wants other researchers and healthcare professionals to get easy access to this technology and that’s why in 2018 she moved from academia to entrepreneurship by founding Resistomap, which has now served over 50 projects globally.

Jarkko Antila is the founder and former CEO of Spectral Engines, a VTT spin-off from 2014, within which Jarkko directed the company’s international business in the field of measurement technology, increasing the team to 30 people and raising more than € 15 million in funding.

Jarkko and other founders sold their holdings in Spectral Engines in the spring of 2020, after which he has worked as a consultant for early-stage technology companies in his new company Leaping Boulder Oy. Prior to Spectral Engines, Jarkko worked as a team leader and product manager for 5 years at VTT (optical sensors), for 3 years as a product development manager at Inficon and earlier as a researcher at VTT.

The From Lab to Market event series is organized by Aalto Ventures Program, VTT Launchpad, Aalto Startup Center and Aalto Innovation Services together with other ecosystem organizations.

Register for this event