Unfolding Tomorrow — No food left behind

In Finland, households generate 107–137 million kilos of food waste every year, and in the overall food chain, almost four times that much is wasted. Globally, it’s estimated that as of 2016, almost 14 percent of food produced globally was lost before even reaching the retail sector. Reducing food waste by just 15 percent could provide enough sustenance to feed more than 25 million people, annually. Why is it so hard to do? Do we lack the legislation, motivation, or incentives to reduce food waste? What choices can a consumer make to have an impact?

Unfolding Tomorrow is an event series that brings the brightest minds in business, academia, and government together to talk about what we can do today to make tomorrow better. The event topics come from the UN’s Sustainable Development Goals (SDGs), and their targets and indicators.

This Unfolding Tomorrow session is about SDG 12: ‘Responsible consumption and production’, and more specifically about Target 12.3: ‘By 2030, halve per capita global food waste at the retail and consumer levels and reduce food losses along production and supply chains, including post-harvest losses.’

We’re joined by representatives from academia, the business world, and politics for brief introductory talks followed by a panel discussion. You’ll hear about food waste from different perspectives, learn what has been done so far to reduce waste and what would need to change so that the food we produce would end up eaten, not in the bin.

The Unfolding Tomorrow event series is organized together by Aaltoes. 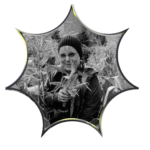 Marja Roitto is a biologist whose expertise is in environmental ecology and plant physiology. Her current position is as a university researcher at Helsinki Institute of Sustainability Science (HELSUS) and Department of Agriculture at the University of Helsinki. Her research group is Future Sustainable Food Systems and her research interests lie primarily in environmental impact of agriculture, food loss and urban agriculture. 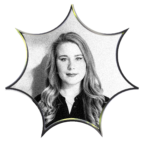 Iiris Suomela is the youngest Member of the Finnish Parliament and Vice Chair of the Greens of Finland. She is working with the national budget in the Finance Committee and the EU topics in the Grand Committee. She is also the Chair of the Parliamentary Feminist Group and the Vice Chair of Tampere City Council. For years now Iiris has become known as a dedicated human rights advocate and speaker of equality issues. 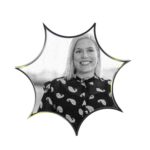 Kaisa Lipponen is Senior Vice President, Communications & Sustainability at Paulig, an international, family-owned food & beverage company. Paulig has an ambitious sustainability program based on UN Sustainable Development Goals. One of the SDG’s Paulig has prioritized is “Responsible Consumption and Production” and the company has taken an active role to fight food loss and food waste in its value chain from farm to fork.

A common misunderstanding regarding sustainable development is that it's always a step back in terms of economic and social well-being, when actually we can often combine them and solve different problems all at once.

Iiris Suomela, Member of the Finnish Parliament and Vice Chair of the Greens of Finland