Unfolding Tomorrow — The fight for a cooler planet

The global temperature is now 1.2 degrees above the pre-industrial baseline, and we’re woefully off track to stay at 1.5 degrees as called for in the Paris agreement. The climate crisis continues, and we need drastic actions towards carbon neutrality — and we need them soon. How did we let this happen? What have we already done, and what can Finland, companies and you do to fight for a cooler planet?

Unfolding Tomorrow is an event series that brings the brightest minds in business, academia and government together to talk about what we can do today to make tomorrow better. The event topics come from the UN’s Sustainable Development Goals (SDGs), and their targets and indicators.

This Unfolding Tomorrow event is about SDG 13: Climate Action — Take urgent action to combat climate change and its impacts.

We’re joined by representatives from academia, the startup world, and politics for brief introductory talks followed by a panel discussion. You’ll hear about climate change from different perspectives, learn of the actions we’ve taken thus far, and the actions we still need to take in order to keep the planet habitable.

Member of Parliament, vice-chair of the Green Parliamentary Group

Saara Hyrkkö is a Member of Parliament, a vice-chair of the Green Parliamentary Group, and a Member of Espoo City Council. She has graduated as a Master of Science (Tech.) from Aalto University.

Niklas Kaskeala is Compensate’s Chief Impact Officer. Compensate is a nonprofit combating climate change by offering everyone easy access to carbon capture. Kaskeala oversees Compensate’s sustainability approach, carbon capture portfolio and advocacy efforts to reform the Voluntary Carbon Market. Kaskeala is also the founder of Protect Our Winters Finland, the Finnish affiliate of the international Protect Our Winters movement. Kaskeala has more than 15 years of experience in development, sustainability and climate change. Before joining Compensate in the summer of 2019, Kaskeala worked with the Crisis Management Initiative (CMI), Save the Children, and the global development expert Fingo. 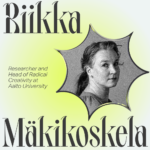 Riikka Mäkikoskela is a researcher and the Head of Radical Creativity at Aalto University. Her latest projects at the university include Breaking out the Silos! Engineering and Fine Art Perspectives towards the Sustainable Society and Circular Economy project at Aalto CHEM funded by Tekes, and at Aalto ARTS the Circular Economy, Art and Culture Change project funded by Sitra. She has also worked in administrative, development and management positions, for example, in the Finnish Association of Art Schools, Ministry of Education and Culture and Academy of Finland. 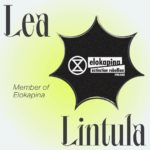 Lea Lintula is a member of Elokapina, an international movement which uses non-violent civil disobedience in order to halt the progression of the sixth mass extinction and to minimize the risk of social collapse caused by the climate and environmental crisis.

We should stop arguing about what kind of actions need to be taken — we need to take all of them.