Unfolding Tomorrow — Under the sea

More than 3 billion people rely on the oceans for their livelihoods and yet, we’ve been treating the sea like a dumpsite. Plastic waste is hardly the only problem, but just the 14 million tons of plastic we dump in the oceans every year kills 100,000 marine mammals yearly. In the past three decades, about 50% of coral reefs around the world have died due to warming ocean temperature and different kinds of pollution. Our dear Baltic Sea is the most polluted sea in the world.

How did we let this happen? What have we already done, and what can Finland, companies and you do to save life under the sea — and us all?

Unfolding Tomorrow is an event series that brings the brightest minds in business, academia, and government together to talk about what we can do today to make tomorrow better. The event topics come from the UN’s Sustainable Development Goals (SDGs), and their targets and indicators.

This Unfolding Tomorrow session is about SDG 14: ‘Life below water’ and more specifically about Target 14.1: ‘By 2025, prevent and significantly reduce marine pollution of all kinds, in particular from land-based activities, including marine debris and nutrient pollution.’

We’re treated to an opening talk by the Minister of the Environment and Climate Change, Emma Kari, and joined by representatives from academia, the business world, and politics for brief introductory talks followed by a panel discussion. You’ll hear about marine pollution from different perspectives, learn what has been done so far to reduce it, and what would need to change so that life would be better down where it’s wetter — under the sea.

The Unfolding Tomorrow event series is organized together by Aaltoes. 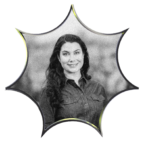 Minister of the Environment and Climate Change

Emma Kari is the Minister of the Environment and Climate Change, a Member of Parliament representing the Greens in Finland, and a member of the Helsinki City Council. She holds a Master’s Degree in Biological and Environmental Science and is an unyielding conservationist, a feminist who believes in humanity, and a mother of three. 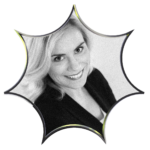 Member of the Finnish Parliament

Saara-Sofia Sirén, a Member of the Finnish Parliament representing National Coalition Party. She is a member of the Grand Committee and the Environment Committee, and she is further working as a rapporteur for Baltic Sea Parliamentary Conference.   Last year Saara-Sofia was awarded the Lasse Wiklöf Award for her work in the Finnish Parliament, where she is a persistent spokesperson for the Baltic Sea. She holds two master’s degrees: M.Sc. in Economics and Business Administration as well as MA in Futures Studies. The topic of her second master’s thesis focused on the potential of circular economy in saving the Baltic Sea. 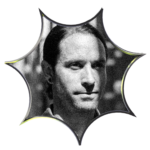 Emil is a marine ecologist, focusing on coastal eutrophication and Baltic Sea nutrient dynamics. He works as a scientist at the City of Helsinki, responsible for monitoring of the coastal sea of the Helsinki metropolitan area, especially the effects of wastewater discharges, dredging, cooling water effluents etc. His current research interests include analysis and interpretation of long-term trends in the coastal sea driven by local human activities and climate change. He achieved his PhD degree from University of Helsinki and worked in post-Doc position at Woods Hole Oceanographic Institution in the United States. 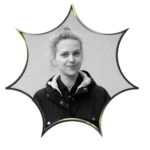 Sini Harkki is the Programme Director of Greenpeace Nordic. She has 20 years of experience from environmental campaigning in various NGO positions, as well as experience of working with the private sector as a consultant. Her focus areas have been biodiversity and climate. 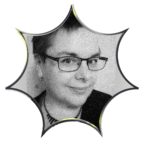 Director of Sustainability in Sulapac

Mari Saario is the new Director of Sustainability in Sulapac, with over 20 years of professional experience in this field. Nowadays she wants to discuss more about impact, systemic change, and business opportunities than just footprint calculation. We know, what we have to do. The key question is how to do it.

We have a unique opportunity here in Finland and in the Baltic sea to put together a working sustainable industrial ecosystem and tackle the challenges together.