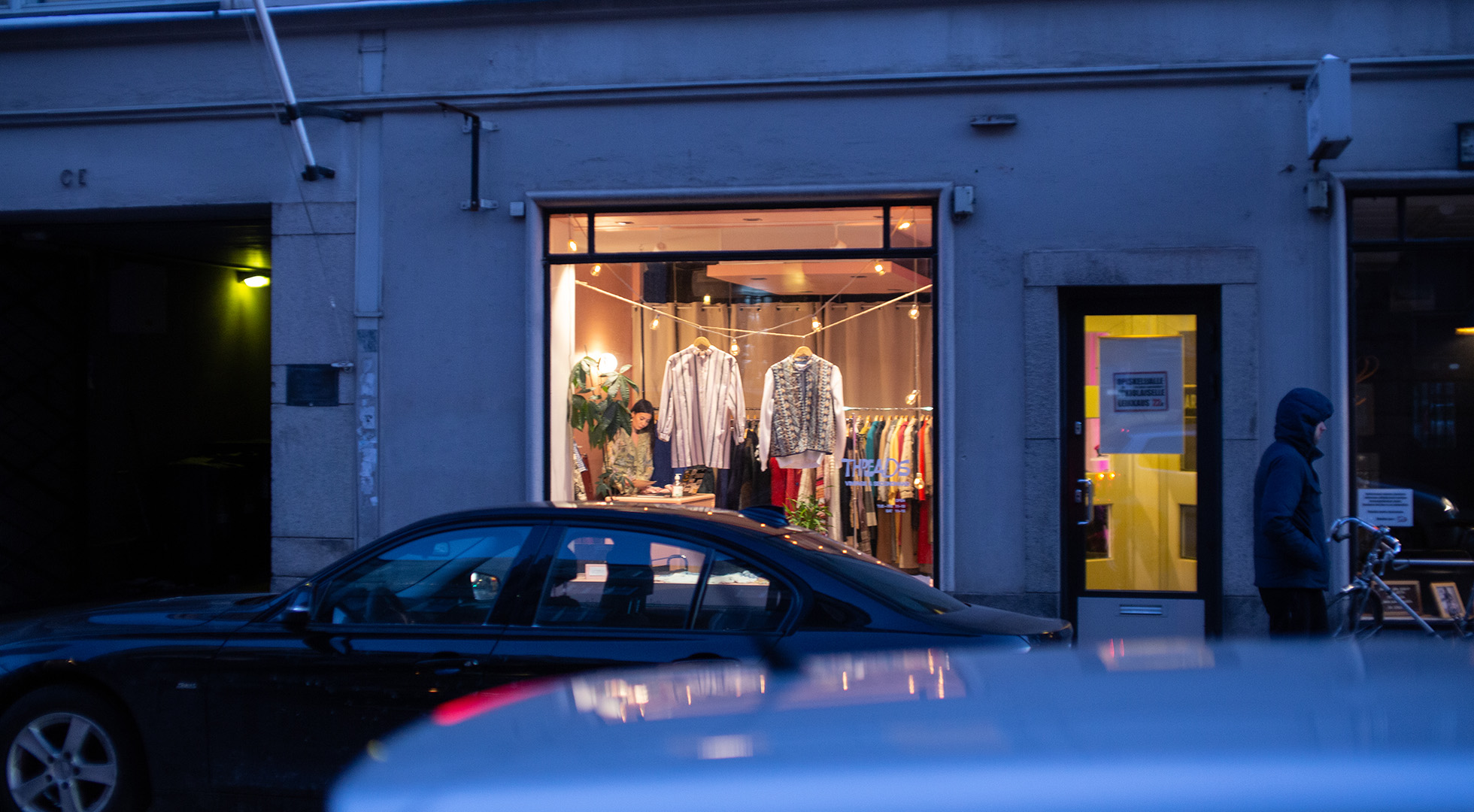 Give me liberty, and give me a salary — two stories of being self-employed

Being self-employed can be tricky, but it can also be extremely rewarding. As your own boss, you’re free to work whenever and wherever you want, and don’t answer to anyone but yourself — except maybe to your customers. However, with great power comes great responsibility, and you’ll remember that when you’re filling out forms for the Patent and Registration Office or figuring out how much you can pay yourself and still keep the business running. Most of all, being self-employed is being able to do what you love and make a living doing it.

And that’s exactly what Sara Louhela and Jesse Jokinen are doing. They both decided to become self-employed, but they chose different paths to do it. In Finland, there are several ways for one to sell their own products, time or expertise, so we had a chat with Sara and Jesse to understand two of those ways a bit better and to learn how they suit these two young entrepreneurs. 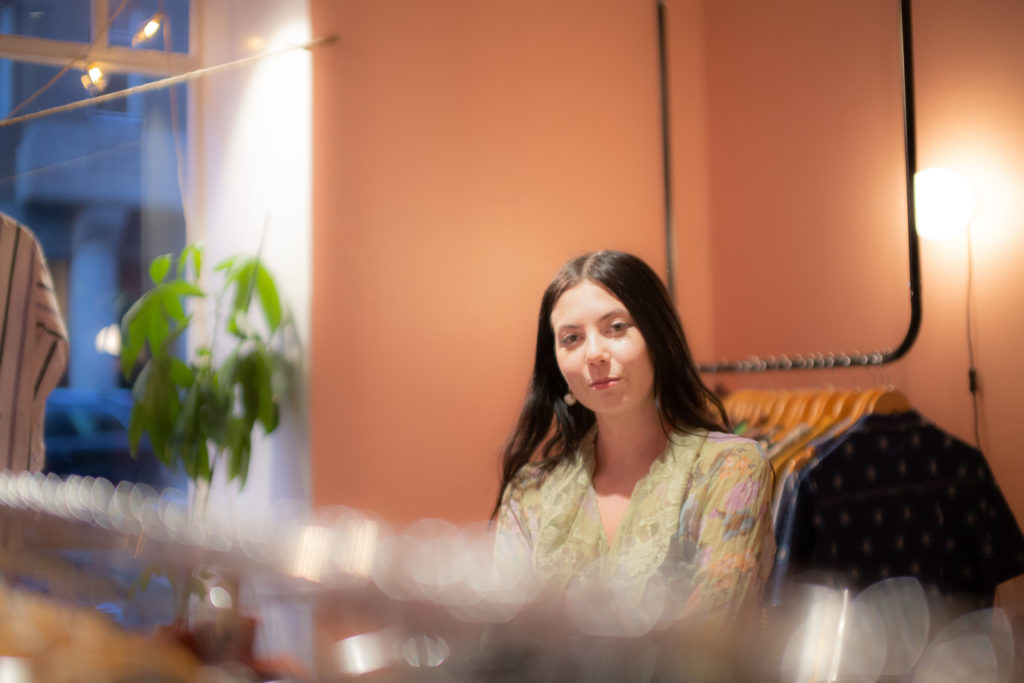 Sara recently opened an online store, but her shop is where her heart is

A passion for sustainable fashion

Sara runs a vintage and secondhand outlet, Threads Vintage & Secondhand, with an online store and a shop in Kruunuhaka, Helsinki. She is a private trader, registered in the Trade Register as herself, and she has her own business, which in turn has a company name: Threads Vintage. In Finnish, private traders are often referred to as “toiminimi”, but legally speaking “toiminimi” actually means the company name. Some benefits of being a private trader— also known as proprietorship — are having your company name protected, being able to buy things as a company and thus making them tax-deductible and being able to apply for an enterprise mortgage as a security for a loan. For Sara, this method of self-employment seemed like the natural choice. “I had to review the different kinds of companies, but it was pretty clear from the start that I’d go for proprietorship,” she says, “I work alone, but I also have a physical store and import goods from abroad, so freelancing wasn’t really an option.”

Already when Sara was deciding where to study, she had this idea of having her own small store. After graduating, she ended up working for several different clothing companies, but none of them felt right. “I started to feel eco-anxiety and wanted to be more helpful somehow, to make a difference,” she says. That’s how she came up with the idea of a secondhand store. “I wanted to bring the clothing industry into a better direction, even if it’s a small step.” More secondhand clothes used means fewer clothes produced, which means saved resources and a cleaner future.

I wanted to be more helpful somehow, to make a difference.

Now she’s making a difference, one small step and one sold piece of clothing at a time. Covid has been tough for business, but she’s managed to get peoples’ attention with her highly curated selection. “I bring in inspiring secondhand clothes from abroad, things that are hard to come by in Finland and that are a bit different to what we’re used to here,” she says. Just buying interesting clothes and selling them on isn’t enough for her however, so she also spends a lot of time fixing, altering or even making clothes. That allows her to sell truly unique pieces available nowhere else, and to embrace her DIY-attitude. Sometimes customers also want to sell or donate their old clothes to her, and while they can broaden the selection she also has to refuse at times. “I really appreciate the thought, but I want to keep my own style, so I can’t accept everything.”

Sara sees being an entrepreneur as an extension of herself. “I am the brand. Everything I’ve learned, everything I am is reflected in my business, and what happens with the business is reflected in me. There’s a lot of freedom, but not so much free time, “she says. Sometimes being so heavily involved in your job can be frightening, and Sara admits that it can be scary to give so much of oneself without knowing how people respond: “I’m kind of selling who I am, and if people don’t like it, it’s easy to think they don’t like me.” Despite the challenges, she’s really happy with her choice, and she feels like this is what she truly wants to do. “Entrepreneurship is a journey. I don’t know where I’ll be in three of five years, but right now, I’m exactly where I want to be,” she says. 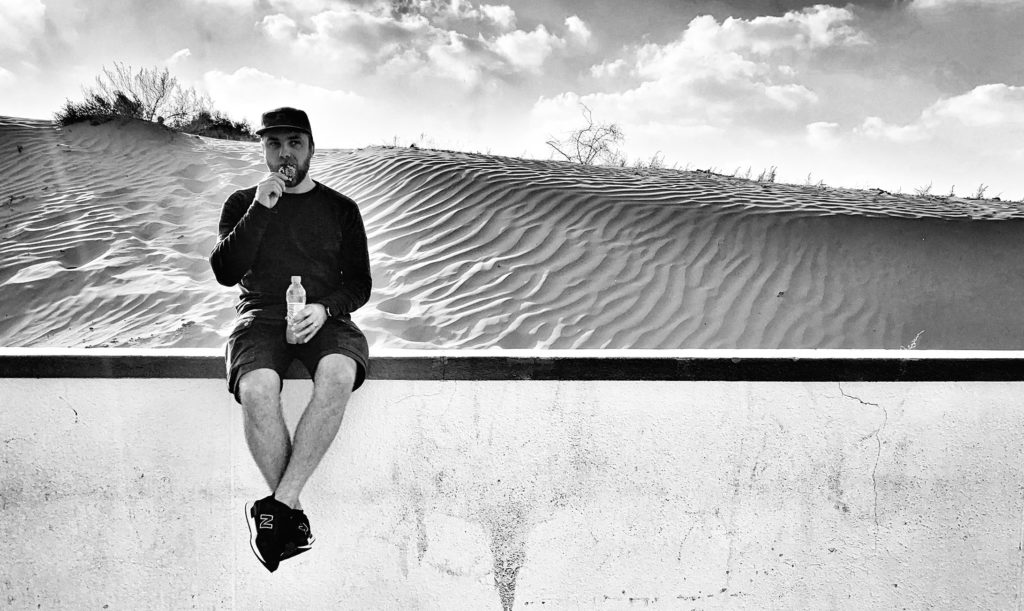 Jesse’s work is gig-based, but he still finds time to breathe

A landscape of opportunities

Jesse works as a freelance cinematographer and director, and he is what you’d call a light entrepreneur; he’s self-employed but doesn’t have his own company at all. The line between a freelancer and a light entrepreneur is hazy at best — while they both usually do gig-based work for different employers, the main difference is that a freelancer can be registered in the Trade Register as a sole trader, but a light entrepreneur never is. Instead, a light entrepreneur usually uses some invoicing service, such as Ukko or Kassavirtanen, for billing. Jesse uses Ukko as an invoicing service, but also works as a freelancer with his own tax card. “I like not being burdened by things like my own camera gear or a studio, and I like to keep all my options open all the time, so for me this is the way. Ukko makes invoicing quite easy, I don’t need an accountant, I don’t get any of the hassles of having a company, so I can focus on taking jobs that I like,” Jesse says.

For the first five years of his career, Jesse worked in a TV-production company. He quickly realized that it was the work he liked, not the job, and so he decided to become a freelancer. When he ran into Ukko some 4–5 years ago, that made his decision of not registering as a sole trader even clearer: “I mostly sell my expertise and knowledge anyway, and Ukko gives me the opportunity to do invoicing for those customers who I can’t work for with my tax card.”

Now, he’s going from gig to gig, some of them lasting a day, some several months. Such a lifestyle can be hectic and quite stressful, but for Jesse it’s all about freedom and opportunities. “Sure, there are more risks, but also more possibilities,” he says, “If I had been working full-time in some company or another, I wouldn’t have had the chance to do underwater shooting for the Finnish Heritage Agency or a documentary TV-show about astronauts in the Dubai desert.” Jesse has been asked by several companies to take a full-time job, but he’s declined them all so far, as none of them have offered the same amount of freedom and variety as freelancing. Naturally, being a freelancer leads to situations when work is not available. “There’s always stress about the next gig, but that’s natural. The hustle is part of the job, and you just need to live with it. When Covid struck and I lost a ton of jobs, I thought that hey, now I have more time to ski,” he says. “Well, that and panic a bit about the future to be honest,” he adds.

Working as a freelancer and as an entrepreneur is the same. The only difference is that it’s just me, there’s no company.

Regarding gigs, Jesse feels that most of the time you should try to pick the ones you actually want to do, and then do those as well as humanly possible. “I don’t want to take gigs just because they’re long or pay well, instead I’m looking for gigs that give me the possibility to learn and develop myself and my career in the way I like,” he says. Sometimes the job ends up being something else than expected, but as a professional Jesse never backs down after the names are in the paper: “If I’ve said yes, I do the gig 100%. I’ll finish in time and within budget, and I never compromise quality. If there’s something I’m unhappy with about the job, I think it’s my own fault as I’ve already agreed to do it. As an entrepreneur, I must take responsibility for my own actions.”

And yes, even though he doesn’t have a company, Jesse sees himself as an entrepreneur, and so do we. “Working as a freelancer and as an entrepreneur is the same. The only difference is that it’s just me, there’s no company. And for me, that suits perfectly,” he says.