Rahul Abhisek has always been entrepreneurial, but at Aalto University, he learned how to start a business. Rahul came to Aalto from India to study design and new media eleven years ago. The time here has drastically changed him — and his plans for the future.

The freedom to explore

India and Finland are different in many ways, but the first thing Rahul points out is freedom. “I could take courses from outside my own department. I didn’t have to finish my Master’s in two years and get a job immediately — it was liberating. And it left me time to explore,” he says. That exploration is largely what led him to the path of entrepreneurship.

As Rahul was already interested in the topic, he decided to take an entrepreneurship minor from the School of Business. There, in the course Venture Formation, he understood how much he still had to learn — and learn he did. After finishing that course, he and some classmates started a software company to create a student communication platform. They got funding from Aalto Center for Entrepreneurship but soon discovered their original idea wouldn’t fly. After a quick pivot, the new product was developed together with Aalto IT and eventually sold to the university. Next, it was time to start working on his thesis. “I had been studying for my Master’s for four years at this point,” Rahul says. “I decided maybe it was time to graduate.”

Of course, that didn’t mean he’d stop all the side-hustles. 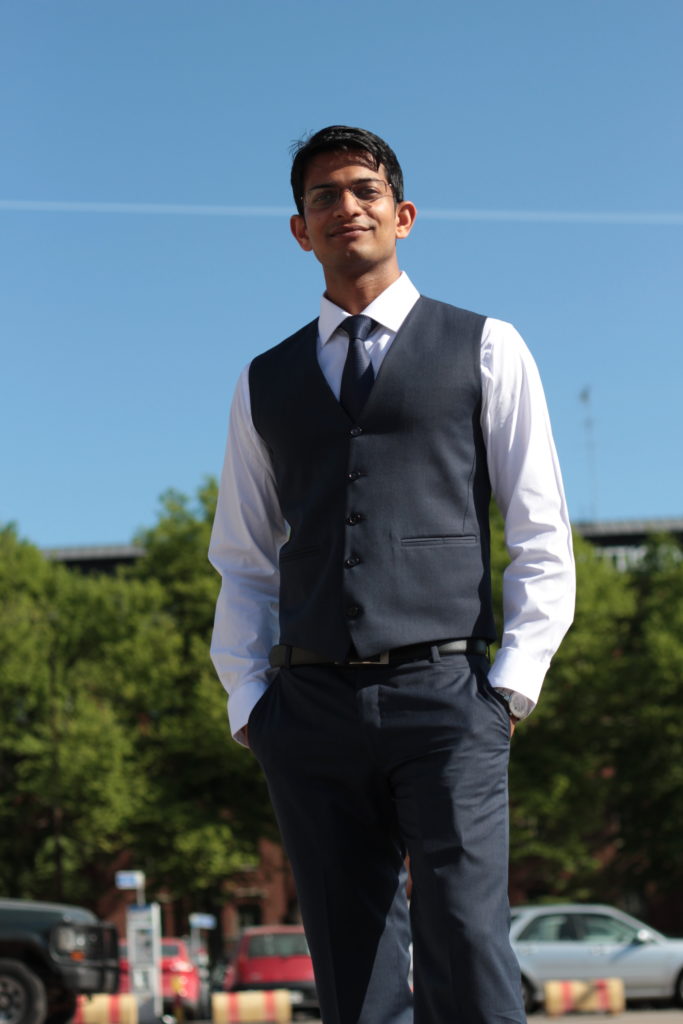 Rahul Abhisek came to Finland to study design but ended up starting his first software company before even graduating.

In the Venture Formation course, his professor had told Rahul that if he wanted to learn even more about entrepreneurship, there was this new program at Aalto University that focused on the topic, called Aalto Ventures Program. Rahul had visited some AVP events during his time with the software company and gotten to know Kalle Airo, one of the founders and a current co-director of AVP. Rahul not only moved his minor to AVP but contacted Kalle and landed a part-time job at the program to finance himself while working on his thesis.

Studying in Aalto was liberating. It left me time to explore.

Almost immediately he took on AVP’s marketing efforts and the responsibility of bringing more students to the program’s courses. It was Rahul who led AVP through our first — but not last — website renewal, created our first newsletter, and presented AVP at various courses, events, and booths to spread the word. Many of the practices we still do originate from Rahul’s time, even if they’ve changed a lot since then.

Nothing lasts forever, though, not even working on one’s Master’s Thesis. After graduating, Rahul had to leave his position at AVP as then only an active student could have the role. Unfortunately, he needed a full-time job to stay in the country, so something had to be done. “I didn’t want just to find a job, but to figure out what I want to do, what I want to achieve. There’s no time for exploration with a full-time job,” Rahul says. Entrepreneurial as he is, he set up a sole proprietorship just to stay in Finland and doubled down on figuring out what he’d like to do.

From connections to consulting

One thing he did was to visit pretty much every single entrepreneurship event he could find. At one of the Thought Leader’s Talks by AVP, he learned about management consulting from a consultant who had sold his consulting company to a bigger firm. Incidentally, he was also a popular DJ and a friend of Kalle’s. Rahul asked Kalle for an introduction, and soon they were taking a taxi to the consultant’s office together. There, Rahul got to ask him a bunch of questions, got feedback about his CV, and decided to become a management consultant. 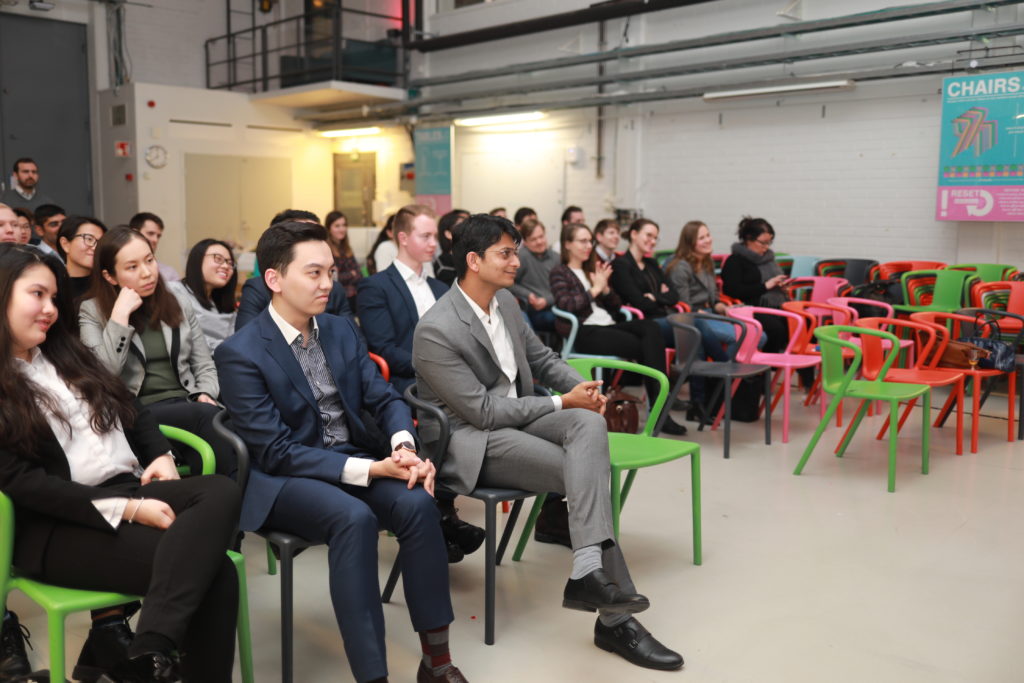 As a part of his self-exploration, Rahul took part in almost every entrepreneurship event he could find.

“As a management consultant, you need to solve complex problems for other people in a short time, and that’s what I wanted to do,” Rahul says. The problem was, he didn’t know how to do it just yet. So, he learned. For over a year, Rahul studied solving business problems and worked on practice cases with people all over the world. He started going to hackathons to work on his problem-solving skills and soon started winning some of them. He was offered full-time positions at some of the hackathons’ partner corporations but instead chose to work with small café owners and solve their financial problems. Finally, he felt ready to become a full-fledged consultant. However, working for someone else still felt like giving up on his freedom.

The only sensible step was to set up his own consulting business — but with a little twist.

Rahul saw that many brilliant students in universities like Aalto and Hanken had difficulty finding a job. At the same time, the top management of many a company could benefit from a fresh perspective on things. These two observations led to the founding of StrategyCo. Global. “We wanted to help students learn more and get relevant experience, and provide companies with a team capable of both high performance and fresh thinking,” Rahul explains. StrategyCo. Global identifies top talent from select universities, trains them in consulting, and forms teams with both students and experienced consultants. These teams are then sent to customer companies to solve their most wicked problems.

I know the pressure of having to get a job just to stay in Finland. I’m so glad I’ve found a way to help both myself and so many others stay.

Over the past five years, StrategyCo. Global has trained more than 300 students, many of whom are now working in big companies and consulting. Some of them are now Rahul’s customers. Quite a few of the students are originally from outside Finland and would’ve had to leave the country had they not gotten a job — just like Rahul himself. “I know the pressure of having to get a job just to stay in Finland. I’m so glad I’ve found a way to help both myself and so many others stay.”

The next step for StrategyCo. Global is to expand more globally. They already have projects in Sweden, Norway, and the UK, but Rahul sees potential for a wider reach. “It’s not a niche problem we’re solving, but a global one,” he says. About selling his company like the AVP speaker who inspired him, he has a clear opinion: “Exit is not on the menu.”

Rahul has an uncommon background of having both studied and worked at AVP, which he believes has helped him succeed. As a student, he got concrete tools and skills for starting a company. “One of the lessons I remember most clearly is to create revenue from day one. I’ve never had to raise funding,” he says. On the employee side, he got to put his learning to practice immediately and see backstage; how the lectures and events he was learning at were made to happen. “It takes a surprisingly long time to book a speaker to an event. To celebrate the first year of my company, we held this big event at Aalto Design Factory with Pekka Haavisto speaking. I would’ve never been able to make it happen without my time at AVP learning to do things in practice.”

Exit is not on the menu.

When asked for tips for international students who want to become an entrepreneur, Rahul doesn’t hesitate: “Come to Finland. There’s the freedom to experiment and build new things, and you can take risks but still have a safety net.” He also suggests being as active as possible and following his example of attending all the possible events. “Talk to everyone you can. You might meet your future colleague or co-founder. I even met my wife, but that might not be as common.”

Get out there. You never know what you’ll find.