Getting started with a company in Finland is relatively easy, but often the most inspiring stories come from somewhere it isn’t. One of those stories is that of recent Global Good Awards silver medalist Rewati Gurung, founder of Kokroma, who wanted to bring the Finnish baby box to Nepal. The path hasn’t been easy and plans have changed along the way, but now the road is looking clearer — thanks to hard work, happy coincidences and entrepreneurship education.

Rewati Gurung grew up in a small village outside Kathmandu, in rural Nepal — not a place known for its bustling entrepreneurship ecosystem. After several years of working in research, two major things happened in 2015. A severe earthquake struck central Nepal in April, causing major destruction. Rewati, wanting to help victims of the earthquake, started an initiative to distribute tea to hospitals, thus getting her first experience in founding something of her own. In the summer, she traveled to Finland to participate in a summer school by the University of Helsinki about gender and politics. In Helsinki, she visited museums, learned about brands like Marimekko — and heard about the Finnish maternity package, also known as the baby box.

The first spark of entrepreneurship had flared up in Rewati, but it still took a couple of years to fully ignite. In 2018, she was traveling Nepal making a documentary film about Nepalese craftsmanship, visiting workshops and getting to know local clothing brands, when everything suddenly clicked. Plenty of high-quality clothes are made in Nepal, but they are mainly sold abroad. Utilizing Nepalese materials and craftmanship one could produce sustainable and high-quality baby clothes and create a baby box for new Nepalese mothers. “The baby box was such a great concept, but it seemed like a big thing, something only the government could do. I knew we had the resources and the capacity, so then I just decided to do it myself,” Rewati says. 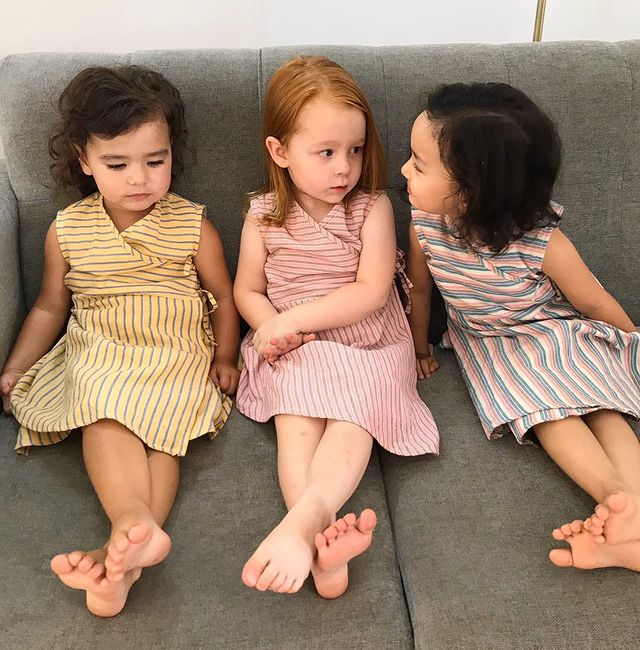 Rewati had saved up some money by making films and spent that in research to find out why people choose specific baby clothes. She wanted to use only Nepalese products, Nepalese labor and to make sure every piece of clothing she packaged had a positive impact, but that turned out to be trickier than she had thought. “A lot of material is brought from China and only stitched in Nepal, whereas I wanted materials that were woven locally. We also have some weavers in Nepal, but they are quite commercialized and not of the best quality,” she says. The solution came from an unexpected source — she saw in a news piece that no one was buying the high-quality textiles from prison weavers because the design wasn’t appealing. Rewati decided to tackle two problems at the same time: help the prisoners sell their products, and acquire quality textiles woven in Nepal. In December 2018, she launched the first Nepalese baby box, filled with sustainably produced high-quality baby clothes, called Kokroma.

Unfortunately, it was not a success.

“I couldn’t sell anything. I managed to produce twenty boxes before running out of money,” Rewati says. “I tried selling to friends and relatives to make even a couple of sales.” In her darkest hour, a mysterious hero emerged. When Rewati was sitting in a café in 2019 with one of her baby boxes, a woman asked her what she was carrying. After telling her story, Rewati was left with the woman’s contact information, a promise for help and some newly found hope. The woman, named Cristina Henriquez, wanted to give Rewati 15 000 dollars from her Ignite Project to get started — she took 5000. That in addition to still making films helped her to hire her first two employees and get Kokroma finally off the ground.

I couldn’t sell anything. I managed to produce twenty boxes before running out of money.

Things were starting to look up. Rewati managed to bring her products to different stores around Nepal and got good feedback. She shifted the focus from baby boxes to individual pieces of clothing, which made them more affordable and accessible to many. Sales were picking up fast, and she was able to get more staff and more sewing machines for making more clothes. Rewati had high hopes for the year 2020. Then Covid-19 happened.

Rewati — like most of us — didn’t have any backup plan for a global pandemic. In the face of uncertainty, she showed true entrepreneurial spirit. “All of our staff worked from home, and we started to make face masks for children and supply hospitals with our products since they were able to sell them to new mothers even during the lockdown,” she says. 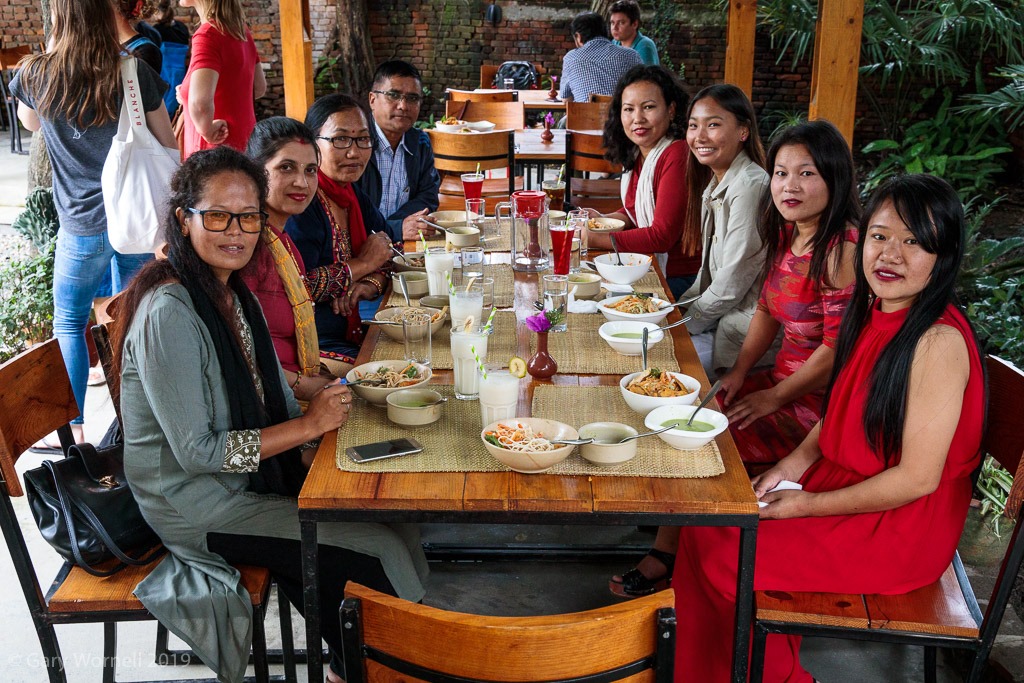 Kokroma’s team is made up of local women.

Emboldened by her success before and during the pandemic, Rewati wanted to make Kokroma even bigger. The company was born out of her passion for social work, for helping people — not to make money. By hiring young women from rural areas and buying the cotton from prison weavers, she’s improved dozens of lives. The company is so active in social work, that it also functions as their marketing. However, Rewati had never studied business or entrepreneurship and didn’t really know how to scale up. When she saw an ad for a summer course about Nordic product design and entrepreneurial mindset organized by Aalto University and XAMK, she immediately knew what to do.

I had thought business is only about money, but in the course I realized it’s about solving problems.

“The course was so useful. I had thought business is only about money, but now I realized it’s about solving problems. I knew that I was in the right place,” Rewati says. The course was fully online, which made it possible for Rewati to attend while running her business in Nepal at the same time. In the course, she learned more about how to turn a product into a business and how entrepreneurship can change the status quo. “I had never heard the word disruption before, even though I had always known that it can be done — entrepreneurs can make big changes for the better.”

What she liked most about the course was connecting with other people and talking with real entrepreneurs about their experiences. Coming from a small village outside Kathmandu, very few people in the city share her situation. “Most entrepreneurs here are locals, running a family business they inherited. Unlike them, I don’t have a support system so it was really helpful to realize I’m not alone in this, that there are others going through the same struggles.”

One of Rewati’s advantages in the course was that she already had her own company while taking it. Although she hadn’t had any formal education, she saw that she had instinctively done many things right — but also that she could’ve done many things differently. She could immediately take the lessons from the course and apply them to her own company. “Rewati was a very committed student, and you could tell she already had practical experience,” says Lidia Borisova, one of the course’s teachers and AVP’s Head of Education.

I never would’ve thought of growing this much without the Aalto course.

The course made Rewati realize there’s so much more to entrepreneurship than she thought, even though she had already started her own company rather successfully. “The course felt like a teaser, I wanted to learn more, become better,” she says. Now, Rewati is both looking for a longer course in entrepreneurship and at the same time in the process of launching a new product line called Kokroma Organic. The current products are already local and highly sustainable, but for the new line, she wants all the materials to be also certified organic. “This is a great time to scale up. Sales are good, and people are even asking us to bring back the baby box!” Rewati says. “I never would’ve thought of growing this much without the Aalto course. Now I see that I’ve been just testing this far. Now it’s time to go bigger.”