It’s only fitting that the story of team Koor — the winners of Solve the SDGs whose solution helps alleviate the effects of climate change in the Horn of Africa — starts in Kenya. Pamela Ngui, Sophia Rudolph, and Daniel Chrisendo were traveling there as a part of a course Daniel was teaching. There, they met Myungji ‘MJ’ Suh from the AVP team, who was in the country to foster future collaboration between AVP and local universities. MJ told the three of them about Solve the SDGs when there was just one day left to apply. After a short consideration and a couple of quick recruitments, they decided to join the hackathon — which proved to be an excellent decision. 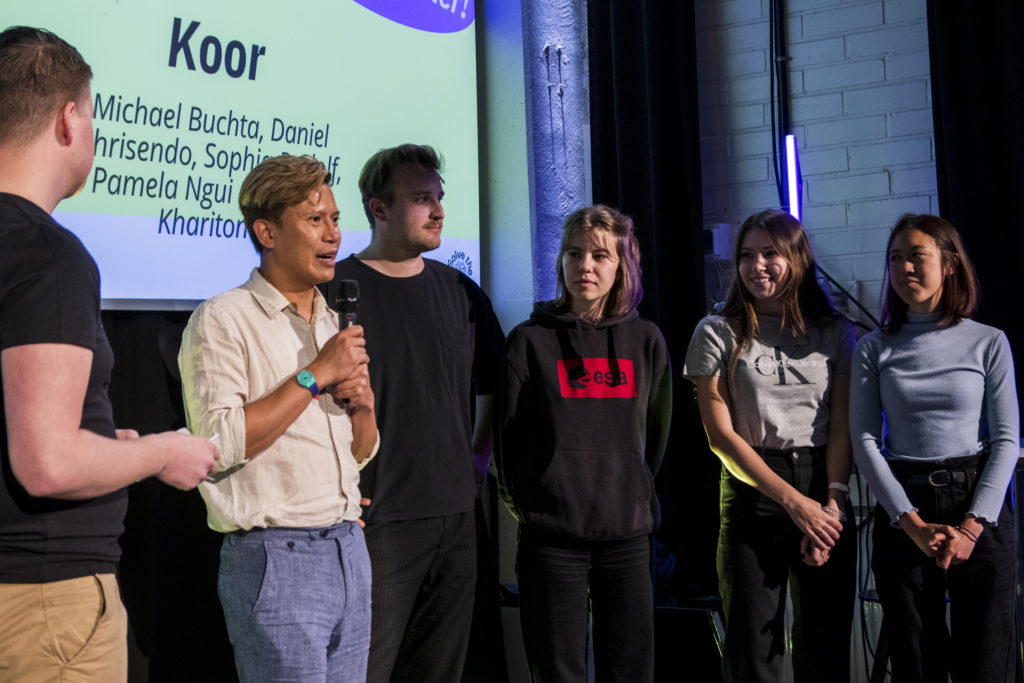 Daniel has a Ph.D. in Agricultural Economics and is working as a postdoc researcher in Water and Environmental Engineering at Aalto University, whereas Pamela is studying for her Master’s in Creative Sustainability and Sophia is doing her Erasmus in environmental engineering, so the sustainability-themed hackathon was a perfect fit for all of them. The other two team members, Michael Buchta and Varvara Kharitonova, brought in design and more sustainability skills. “The diverse team helped a lot with different aspects of the hackathon. We complemented each other well,” Pamela says.

All the challenges at Solve the SDGs revolve around Sustainable Development Goals, or SDGs. Team Koor decided to tackle the challenge focused on SDG 13, Climate Action, by Kymppi Project. The challenge — Climate crisis as a human rights issue — tasked the team to create an easy-to-use digital solution to help communities in the Horn of Africa increase their resilience against the increasing damages caused by climate change. “Climate change has a huge influence on the Horn of Africa, but the people there have limited options in fighting it,” explains Yusuf Mohamed Mubarak from Helsinki Deaconess Foundation, one of the organizations behind Kymppi Project.

As team Koor had experience in development in developing countries, water, climate change, and food systems, picking the challenge was a no-brainer. “All the challenges were interesting, but looking at the options, we thought we’d be able to contribute the most to this one,” Daniel says. Smiling a bit, he adds: “Of course, we wanted to win and thought we had the best shot with this topic. So it was a strategic decision too.”

Climate change has a huge influence on the Horn of Africa, but the people there have limited options in fighting it.

After choosing their topic, the team dived into research and soon had a rough idea about what they wanted to do. “80% of the population of Somalia are farmers, mostly livestock farmers, and the effects of droughts are acute. It kills livestock, decreases food supply, and eventually displaces people. However, even with existing data, the droughts are not entirely unpredictable. We wanted to give the people access to that data in a useful way,” the team members explain.

With the initial idea in their heads, the team turned to the mentors to hone it further. They asked many questions about where to focus and to understand the context better. “We got to talk with Yusuf from the start, which helped us a lot,” Pamela says. Yusuf was present for almost the entire hackathon, but he wasn’t alone. “We talked with Yusuf on the first day, and even though he was extremely resourceful, he told us to also talk to the other mentors. That was really useful advice,” Daniel says. Talking with more than one mentor about the same topic and the diverse advice helped the team be more critical and look at their solution from multiple perspectives.

Since the idea was quite clear already after day one, the team was able to focus heavily on research and the story. “Not many people present had been to Somalia, so to get their votes, we had to create a compelling story. And for that, we needed research,” Daniel explains. After really crystallizing what they wanted to do and what to tell about it, the team built their prototype and created their video on day three — and, optimizing their time usage, they submitted them mere seconds before the deadline.

The result, the digital platform KOOR, is an early warning system for drought. Koor is a Somali word referring to a bell attached to a camel — the number one livestock in the country. If a farmer is missing a camel, they can find it by the warning of the bell. Likewise, the team hopes KOOR can give a warning to Somalian farmers about incoming droughts. When a drought is predicted, the farmers will receive an SMS informing them when it starts, how long it lasts, what animals are affected, and what action could be taken to mitigate the effects as well as possible.

Always pay attention to your story. When you pitch, that’s what matters.

The team was pleased with the result, and so were Yusuf and the other mentors. In the end, they had six teams to choose the winner from. “It was quite challenging, actually. However, when we decided that the winner should clearly address SDG 13 and be actually implementable without a huge financial investment, Koor rose above the competition,” Yusuf reveals. Focusing on the story paid off, and in addition to winning their challenge, Koor was voted by the participants as the overall winner of the hackathon. 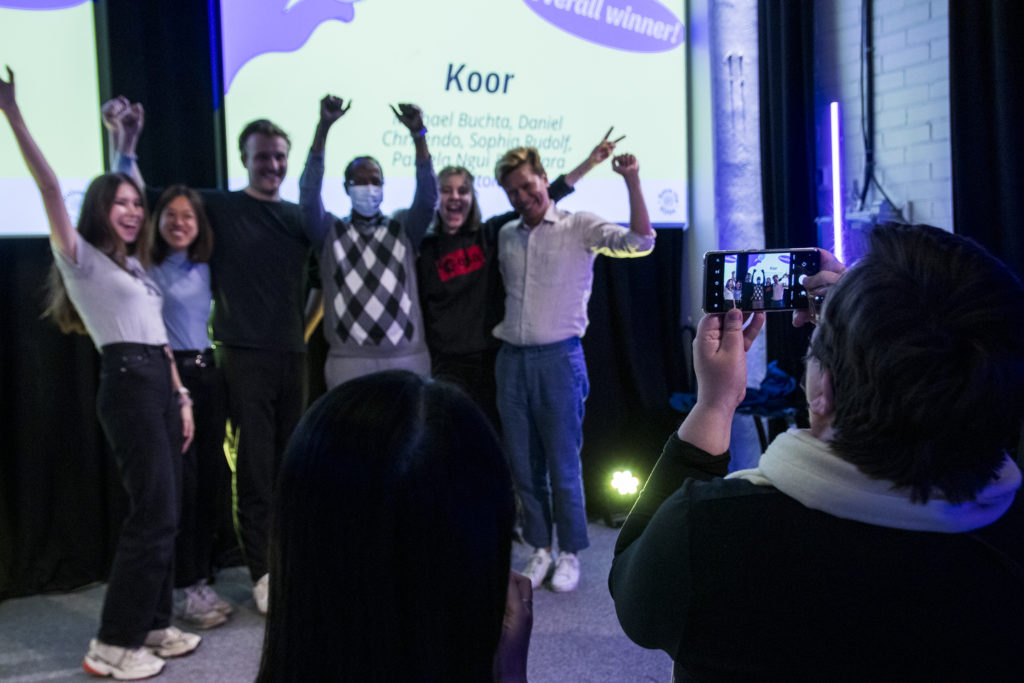 Team Koor, on stage with their mentor Yusuf Mohamed Mubarak, was voted the overall winner of the hackathon, claiming a prize of 3000€.

As one might guess, since one of the main criteria for the winner was the potential for implementation, there are already some plans for making Koor more than just a hackathon project. “There’s already interest in Somalia, and we’ve discussed with some local partners,” Yusuf says. Currently, the idea is to work on the project as a series of Master’s Theses to avoid the hassle and funding required to do it as a startup.  “Implementing KOOR would be a long project, so multiple students could work on it one thesis at a time, bringing in competencies we don’t have, such as programming. And as a full-time researcher, I could also contribute as a supervisor,” Daniel envisions. For now, Kymppi Project, the students in the team and their professors will discuss how to proceed.

Overall, the hackathon was a great experience for both the team and the mentors. Yusuf particularly wants to thank all the teams for being so active and interested. Daniel, who snatched a double win in his first hackathon, shares one last piece of advice: “Always pay attention to your story. When you pitch, that’s what matters. You could have a very fancy and sophisticated app, but if the story is not there, neither are the votes.”

Solve the SDGs is an annual sustainability-themed hackathon by AVP and Junction.