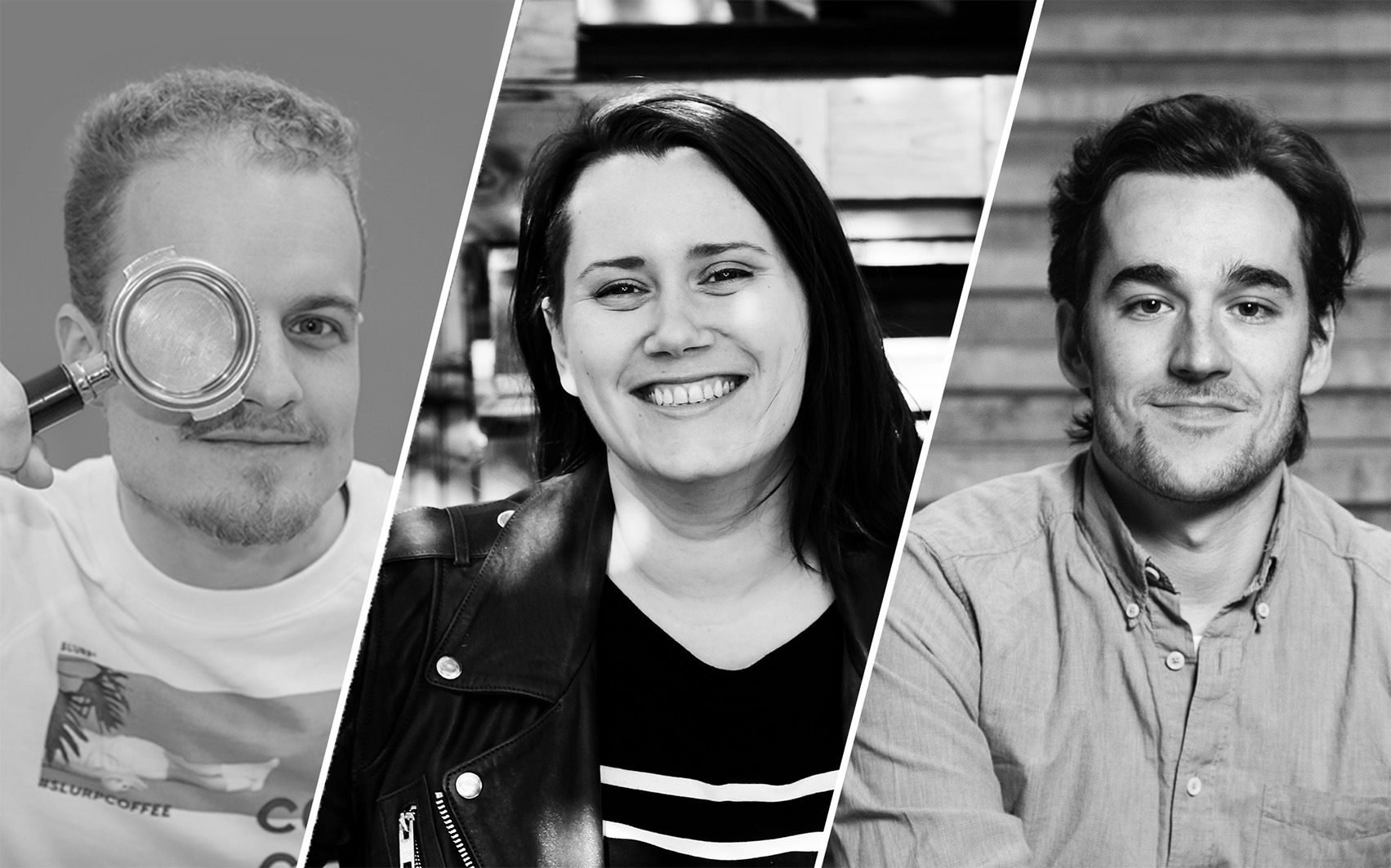 Entrepreneurship is often considered difficult, time-consuming and overall an undesirable career choice. We don’t deny that it can be hard at times, but many students or alumni of Aalto University already have a lot of experience they’d need as a future entrepreneur — even if they don’t necessarily realize it themselves. We talked with three founders who used to volunteer for Aalto University Student Union (AYY) or some of the many associations under it and they all had the same message: volunteering in associations is some of the best entrepreneurship experience your time in the university can offer. 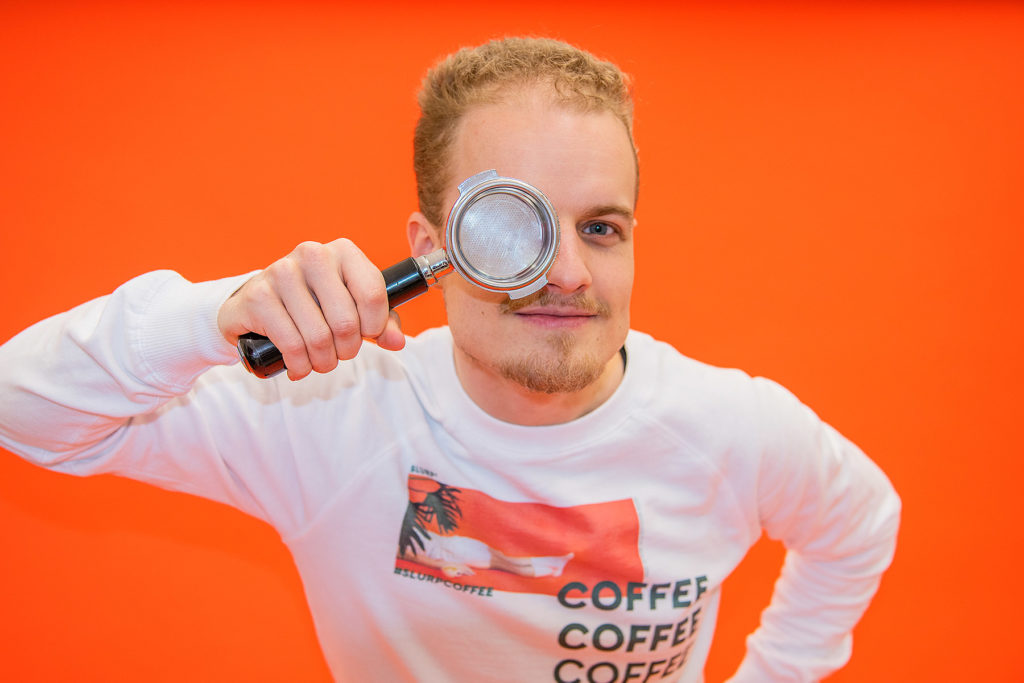 Rafael Linnankoski is one of the founders of Slurp Coffee with a background in architecture at Aalto University. He started his studies in 2010, and during the five years before totally giving himself up to Slurp in 2016, he acted as the Adjutant (now ISO Councilor), Freshmen Captain and President of the Guild of Architecture. In addition, he continued to affirm the guild’s future while it was being transferred under Aalto ARTS and acted as the editor-in-chief for Wappu-magazine Äpy.

We meet Rafael at Slurp’s office in downtown Helsinki. The office is very much like that of any small startup, except that the kitchen is packed with coffee and equipment for preparing it. After the tour and a cup of (excellent) coffee, we sit down in the lounge area.

“My guess is that there are so many influential people coming out of Otaniemi because of the strong student culture. People have had the chance to explore, do all kinds of projects and form networks naturally,” Rafael says.

With so many project-based courses and the liberty of selecting them from other schools within Aalto University, it could be claimed that our education provides plenty enough opportunities for exploration and networking. After all, courses often force students to form groups, work on large projects and solve difficult problems.

Courses, however, have little to no risk involved. The worst thing that can happen is that you fail the course, but that has no effect on other people. And even if you fail, you can always try again with no penalty whatsoever. This, Rafael says, is where volunteering in associations comes in: “It’s a place where you can practice taking risks that actually have some meaning, still in a relatively safe environment. In many ways, volunteering is just like entrepreneurship; it’s a service created by students for users that are also students.”

Rafael’s own path to entrepreneurship started right after his year as the President of the Guild of Architecture. Even though his initial idea was to get some rest, when the opportunity arose, he felt ready. “My brother had this idea that good coffee is not easily available and wanted to change that. I was already used to having something going on aside studies and had a good drive going on with getting things done, so I thought why not.” Not long after, architecture was left behind, and Rafael was spending his time building Slurp’s website and creating their proof of concept.

As an entrepreneur, Rafael uses daily the skills he learned while volunteering in his guild. “Teamwork, communications, getting out of your comfort zone — those have been really useful lessons,” he says.

Rafael has always been a person who’s ready to experiment and put himself in a tight spot, but he believes volunteering in associations has had a big impact on where he is now. “It gave me a safe environment in which to try out new things, lead people and learn how to understand the big picture — more so than any course.” 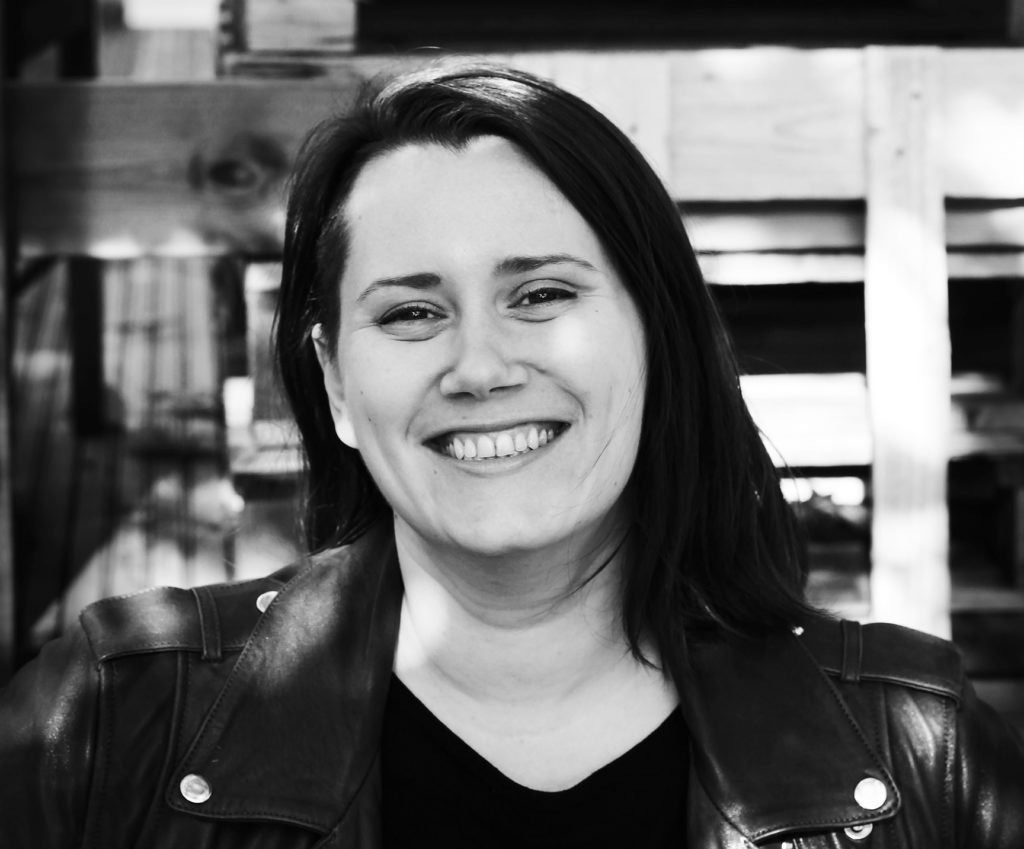 Piia Kuosmanen set up her own company just a couple of weeks before the interview, but she’s no stranger to the startup world. She was one of the key players in setting up Dare to Learn and Slush China, and she currently has a day job as the People Operations Lead at the Shortcut. She started her studies in 2008 in the degree programme of Information Networks and spent two years — one of which as the President — on the board of Athene, the guild of the programme. Additionally, she sat in several committees dedicated to the development of campus and studies, organized AYY’s annual ball, acted as the Chair of the Board of AYY and as the President of SYL, the National Union of University Students in Finland.

Piia greets us with an elbow bump in the Shortcut’s office, which is still full of people, even though the first signs of the measures to slow down coronavirus can already be seen. A big event has been canceled, and there are piles of leftover vegan brownie in the kitchen. After grabbing some, we head to a quieter spot.

“I wouldn’t change a thing,” she says regarding her extensive volunteering career in different organizations, “the experiences I’ve had, the friends I’ve made, it’s all so much more valuable than graduating quickly and just getting a job.”

Today, universities try to push people to graduate faster than before. At the same time, many associations have noted that it’s gotten more difficult to get new people aboard and that fewer people are willing to spend a lot of time volunteering. Naturally, there might be many other reasons for this as well than just the pressure to graduate, such as the increasing number of associations and the quite static number of people in the pool from which they recruit. Regardless, Piia sees the increasing pressure as a problem: “I really question the value of studying for five years without being exposed to anything else.”

The experiences I’ve had, the friends I’ve made, it’s all so much more valuable than graduating quickly and just getting a job.

She herself has definitely been exposed to a lot of things and taken home some important lessons she has needed later. Working in teams, leadership, shaping organizations, being able to explain things clearly, running complex things with small resources, sales and marketing, getting people interested in what one is doing — these are all skills she learned not in the classroom, but outside it. “The mentality of just doing and seeing what happens has really stuck to me. I’ve learned to accept that you don’t always succeed and that it’s no reason to get depressed,” she says.

Naturally, association work isn’t for everyone. Every student must find their own path and decide what’s best for them and for their future. However, if one is even a little bit interested in trying out their wings in a relatively safe environment, the time at Aalto University provides a once-in-a-lifetime opportunity for that in the form of volunteering in associations. “Take the chance, you’ll never know where it can take you and what you might learn,” Piia says, “I’d probably be a completely different person today if I hadn’t jumped on that train.” 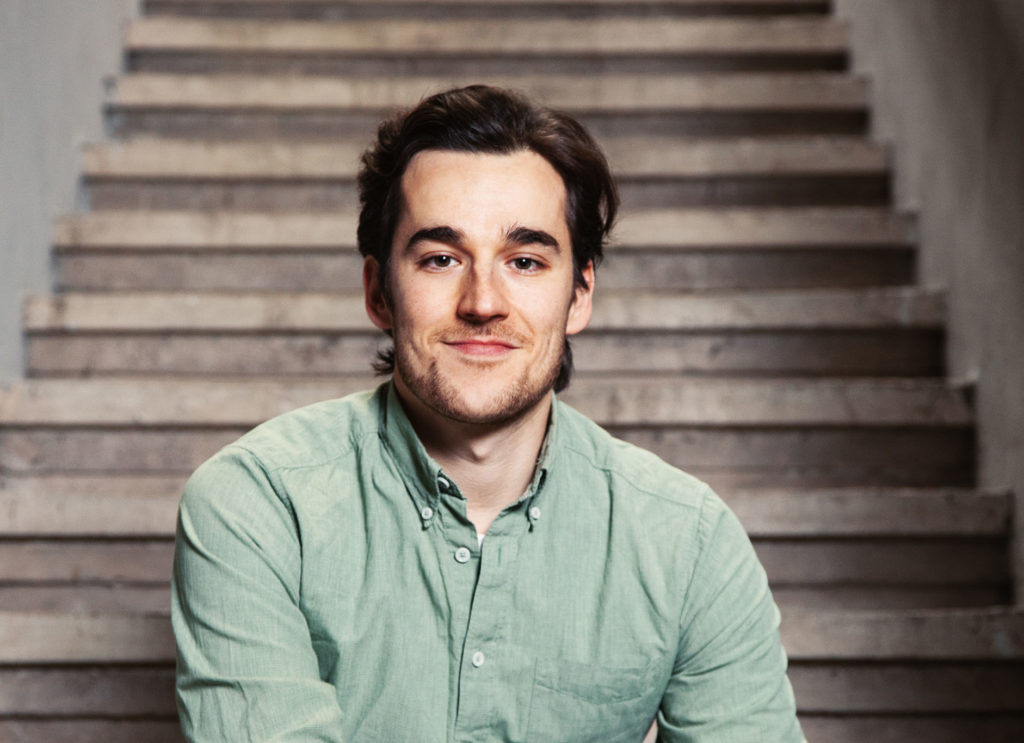 Alexander Pihlainen is one of the founders and the CEO of Bou, a new-school brand company born from the marketing department of Slush. His background is from the School of Business, where he did a bachelor’s in marketing and then continued to the Master’s Programme of Information and Service Management, accompanied by CEMS-studies in Stockholm. In addition to studies, his time was spent on the boards of business student’s association KY, the cultural sub-committee KUJ and acting in KY-Speksi. The rumor has it that he was also the second member of the legendary rap-duo KYntelligens.

Alexander meets us in Kamppi, at Bou’s office, which is quickly getting too small for them. He already has another meeting booked in an hour, so we go straight to business.

“If you see a problem, you don’t focus on complaining about whose fault it is. You start thinking about possible ways to solve it.” That’s the mindset that makes an entrepreneur, according to Alexander, and we couldn’t agree more. “Entrepreneurship is actually just about building things in a better way and solving problems together — and so is often volunteering in the student union or associations.”

A good leader is after all just a good person. That is something I’ve had the chance to practice when volunteering.

Maybe the biggest learning experience Alexander has been able to take away from his time at KY and now uses as an entrepreneur is leadership. Much like at KY, he now leads a group of people who are effectively his peers; he may have the formal authority over them, but they are of very similar age, background and skills. Therefore, it’s important to be able to inspire people, to make them want to follow you, instead of just telling them what to do. “In SSE, some professor summarized to us that a good leader is after all just a good person,” Alexander says, “that is something I’ve had the chance to practice when volunteering.”

Now that he has more experience from the business world, one of the things he’d now change in how things are done in the board of KY is to reconsider the number of meetings; they could probably work with much fewer of them. “Slush was then the other extreme of the spectrum: we’d sit down when it was actually needed and primarily focus on getting things done and see where that goes.” Alexander was recruited to Slush when he was studying in Sweden in 2015, and already next year he was running the marketing team as CMO. In 2018, while he was the President of Slush, he and his former colleagues decided to start Bou. “Slush was a great place to learn the ‘cut to the chase and get concrete” attitude. Plus, if you want to become an entrepreneur or build a team, it naturally helps if there are other entrepreneurial people around you,” Alexander says.

Of course, entrepreneurial people can be found in university as well, and Alexander feels the networks created during university years are extremely important. In this regard, Aalto is a good place to be in. “If you study at Aalto University, you have all the opportunities in the world. Sounds like a cliché but I really mean it. It’s just up to you how you use them.”