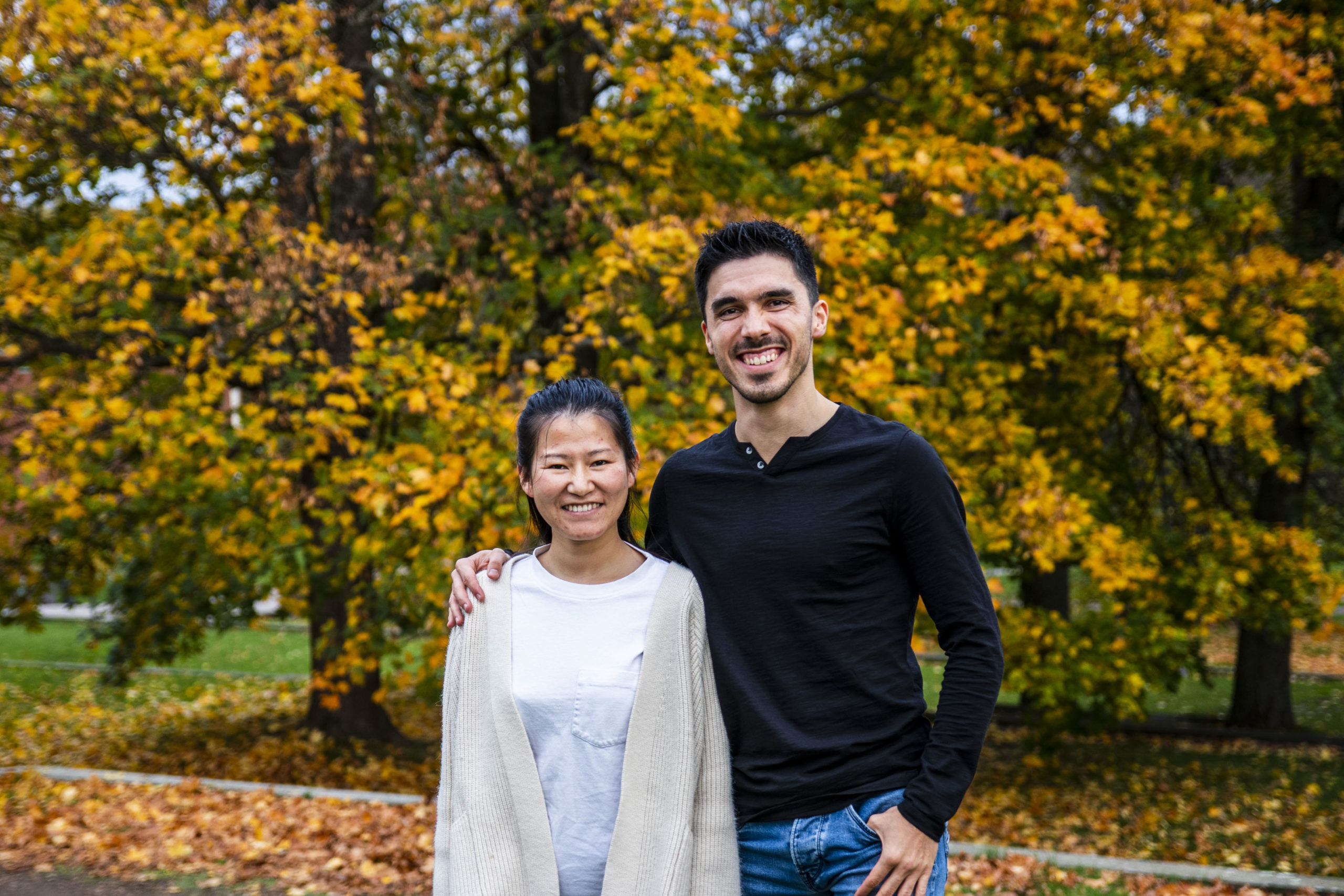 Buddy Challenge won the Health and Well-being category in Solve the SDGs, an online sustainability hackathon organized by AVP and Junction. Now, the team is helping AVP teachers to implement their solution into one of our courses, Good Life Engine, to test it in practice.

Shushu Liu, Markus Ogrizek and Anna Janusz participated in Solve the SDGs hackathon to learn something practical, but little did they expect that their solution would not only win one of the categories but also be implemented into one of AVP’s most popular courses, Good Life Engine. We put on our masks and met Shushu and Markus to have a chat with them about how they ended up in the hackathon, their solution, and its future.

“I mostly wanted to improve on my management skills, so I just decided to jump in,” says Shushu, who is doing her PhD at Aalto University studying electrical engineering. She didn’t have much experience with SDGs (Sustainable Development Goals by the UN) before, but found working with them a good experience. “They are such big problems and really hard to solve, so they provided interesting challenges,” she says.

Markus, who is studying traffic and transport in Aalto University, was already familiar with the SDGs and focusing on them was one of the reasons he joined. “The problems are big but didn’t feel overwhelming,” he says. “You can’t expect to come up with a perfect solution to any of them, especially in one weekend, but even a small step that others can then build on is better than nothing.”

You can’t expect to come up with a perfect solution to SDGs in one weekend, but even a small step that others can then build on is better than nothing.

Both students think that the event was a great experience. “We talked so much, about everything. A diverse group made such a difference because there were so many new ways of thinking,” Shushu says. For Markus, the most interesting thing was to see the development of their project and a real outcome over the weekend. “It did take an unimaginable amount of time though,” he adds with a laugh.

The idea of Buddy Challenge is to provide new university students with a Buddy — someone who’s already experienced in the campus life, knows their way around town and has preferably cleared some courses too. What makes Buddy Challenge special is that it’s not just a platform for meeting new friends. First of all, the person who’s looking for a Buddy will have to specify their interests, such as study guidance, social life or language exchange. The Buddy system will then match the person with a suitable Buddy, so there’s no going through potential Buddies and picking the best-looking one. Secondly, any potential Buddies will have to go through a short training and take a test in cooperation with the university’s wellbeing unit. Finally, the recently matched students will have to commit to their new relationship by drafting a contract that specifies how they’ll be spending their time together. The pairs have three “test meetings” before they have to make the contract to see if they get along. The idea of the contract is to make sure both parties have the same ideas of what to expect, and to show the Buddy system that they’re now committed and can start earning rewards.

Yes, you read that correctly — there will be rewards for basically spending time with a new friend. The goal is to provide a small number of ECTS for both students, but also badges, certificates and such. 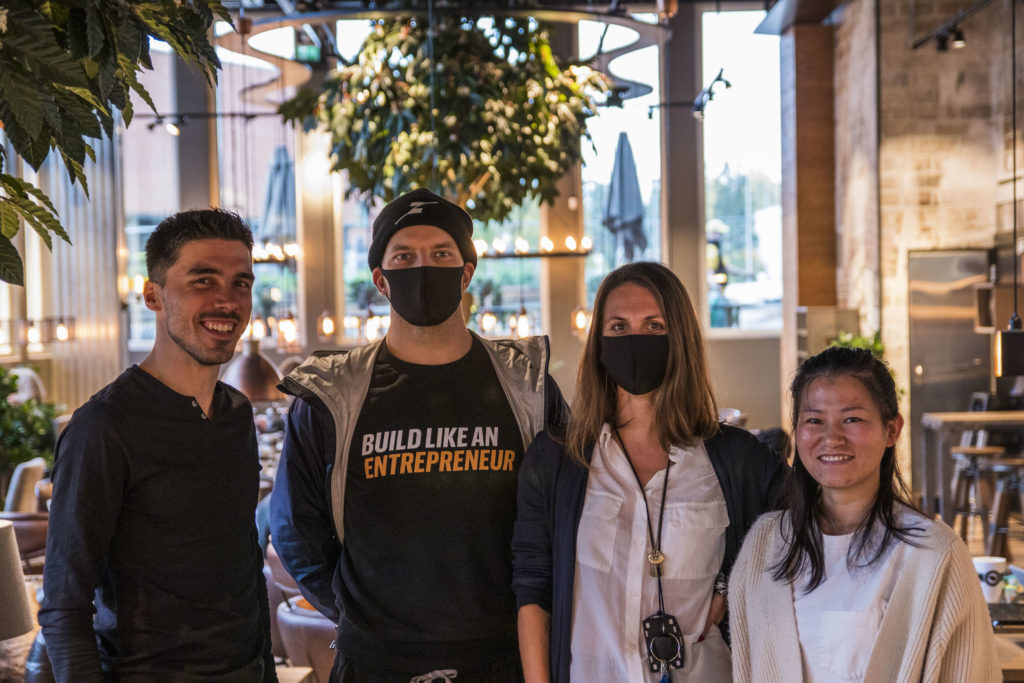 Match made in Aalto

As good as the idea may sound, proof of concept is still needed. Based on initial interviews, there’s a need for such a platform, but there hasn’t been any field testing yet. This is where AVP and especially our Good Life Engine course comes in. Good Life Engine is a unique time-management and habit-building course, which many students take to find lost focus. On the course, students pick habits they’d like to develop and improve over nine months and report their progress to the course staff. This fall, the plan was to pair up the students, so that they can also help each other in sticking to the new habits. Soon after Solve the SDGs, the course staff realized that Buddy Challenge could be a great way to allocate the pairs, while also helping the team field-test their solution.

“The team already has an interesting idea of paring people together based on mutual interests. We could basically use the platform to match students who are developing similar habits with each other,” says Johannes Kaira, one of the teachers and creators of Good Life Engine. For now, testing could be done without an app using existing tools from the course. If they receive positive results from the course participants, the team says they can then develop an app for the Buddy Challenge in a couple of weeks.

Entrepreneurship is a skill that can be applied anywhere.

The first step is already taken, as the team is looking at the different interests and habits course participants have listed down — anonymously, of course. Their plan is then to start forming potential pairs via an exercise during one of the lectures. After a few months or so, they could then collect feedback and see if the current pairs work or if there’s a need for any adjustments. “This is a great addition to Good Life Engine, as we haven’t had a way to follow up on the students after the course,” says Lidia Borisova, course teacher and AVP’s Head of Education. “Now, if the students immigrate to the Buddy Challenge app, it might be easier for them to keep their habits long after the course too.”

From meeting their teammates for the first time to testing a prototype on a university course in about three weeks is quite the pace, but Shushu and Markus aren’t dazed. For them, working on Buddy Challenge is not a matter of life and death — they’re happy if they can help others with it, but they have other options in life and view this first and foremost as a learning opportunity. “Entrepreneurship isn’t necessarily about success. It’s a skill that can be applied anywhere,” Shushu concludes.