LGBTQ+ discrimination is viewed as widespread by 53% of EU citizens. This can be seen in a special Eurobarometer, which also discovered that 36% of EU citizens don’t feel completely comfortable with having a gay, lesbian, or bisexual person in the highest elected political position. The number goes up to 47% when talking about transgender people.

Because of perceptions like this, many LGBTQ+ people fear being open in public, as it might ruin relationships with their families or their career. Most LGBTQ+ people can relate to being scared of just coming out, for instance, in new work environments or to new acquaintances. Some people choose to never come out due to the overwhelming dread of someone not accepting them or viewing them in a different light. People should stop seeing queer individuals as something different with a contrary identity to most of the population. Instead, we should start seeing everyone inclusively in society regardless of sexuality to increase minority visibility and representation. Otherwise, we’ll continue on the path where a particular group of individuals develops mental health problems that lead to bullying, harassment, rejection, abuse, and countless other issues.

Our work’s not done

The perception of sexual minorities has changed tremendously compared to just a few decades ago. During the last 50 years, LGBTQ+ rights have improved significantly in Finland from being a crime to gaining equal marriage rights. In 1971, the criminalization of homosexual acts was dismantled, and in 2014 Parliament enacted the Equal Marriage Act following a citizens’ initiative. Legislation has evolved to be more inclusive. However, it doesn’t mean we wouldn’t have our share of problems concerning certain attitudes in Finland. Heteronormative education starts early, with TV series and children’s books displaying nearly always heteronormative couples. The trend continues in the Finnish school system, only giving limited visibility to LGBTQ+ people. As LGBTQ+ people, we’ve had to experience anxiously coming out of the closet, being afraid of our sexualities, and self-resentment because of feeling incompatible in society, despite living in Finland.

We can barely imagine how it would be like to live in a country where being a part of a minority wouldn’t be allowed. In countries like that, the diversity of ideas that stem from different backgrounds, experiences, and thinking patterns wouldn’t be as comprehensive. Being an LGBTQ+ person gives unique perspectives coming from the experiences of alienation. Entrepreneurship is commonly perceived as run by white, old cisgender heterosexual men. That’s because all the role models of entrepreneurship except for a mere handful have been in this demographic throughout history. Lack of diversity in role models is a pitfall for many minorities when perceiving entrepreneurship as a prospective future career. Diversity has been proven to be a huge key factor when measuring the performance of teams. Therefore improving the conditions for minorities to enter entrepreneurship can help organizations succeed.

The shape of you

Our way of entrepreneurship started with Giggeli; an LGBTQ+ student-run project launched a few weeks ago in June 2022 to promote body openness through candles and soaps. Our mission is to spread joy and raise awareness on the issues of the sexualization of genitalia so that we can reach our ultimate goal of creating change and taking initiatives forward. We see entrepreneurship as one of the best tools for this. Sharing our products educates and spreads the vital message of breaking taboos by bringing penis symbols to living spaces. 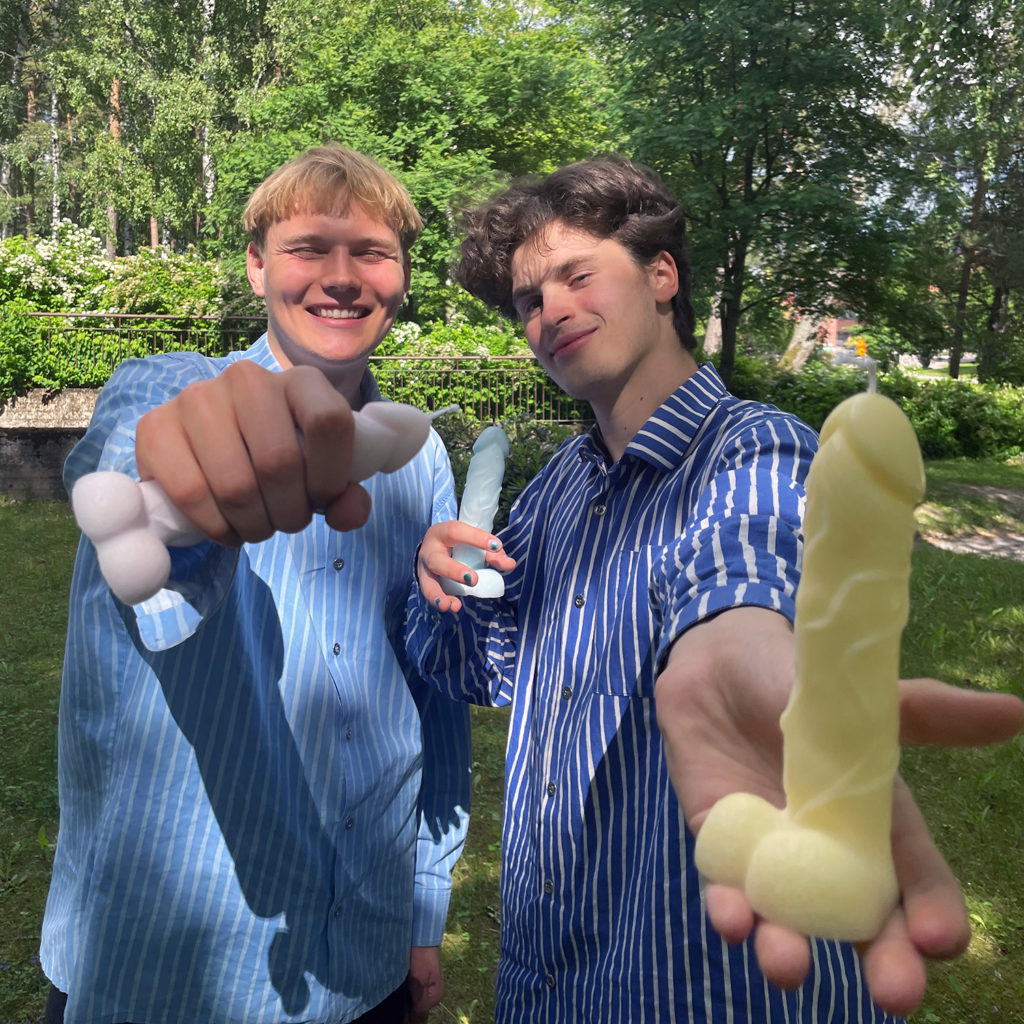 Aaro and Isaac started Giggeli to spread joy and raise awareness on the issues of the sexualization of genitalia.

We look forward to building Giggeli up further by creating more educational material, new diverse products and collaborating with other aspiring organizations that share our core values.

With Giggeli, we want to give voice to the insecurities and fears and offer a community where everyone is heard. Insecurities can be anything related to the size, shape or even the sexualization of the male member in society and media. We saw these insecurities as a problem in our society and a barrier to the openness of ourselves and our bodies, so we decided to go on a mission of destigmatizing the penis. In addition, we try to unwrap whose penises are seen as more attractive in society as we genuinely believe that every one is glorious. Big or small doesn’t matter as much as the fears men have carried in their heads.

Big or small doesn’t matter as much as the fears men have carried in their heads.

In conclusion, being queer individuals has taught us a lot about what it means to be in the minority. Ultimately, we believe that being gay and a part of a minority has made us more compassionate and empathetic as human beings. It’s also given us the shell of a turtle, or as we say in Finnish, sisu, which certainly helps when trying to bring about social change through sheer grit, resilience, and determination.

You are sincerely welcome to join our mission with Giggeli! 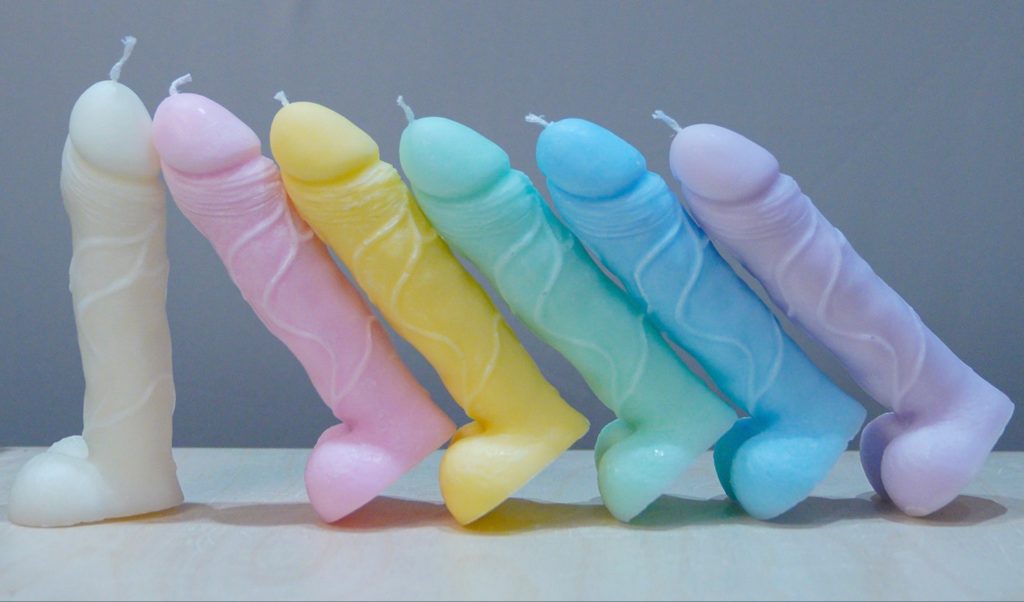 By bringing genital elements into living spaces, Giggeli lowers the barrier to discuss different types of insecurities in a playful way.