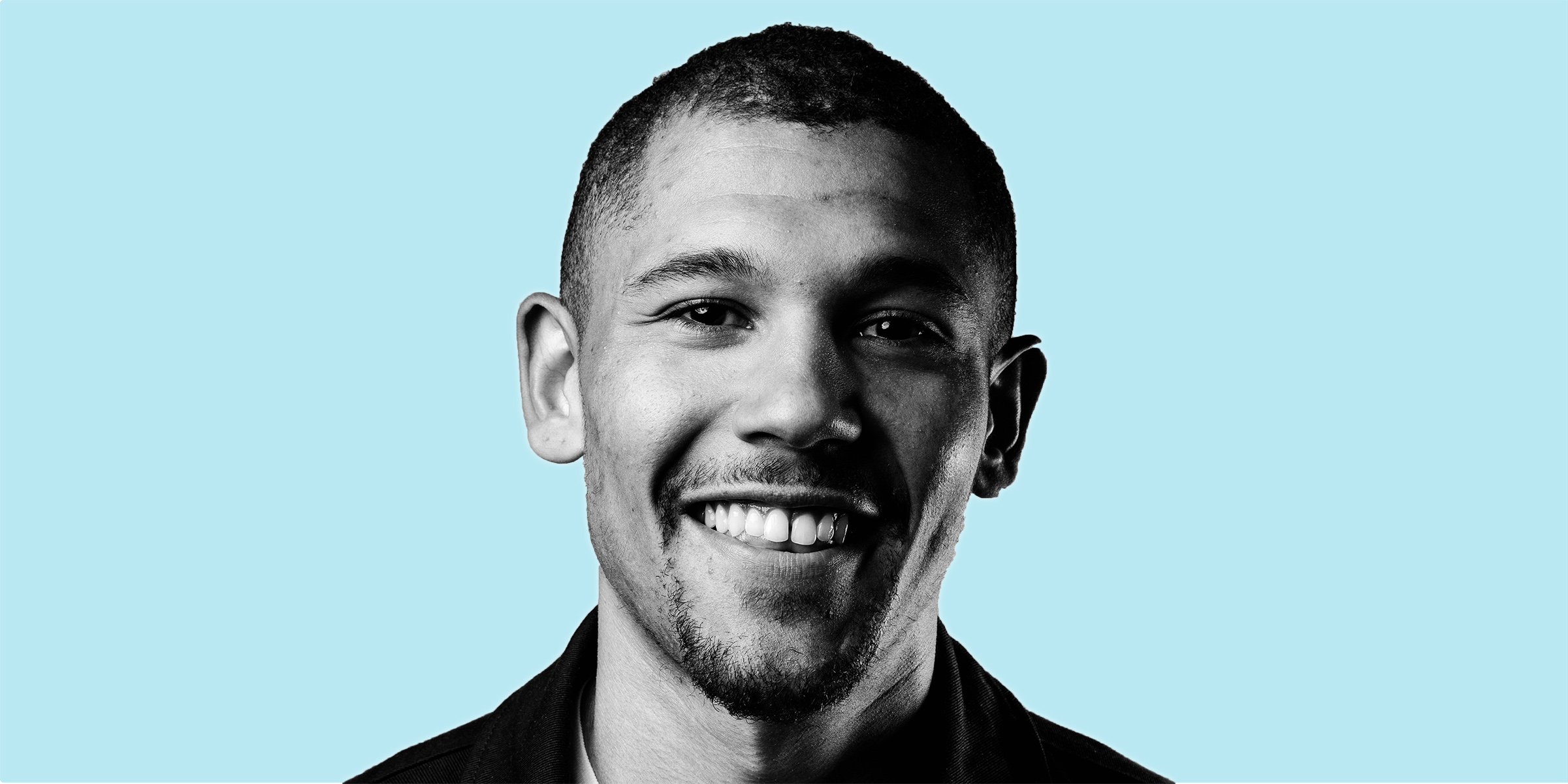 Veri is a Finnish startup on a mission to help people off the path of poor metabolic health. One of the founders, Anttoni Aniebonam, is an AVP alumnus who had clear plans for his future in his childhood. Sometimes life takes an unexpected turn, however — and Anttoni’s story is full of them.

Anttoni Aniebonam wanted to be a soccer player. His father had played in Nigeria before moving to Finland, and Anttoni — who’s always looked up to his dad — couldn’t think of anything else he’d rather do. It was his childhood dream, and he worked hard towards achieving it.

“That had a huge impact on my life,” Anttoni says, “I couldn’t play soccer anymore. I felt lost and uncertain who I was.” The impact, however, was even bigger than Anttoni realized at the time. The injury and his loss of identity got him interested in mental health, as he understood how fragile the mind is, how it’s so dependent on outside factors. Struggling with his weight and eating habits himself, he also understood how mental wellbeing can be connected to physical wellbeing. “I couldn’t comprehend my own body anymore, but I knew the mind was the key to getting back on track. I needed to have some big problem I could spend most of my waking hours solving,” Anttoni says. And few fields, he thought, had bigger and more important problems than health and wellbeing.

I needed to have some big problem I could spend most of my waking hours solving.

Anttoni decided to become a doctor. Encouraged by his dad and driven by his newborn passion, he started preparing for med school and studying the necessary courses in upper secondary school.

Then, at the age of 18, he became an entrepreneur.

Anttoni spent a lot of time perfecting his eating plans and workout routines and was frustrated with how bad the available information was. “The fitness influencers on Instagram and Youtube offered little value with a big price tag.” As a solution, Anttoni set up an Instagram-like micro-influencer platform for low-cost high-volume diet and workout plans. As he learned more about entrepreneurship and technology, he realized that he could actually help more people by not becoming a doctor after all. “I understood that instead of studying for med school and becoming a medical practitioner, through tech I could be involved in building something that could help people on a much wider scale,” Anttoni says. He then decided to apply to Aalto University instead. 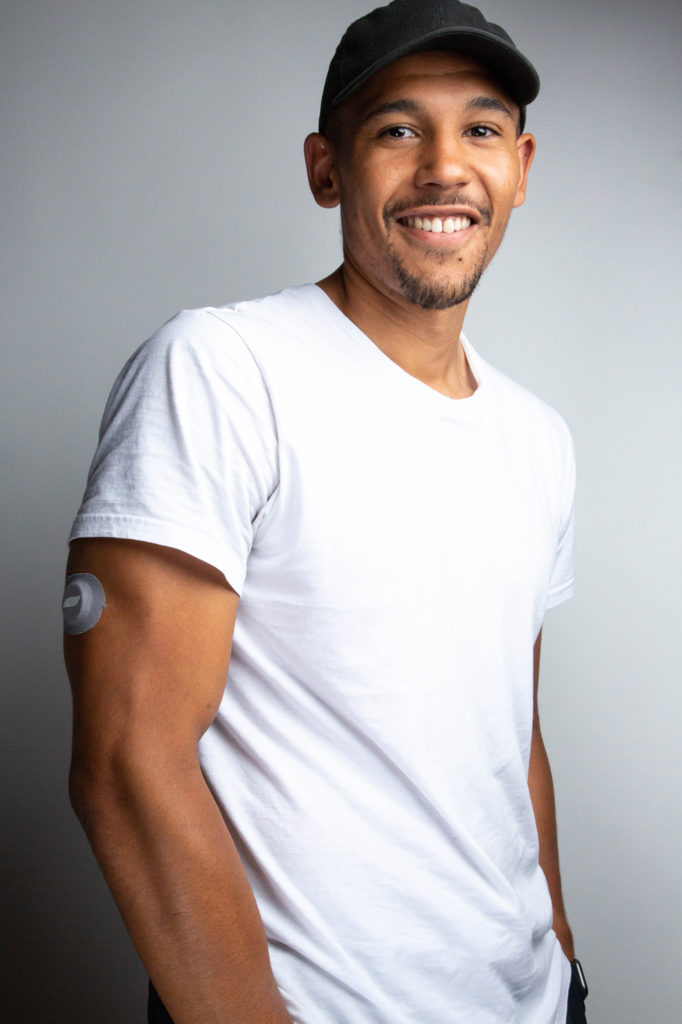 Things learned in and out of school

At Aalto, Anttoni studied economics and bioinformation technology. He realized pretty quickly that he wasn’t maximizing his learning curve by sitting in lectures. “Fortunately, I happened to find a group of like-minded thinkers from Aaltoes”, he says. Aalto Entrepreneurship Society — where Anttoni spent most of his time during his university years — is one of Europe’s most active entrepreneurship societies. Anttoni was involved in building TeamUp and Kiuas and acted as the President of Aaltoes in 2017. There he met his current co-founder Verneri Jäämuru.

“I immediately knew I’d work with Verneri someday. I wasn’t sure what we’d work on, but I had a feeling we would definitely do something,” Anttoni says. He and Verneri traveled to China together with Kiuas in 2018 to accelerate the local mobile gaming industry. During their free time, the pair delved into literature and research on such topics as endocrinology and microbiome to better understand the human body.

Once they got back to Finland, they knew they had to dig deeper in the health-tech realm — specifically human metabolism.  They’d learned so much on the topic, knew how many people were suffering from metabolic illnesses that could be prevented, that they couldn’t resist not doing something about it. Anttoni was currently taking the Aalto Fellows course by Aalto Ventures Program, learning about building companies and raising capital in an academic setting. “We had such a great group on the course, and the guest lecturers were amazing. I especially enjoyed how concrete it was he says,” he says. Anttoni was also working for Meru Health, and Verneri for Oura, so between them, they had a vast understanding of business and health technology and were already in the field. But they wanted to do something of their own. 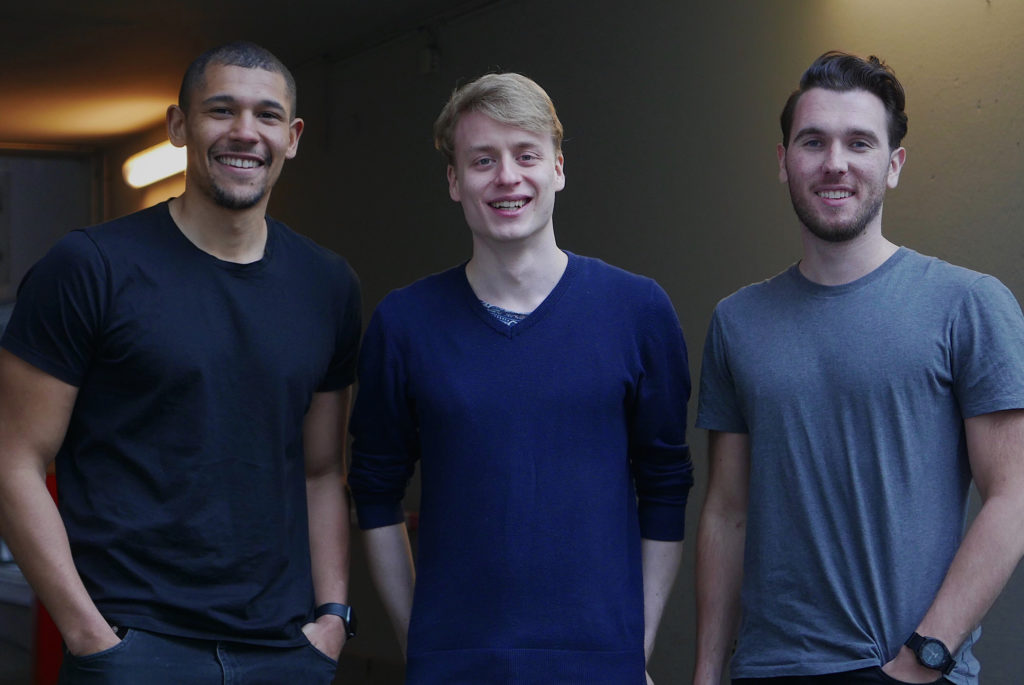 Veri, founded by Anttoni Aniebonam, Frans Lehmusvaara, and Verneri Jäämuru, helps users find the right foods for them by enabling users to tap into their real-time glucose levels.

All good things come to those who work

In 2019, the pair traveled to the US. There, in a small storage space owned by Meru Health in Silicon Valley, they built the first MVP for Veri in just a matter of days.

They had been experimenting with continuous glucose monitors (CGM) — devices that measure blood sugar levels from interstitial fluid — and made two observations: The real-time glucose data from the sensors could be extremely valuable for a lot of people, but the software available wasn’t designed for the user group they were targeting. Their first business model was to ship these CGMs to their customers. The user would then send the data from the CGM along with their sleeping, eating, and exercise habits, and Veri would analyze the data and give them a call to explain everything.

They both knew their current way of doing things wasn’t sustainable; they’d need a proper technical solution, and soon. Luckily, they had already met their third co-founder to be, Frans Lehmusvaara, who they met while he was doing his exchange studies at Stanford over the summer. After they all returned to Finland, Frans decided to join the team. From then on things started to move fast. It only took them two weeks to make the first technical MVP for Apple AppStore, but the next issue was already in front of them: money. “I remember us working during the night, trying to get the app through”, Anttoni says. “Frans was frustrated because we had to use YouTube instead of Vimeo because of the 10€ monthly fee and I thought to myself: we need to get some cash.”

Thanks to his time at Aaltoes and AVP, Anttoni had a wide network of possible investors. In a few weeks, they had a bit 230,000 euros in their bank account and were ready to hit the ground running.

Today, Veri is a complete food intelligence system. They help users find the right foods for them by enabling users to tap into their real-time glucose levels. Instead of going through the data manually, there’s now an app the user can use to scan their CGM and observe the results and recommendations in real-time.

Aaltoes, Kiuas and AVP offer a great place to test out your ideas and see if you could enjoy the life of an entrepreneur.

For Anttoni, entrepreneurship is a way to carry out his personal mission: to help people feel the best they can. A passion for driving some big change is important for an entrepreneur, but Anttoni admits it’s not enough. “Building startups is rather glamorized, maybe for a reason. I love it, but it’s not for everyone,” he says.

One thing he finds greatly helpful is trying out one’s wings in a safer environment that lets you take risks and lead. Building things in for example in your university’s entrepreneurship society, hackathons, and other programs before actually jumping the gun has many similarities to entrepreneurship, but the consequences are less severe than as a founder. “Aaltoes, Kiuas and AVP offer a great place to test out your ideas and see if you could enjoy the life of an entrepreneur,” Anttoni says. “Certain kinds of problems and depth comes from being on the field, but with a good simulation you’re halfway there.”

Not all learning comes from education
Continue reading another post