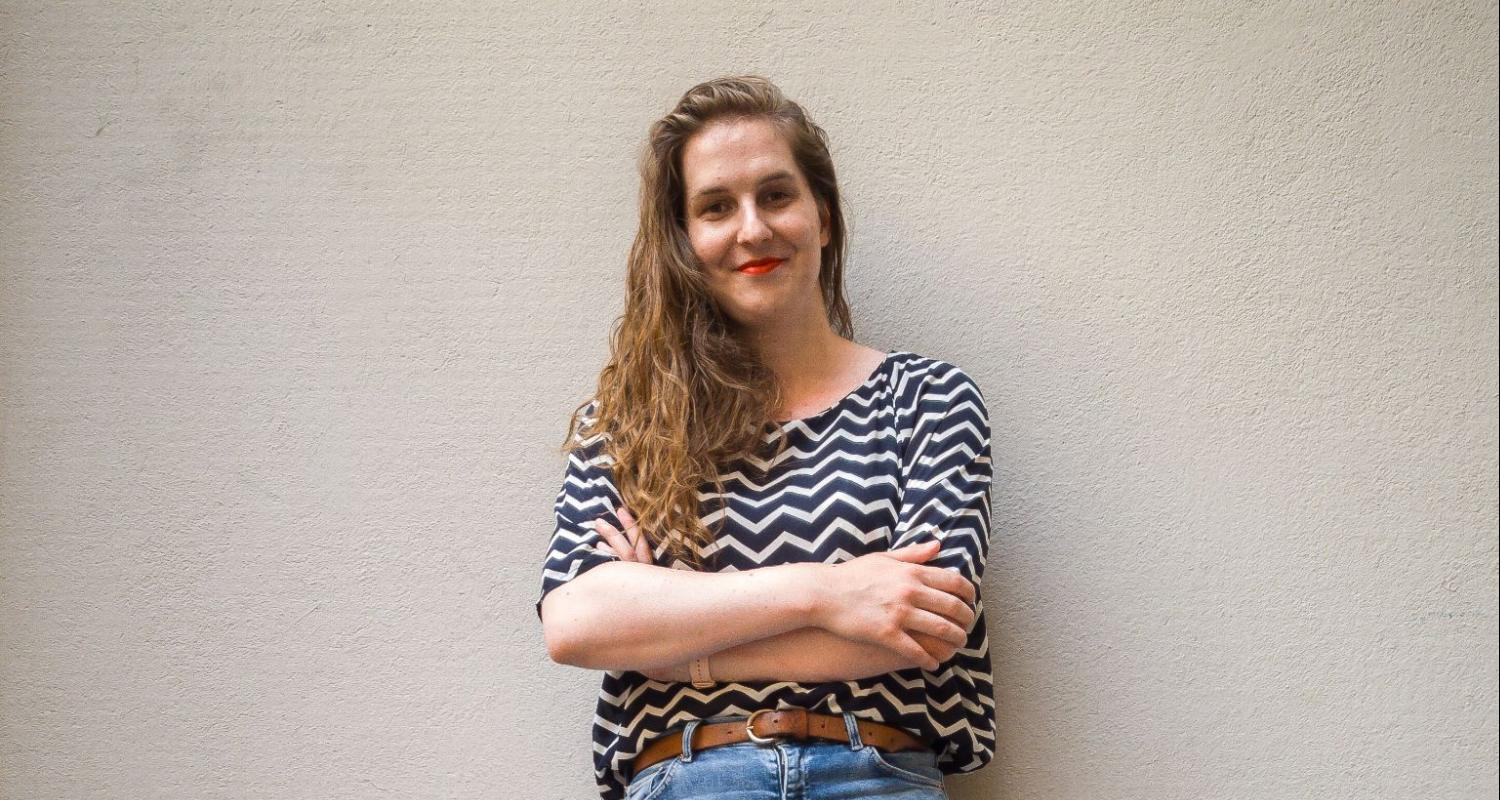 “Going for a night out can be a very different experience depending on your gender and sexual orientation,” says Ellen Kantola, co-founder of Kvääristö. According to her estimation, women make up 60% of the workforce in the restaurant business, but practically all the bars and restaurants in Finland are owned or run by men. This includes establishments profiled towards LGBT+ people — there are several bars in Helsinki alone for gay men, but none at all for lesbians, queer women, or other non-male minorities. That’s a big equality problem, and one that Ellen has set her mind to solve.

Solving problems comes naturally to Ellen, who is a veteran volunteer in the startup ecosystem and an Industrial Engineering and Management student at Aalto University. She’s also an AVP alumna — doubly so, since she’s both taken courses by and worked at AVP. During her time with us, Ellen helped in the productization of entrepreneurial summer schools and educational cooperation with Chinese universities, resulting for example Junction receiving more attendees from China to their hackathon. Her experiences have made her more entrepreneurial than most, even if she might have fallen a bit behind in her studies. “It’s my eleventh year in Aalto, so you could say I’ve focused on other things in addition to studying,” she says. “But I’m working on my thesis now, and should graduate next year!”

The most important and interesting problems are the ones that cannot be solved immediately.

One key aspect of being entrepreneurial is seeing problems as opportunities rather than as something to turn away from. “I tend to be even more interested in the problems themselves than the solutions. Some people say you shouldn’t complain about issues if you don’t have a solution for yourself, but I’m especially fascinated about unsolved problems. The most important and interesting ones are the just the ones that cannot be solved immediately,” Ellen says. She first started to think about the equality problem of Helsinki’s nightlife at a New Year’s party in late 2019. She got into a discussion about how women — and especially queer women — don’t really have a place of their own, and that many feel unsafe in the male-dominant bar scene. Even if many restaurants claim to be safe spaces and accessible for all, the reality can be different when the owner, supervisors and most of the patrons are men. “There have been cases when harassment happens without repercussions because the staff doesn’t know properly what harassment is, or they are afraid of getting in trouble with management if they intervene and throw out regular customers,” Ellen explains. She decided to do something about it.

By May 2021, Ellen already had a team who shared her frustration. By midsummer, their crowdfunding campaign was up and running. “Pretty standard speed in Aalto,” Ellen laughs. 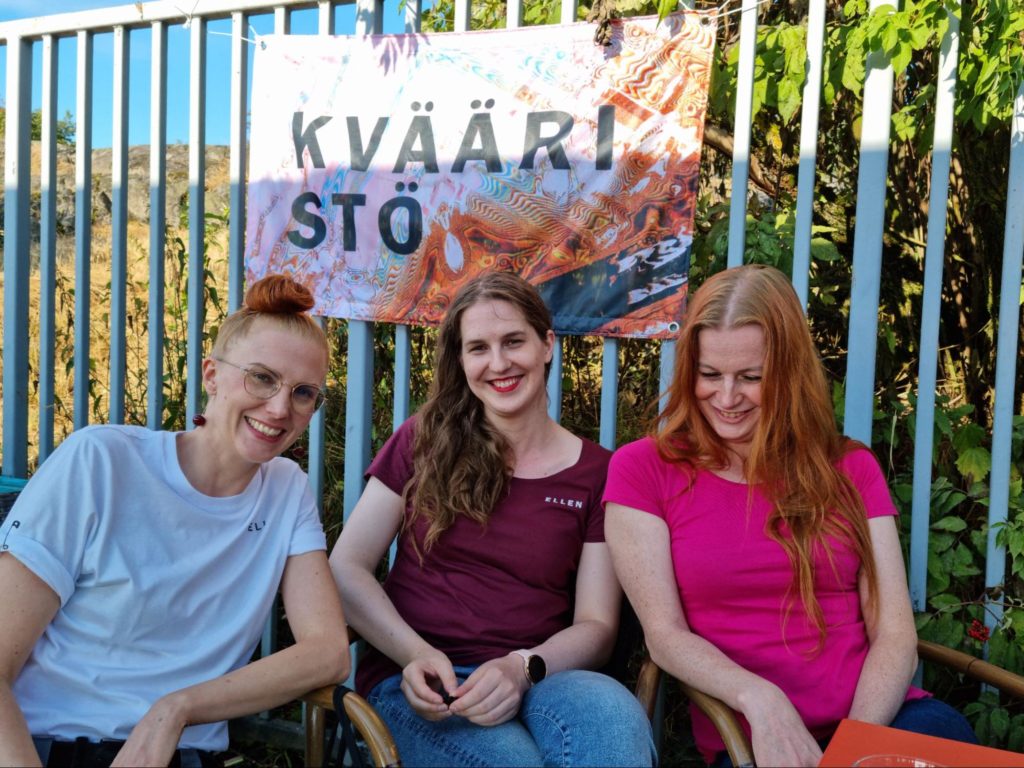 The team had decided that the best way to make nightlife more appealing to queer women is to open a bar of their own. According to Ellen, one of the biggest hurdles for women in setting up a bar is the lack of resources — that is, money. With crowdfunding, that hurdle was eliminated. After launching their Kvääristö-project on mesenaatti.me crowdfunding platform, they managed to raise almost 50 000 euros — worth approximately one month of sales in a bar — in just 1,5 months, making Kvääristö the third most successful restaurant campaign on the platform. A successful crowdfunding campaign also proves that there is demand for such an establishment, which can help Ellen and her teammates secure funding from other sources later.

Now, Kvääristö is just an idea of three queer women, who want to help other marginalized people have a better time, but have never worked in the restaurant business. Soon — hopefully — it’ll be a café/bar in which women and queer people can feel safe and where they can define the rules and culture of the space. In the future, who knows? Ellen envisions Kvääristö creating new spaces for women and queer people all over Europe. “There’s a rainbow district in London, where there are several establishments for gay men, and a small underground bar for women. It’s the same everywhere like in Beijing, where there’s a massive three-story high party complex for men and a small and hidden back-alley bar for women. If this approach of founding new places works in Helsinki, maybe we can make a difference in other cities in Europe too,” she says.  Even if it wouldn’t be a bar, the same idea of testing a new concept with a crowdsourcing campaign could work for many different equality problems and solutions locally.

The canvases and models I learned at AVP helped us get on the same page.

It may sound like a pipe dream, but if anyone can make it happen it’s Ellen and her team. They have a team with diverse backgrounds in industrial engineering and management, communications, and law, and few could understand their potential customers better. Furthermore, they’re sworn to solve the problems from the perspective of their backers, not themselves — however similar those perspectives might be. “We’re not just setting up a new bar, we’re building a community,” Ellen explains. “Through an active online network, we can both listen to the needs of our customers better and engage them even further.” What also helps is Ellen’s experience at AVP. To get Kvääristö running, she’s introduced her team with concepts like the theory of effectuation, value creation, and business model canvas. “My teammates didn’t have any business background, so the canvases and models I learned at AVP helped us get on the same page,” Ellen says.

Utilizing the right tools is definitely important, but there are many other things a starting entrepreneur should consider too. For Ellen, one key element is loving problems but also talking about them to different people. “Chat with people who are smarter than you, and you might get an idea that takes you one step closer to a solution. Don’t try to force a business idea, focus on problems and it’ll come,” she says. Surrounding yourself with smart people is always a good idea, but if they’re smart in a different way, that’s even better — diverse people bring diverse viewpoints to the table. “Diversity is key. If you have a small team as we do, you don’t need another person there who thinks the same way you do,” Ellen says.

We’ll never make a fortune out of this, but that doesn’t mean we’re not creating value.

Being in the restaurant business, Kvääristö may not be your usual Silicon Valley startup with plans for a billion-dollar exit, but money is not the only way to calculate value — and Ellen is after a different kind of profit. “When you want to solve a societal problem, you can’t focus on maximizing your income, that’s not sustainable,” she says. Kvääristö’s goal isn’t to make the founders rich, it’s to make people’s lives better. “We’ll never make a fortune out of this, but that doesn’t mean we’re not creating value. If we can set up 10–20 bars in Europe and improve the lives of thousands of women and queer people, that’s more valuable than the money could ever be.”