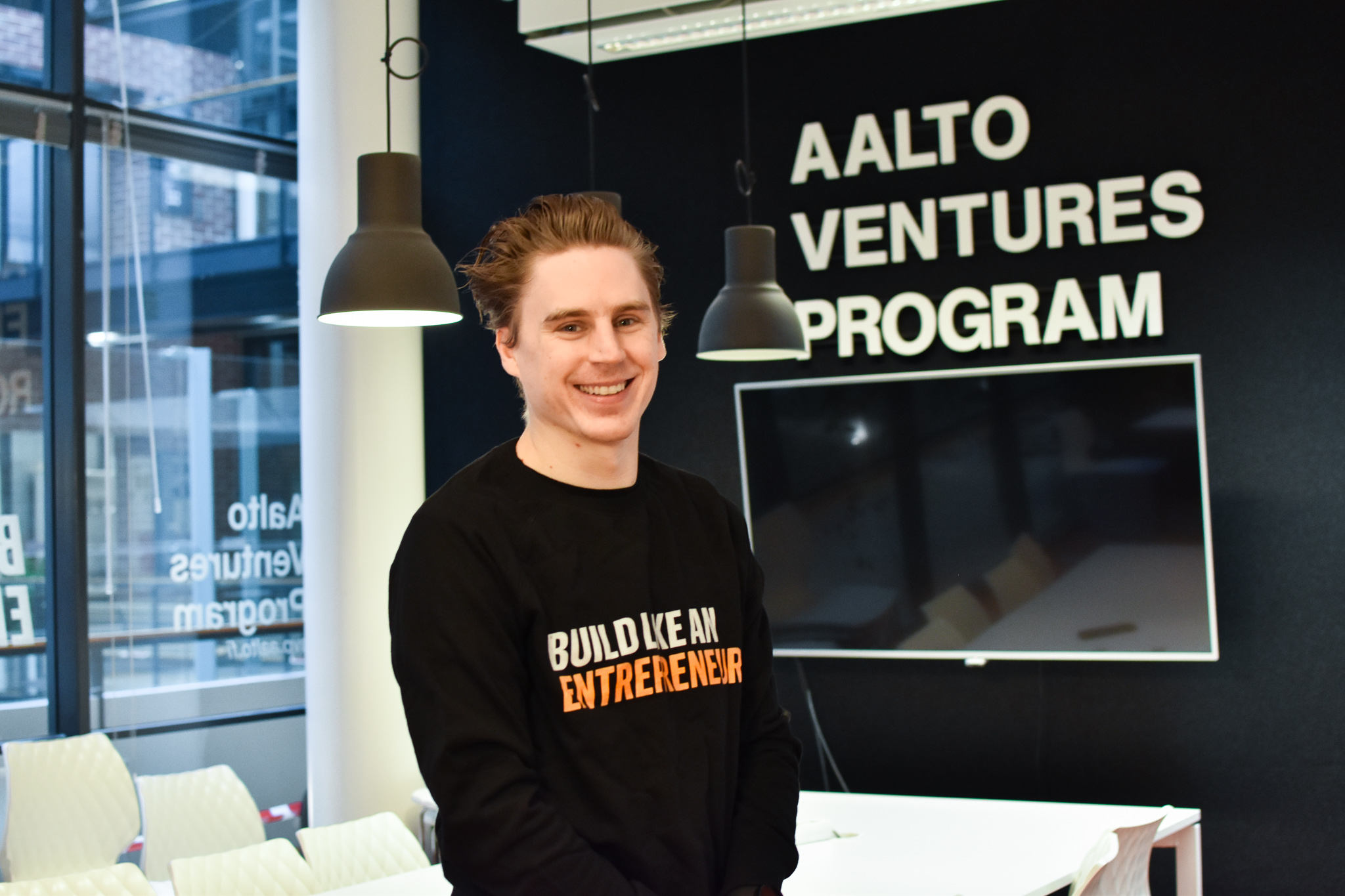 Juho Luukkainen joins the AVP team as a Producer working on AVP events and video contents.

Juho is a master’s student at School of Arts, Design and Architecture majoring in Sound Design at the Department of Film, Television and Scenography where he also did his BA. Before coming to Aalto, Juho studied music production through which he initially got into the film business.

Previously Juho has worked on various sound and movie projects as a freelancer. He has for example mixed (live) jazz records, directed documentaries and done sounds for various ads and also television series.

During his free time, Juho likes to keep busy with fencing and creating electronic music. Lately, he also picked up his old skateboarding hobby again.

I was drawn into AVP by their fresh aesthetics and modern touch of entrepreneurship! I’m looking forward to giving my own spin to the AVP team to make it even more appealing.

Welcome to our team Juho! We look forward to working with you. 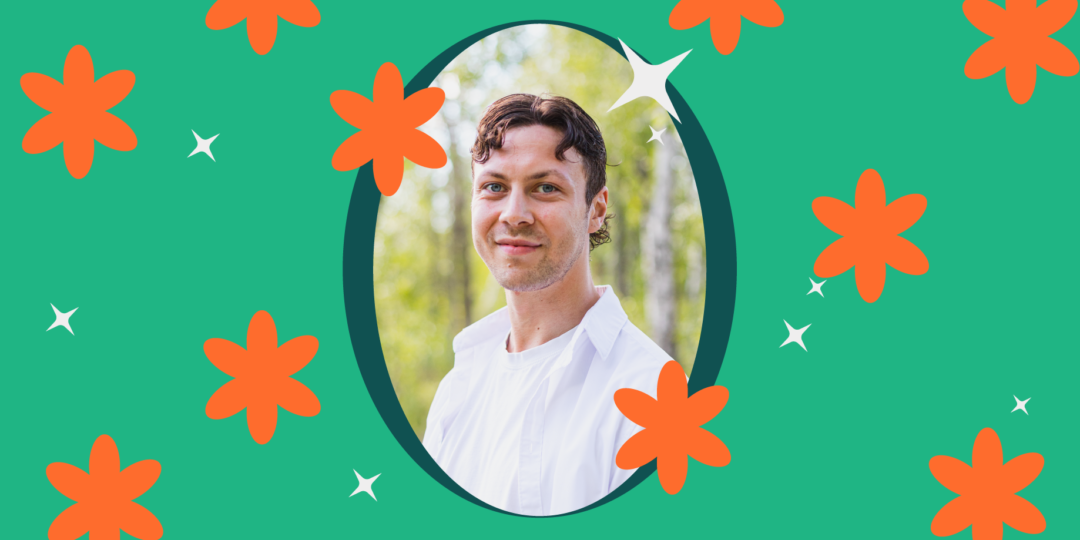 Topias Turppa joins the AVP team as our new Event Coordinator, taking charge of our event portfolio. His primary responsibilities will be organizing and growing our current events, and he’s already set his goals high.  Topias feels that Otaniemi is almost oversaturated with events and wants to find ways to make AVP events really stand […] 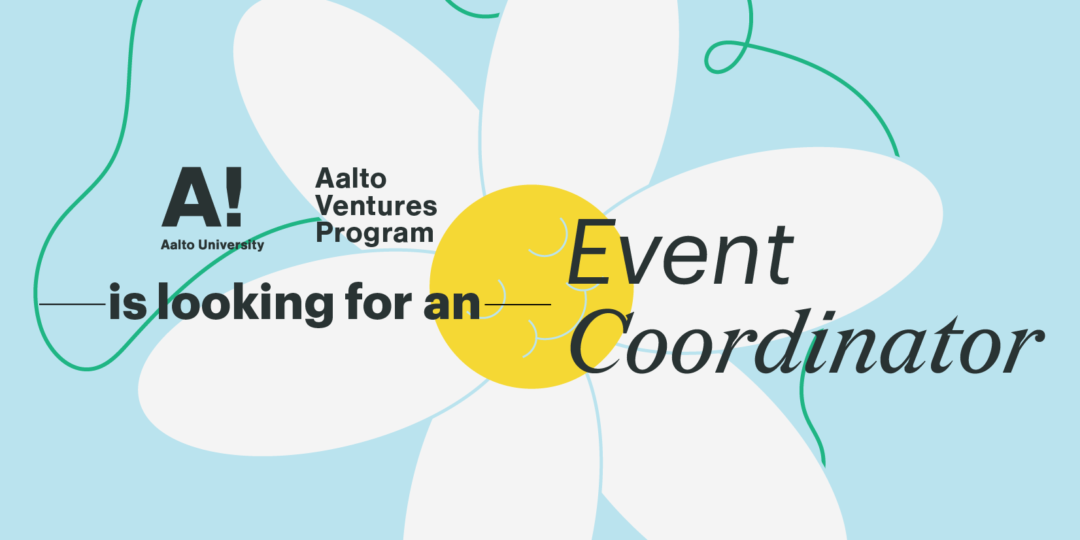 AVP is looking for an Event Coordinator — apply by 28 November 2022! 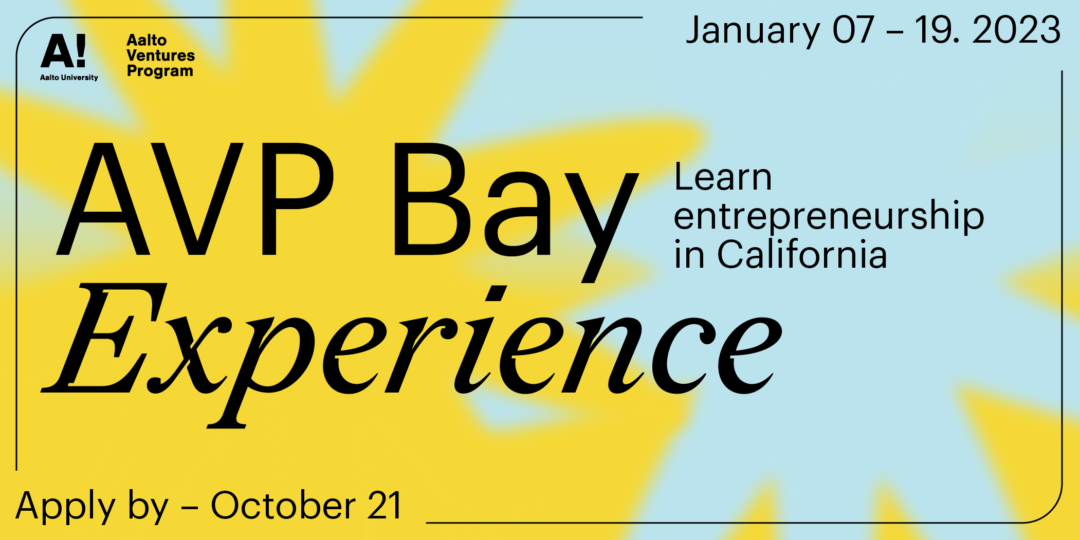 Would you like to spend two weeks in California when Finland’s at its darkest and coldest, and learn entrepreneurship in the process? Now’s your chance! AVP is offering a once-in-a-lifetime opportunity for our students to join the AVP Bay Experience. The trip includes an ecosystem tour of the San Francisco Bay Area and the week-long […]