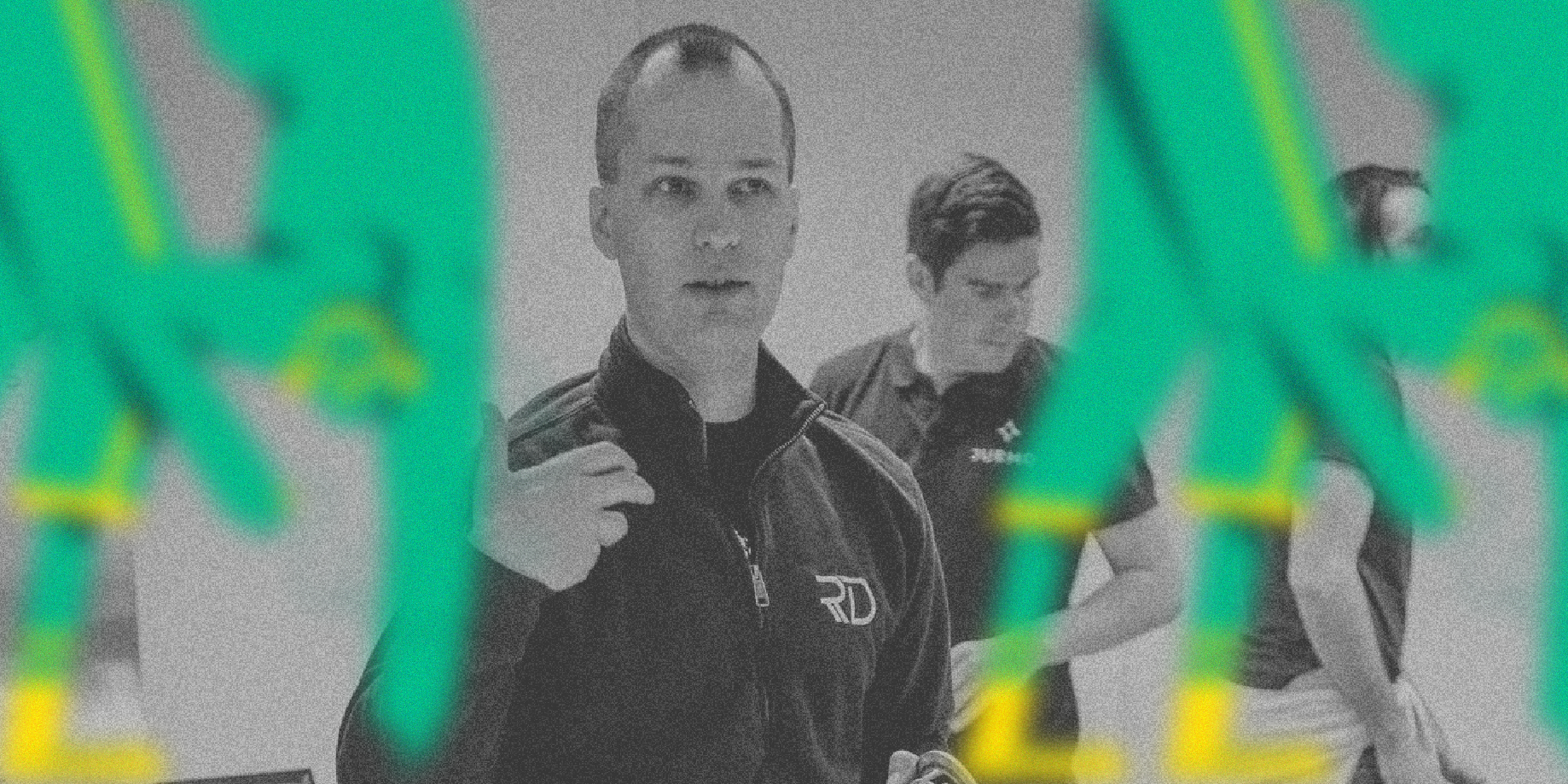 Kim-Niklas Antin is very good at material technology. He even has a Ph.D. in it and stayed at Aalto Unversity to work as a post-doc in the field. But his real passion is 3D printing and design, which led him to become an entrepreneur and later to join Impact Studio by Aalto Ventures Program.

After his dissertation, Kim-Niklas had two options: get a job or start a business. Having been used to the academic freedom at Aalto, the latter seemed more appealing. “It’s the results that should matter, not the hours you sit at the office. I think that’s true for both academic work and entrepreneurship,” he says. Kim-Niklas also liked the aspect of justice in entrepreneurship — you get out of it as much as you’re willing to put in: “If you work more, you’ll get more”. 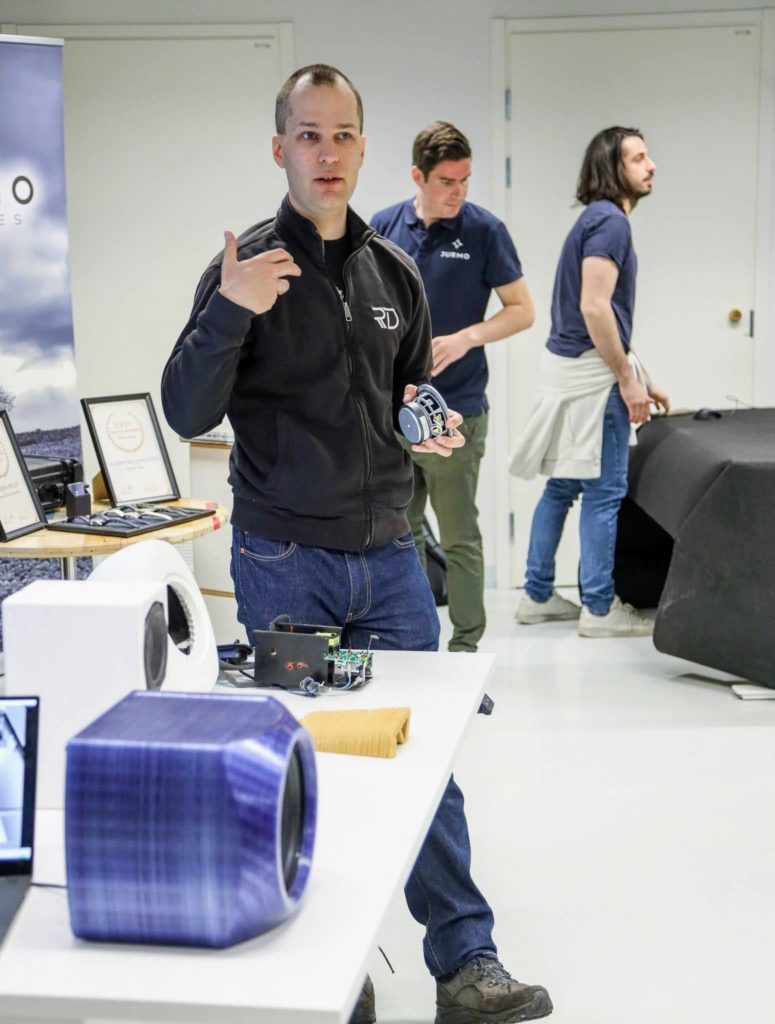 His first idea was simply to sell his own know-how: material technology, prototyping, and 3D design, so he set up RD Physics.  He already had customers from the networks he created during his doctoral studies, so he didn’t feel like he was taking a significant risk — and indeed, he started making revenue from day one. “Being able to lay the groundwork for entrepreneurship already in the university is extremely valuable. I really appreciate the freedom at Aalto that makes it possible,” Kim-Niklas says.

Business was good, but it wasn’t enough for Kim-Niklas. True, he had customers, but there were times there were too few of them and other times when there were too many to handle. He also realized that since what he was essentially selling was his own time, there was no way to scale up. Kim-Niklas decided he needed a business model that would be scalable and bring a steady revenue. So, he turned to his passion.

I’ve been sitting in the office for a year assuming what the customers want — and being wrong.

By combining his knowledge of materials, passion for 3D printing, and almost lifelong hobby of building his own loudspeakers, Kim-Niklas came up with a plan — a business plan, no less. He would use a method known as re-manufacturing to give life to discarded speakers and sell them on. Kim-Niklas takes an old speaker, dismantles it, uses the components that still work, and finally 3D-prints a new enclosure out of recycled plastic.

The biggest sustainability issue with loudspeakers is that they — like wind turbines and electric vehicles — use magnets. 98% of magnets used in Europe come from China, which poses a geo-political risk and threatens the transition to green technologies, Kim-Niklas explains. So, what’s Europe to do? Re-use old magnets, says Kim-Niklas. “Only 1% of magnets are currently recycled. In my vision, the magnets in loudspeakers aren’t wasted but can be used again indefinitely.” 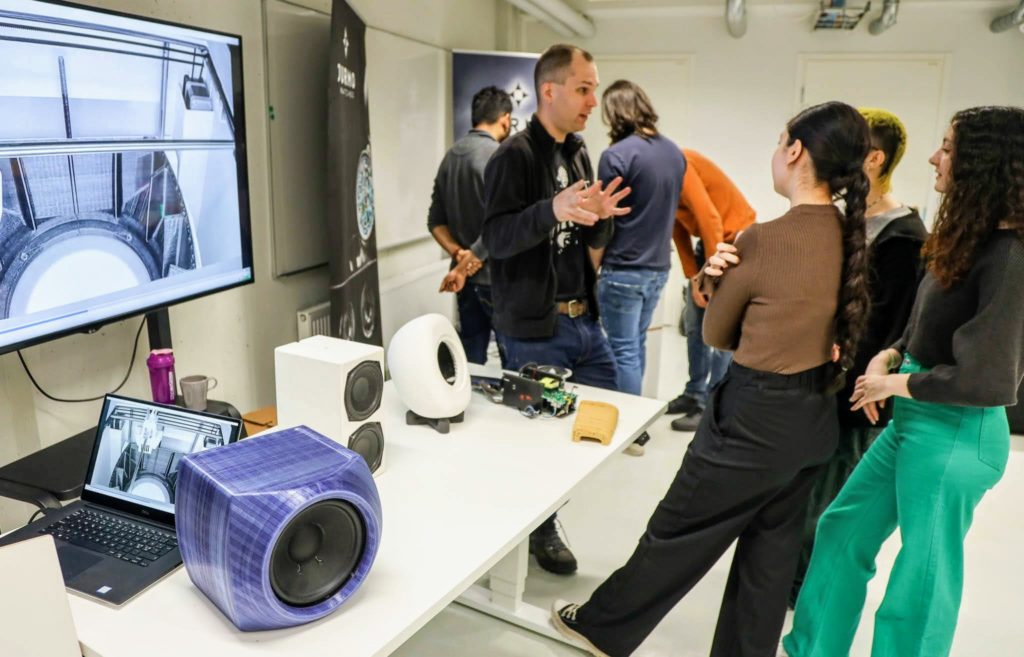 Only 1% of magnets are currently recycled. In Kim-Niklas’ vision, the magnets in loudspeakers aren’t wasted but can be used again indefinitely. Picture: Esko Lius

With his idea, Kim-Niklas hopes to achieve both a steady revenue and a positive environmental impact — a perfect match for Impact Studio. Once he saw an ad for the Studio on social media, Kim-Niklas knew it was the right place for him. “I had already graduated and didn’t think the student ecosystem was for me, but Impact Studio sounded appealing. I also liked the sustainability aspect, and that not everyone was working on software and AI,” he says.

In the Studio, Kim-Niklas’ main goal is to improve the scalability of his business. “It was still just me re-manufacturing the speakers, so I needed to change something if I wanted to make it scalable,” he explains. With the help of Studio mentors, he came up with a digital business model where he designs the speaker and creates a 3D model, which he then sends to the customer, along with assembly instructions. The customer can print the parts themselves at home or a local library, for example, and assemble the speaker using the instructions.

I love the freedom in entrepreneurship, but sometimes you need someone to give you a bit of a kick.

Impact Studio has helped Kim-Niklas refine his idea, sure, but what he likes about it most is the structure. “There are different stages, and they each have their own checkpoints. I love the freedom in entrepreneurship, but sometimes you need someone to give you a bit of a kick,” he says.

Thanks to the structure, everyone who attends the Studio goes through all the necessary steps to get a business running. For Kim-Niklas, this was extremely useful. “It’s too easy just to do things you know how to do. I probably would’ve never done competitor analysis or user research, but now that I had to, I learned so much from them,” he says. Kim-Niklas was expecting sustainability to be one of his biggest selling points, but when interviewing potential customers, he found that none of them were interested in the environmental effects. As speakers are something people don’t buy very often, most saw price and quality as the only factors that mattered. The environmental impact would be made in more day-to-day decisions. “I realized I must provide a better price-quality ratio than the competition to succeed. The sustainability aspect is more like a bonus,” Kim-Niklas says.

Perhaps the biggest lesson Kim-Niklas has learned from the Studio is that he should’ve started it much sooner. “I’ve been sitting in the office for a year assuming what the customers want — and being wrong. I should’ve done the interviews right off the bat,” he says.

The next steps for Kim-Niklas are further validating his idea and starting to grow his team. In his team members, Kim-Niklas is primarily looking for design and business know-how since they are not his strengths. He knows several suitable candidates, too, but they all work full-time in stable jobs. “I can’t blame them; I know it’s scary to give up a steady income and jump into the unknown,” he says. “But for me, not getting a job is what keeps me motivated. It keeps me from forgetting my vision.”