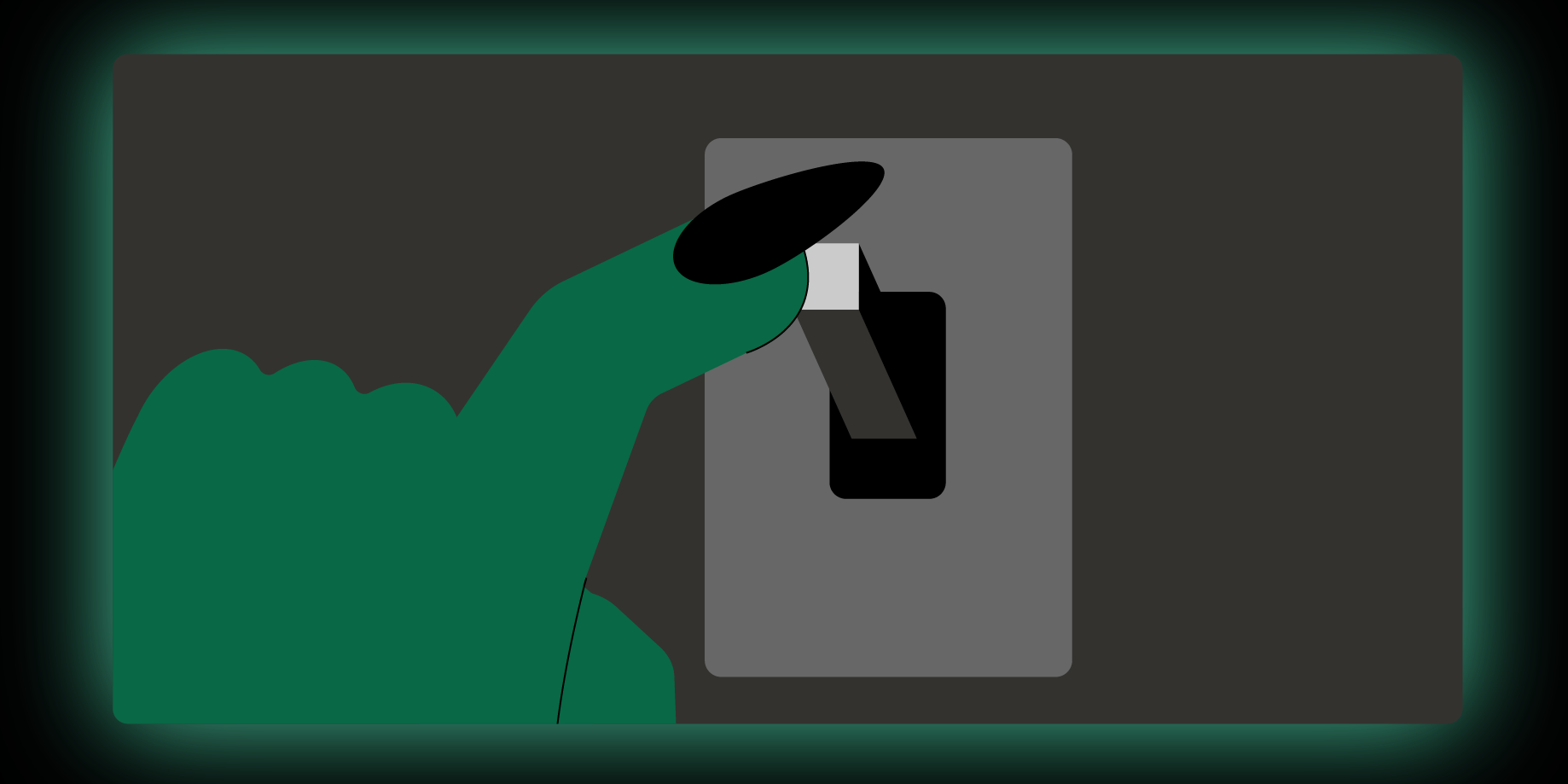 Kim and his team — Martin Basterrechea, Paula Petcu, and Troels Nielsen — are perhaps your not most typical Junction team, as they’re based in Copenhagen and are all already graduated. Kim originally heard about hackathons from his colleague, Martin, and was immediately thrilled about the concept. He contacted a family friend, Paula, who was into hardware, robots, and now hackathons as well. She brought in her colleague, Troels, and the team was ready to tackle the first of its many hackathons.

We want to make a great solution, not just a great pitch.

Even if Kim’s team isn’t the most typical, it’s probably one of the most experienced ones. They have been to Junction every year since 2018 — and with an excellent track record to boot. “I think we’ve won some kind of a prize at least four to five times,” Kim says with a smile. Their secret? Experience, confidence, and working on something they find genuinely interesting. Even if they do end up winning something quite often, it’s not their first goal. “We don’t go for the prizes; we go to work on something interesting. We want to make a great solution, not just a great pitch.” 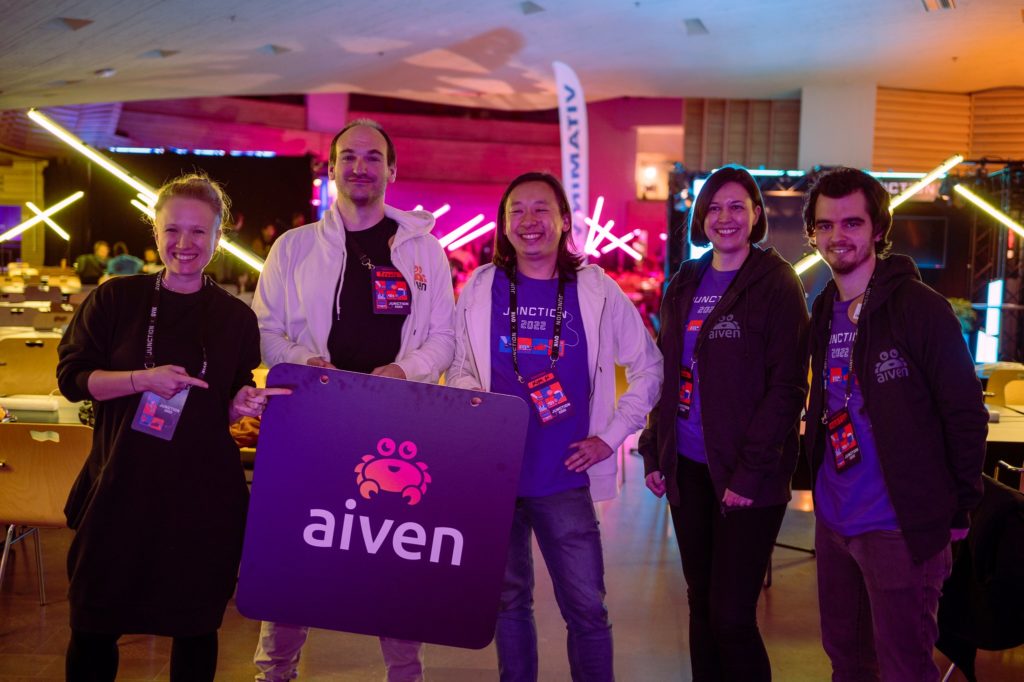 Troels, Kim, Paula, and Martin also participated in the Aiven side challenge with their idea.

One of their trademarks is always working on a technological solution and creating a working prototype. At first, a challenge about saving energy didn’t seem like their cup of tea, but then one of their team members thought of something: OLEDs — organic light-emitting diodes used, for example, in TV screens — don’t use energy when they’re off. The way OLED screens work is that only the currently needed OLEDs emit light, whereas the ones at the black parts of the screen are off. This results in a high-contrast image but also leads to the fact that the more black space there is on the screen, the less energy the TV consumes. And when is there usually a lot of black space on the screen? When watching a horror movie.

The team investigated the topic further and found a paper about OLEDs and energy consumption. It turned out that darker movies really do consume less energy than brighter ones. It was settled: Kim and his friends started working on the Aalto University challenge and saving electricity by watching horror movies.

They found an existing database of movie barcodes and created a piece of software that could be used to figure out the cost-per-frame of movies, utilizing current electricity prices and the energy usage data of a specific TV. By multiplying the data from the software, they had the information on how much a particular movie uses energy and costs to watch. Create a Chrome extension with that information, use it at netflix.com, and ta-da; the user can see the price of each movie while scrolling through their options.

We want to develop an interesting solution, but also ourselves.

For an individual user, the extension can only save some fractions of a cent per movie. When scaled up, however, the numbers add up and watching horror movies starts making a difference — considering we collectively spend around 6 billion hours watching Netflix each month. Even if the individual impact is not very big, Kim thinks their idea can raise awareness and help us understand the scope of the problems we have. “Entrepreneurship can put new ideas into the spotlight and support our sustainability efforts, just as the Sustainable Development Goals can provide new opportunities for entrepreneurs,” he says.

Kim is not sure if their idea has a lot of market potential this time, but they’re considering contacting Netflix in any case as a learning experience and to raise awareness. Even if saving the planet with horror movies won’t ever take off, the team doesn’t plan to stay idle — they already have set up a company, Healthy Mind Tech, with which they help companies and individuals apply the latest research and technologies in practice. They’ll also continue going to hackathons, Junction included. For the team, participating in hackathons is a way to take time off their regular schedules, do something new and grow as individuals. “We go to hackathons with a growth mindset. We want to develop an interesting solution, but also ourselves.” 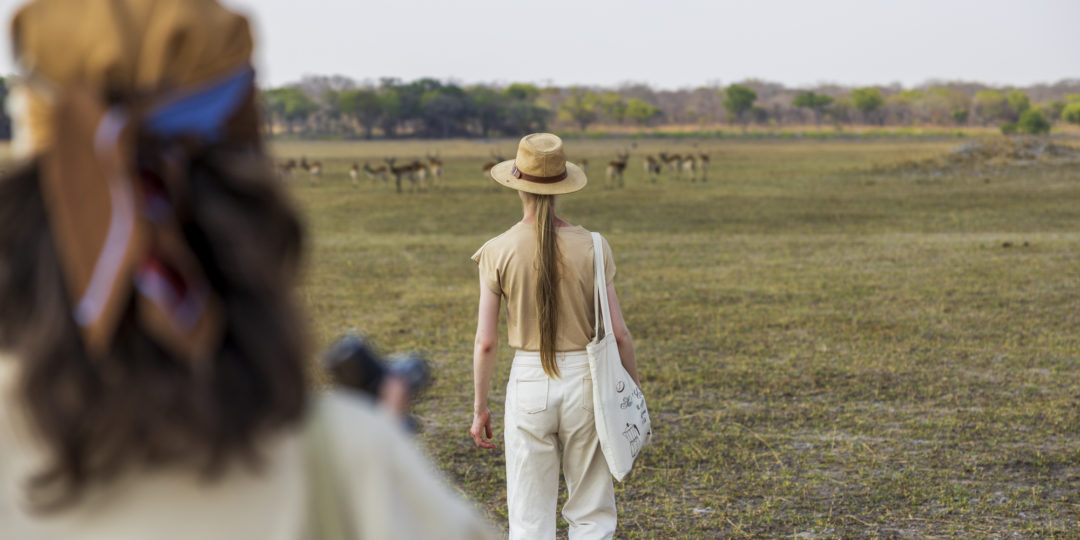 Four Aalto University students visited Zambia to work on a case for a local startup, together with students from Zambia, Kenya, and Uganda. They started their voyage with high expectations, but none of them could anticipate the most important lessons they'd learn.